Back in the 80s as a child, I used to like scaring myself by watching VHS vids of all the now classic horror films. Nightmare on Elm Street parts 1 (excellent and most scary), 2 (ridiculous), 3 (the coolest); Poltergeist 1&2 (avoided tiny old ladies & little blond girl for a few years); everything by Stephen King – Salem’s Lot and Pet Semetary especially (had me EFFED UP for nights). Now as an adult, I find modern horror stories mostly idiotic. Don’t run in there. Don’t have go on the dusty Ouija board you found in the loft. Don’t speak to weird old ladies with scary eyes who offer you random life warnings. Common sense. Also, the mark of a good horror film is to scare you, I truly don’t see the sense of spending money to be scared.

When it comes to black horror films, the same rule would apply except there aren’t many to ignore. I remember Eddie Murphy’s Vampire in Brooklyn (1995) and the very excellent for its absolute nonsense Tales from the Hood (1995) but that’s about it for me. Fast forward to 2016 and the news that one half of the excellent comedy duo Key and Peele, Jordan Peele was making a horror film… my interest was piqued. Further interest when British Blacklister Daniel Kaluuya was to be cast in a lead role, and that the theme would be racially skewed. Curiouser and curiouser.

The premise – Chris and his girlfriend Rose have reached meet-the-parents stage of their relationship, so Rose invites Chris to her parents’ home for the weekend. Upon arrival, a series of weird and creepy events lead Chris to realise, his suspicions about meeting his white girlfriend’s white family, are about to be validated in more ways than he could have imagined. So many little things set up the series of inevitable events right from the start. Subtle one liners and throwaway metaphorically deep comments here, carefully placed visuals there. It’s difficult to review without spoilers. But I’ll try.

Kaluuya as Chris Washington, is bloody brilliant. As a British Blacklister myself, I couldn’t have been more proud. We know he’s an excellent actor as evident when he played young Cass in Cass (2008); Posh Kenneth in the Skins series (2007 – 09); his underrated performance in Sicario (2015) etc. etc. Kaluuya’s expressive face doesn’t have to do too much to let us know, especially at crucial moments, that ish is about to go down. Chris is all of us watching the film, all of us in life who understand the rules of the dance. Get Out doesn’t keep him ignorant as most horror films do with their main characters. Chris shows us he’s aware things aren’t normal not long after he meets his girlfriend’s parents, but not in any way that preempts the unexpected shocking parts. 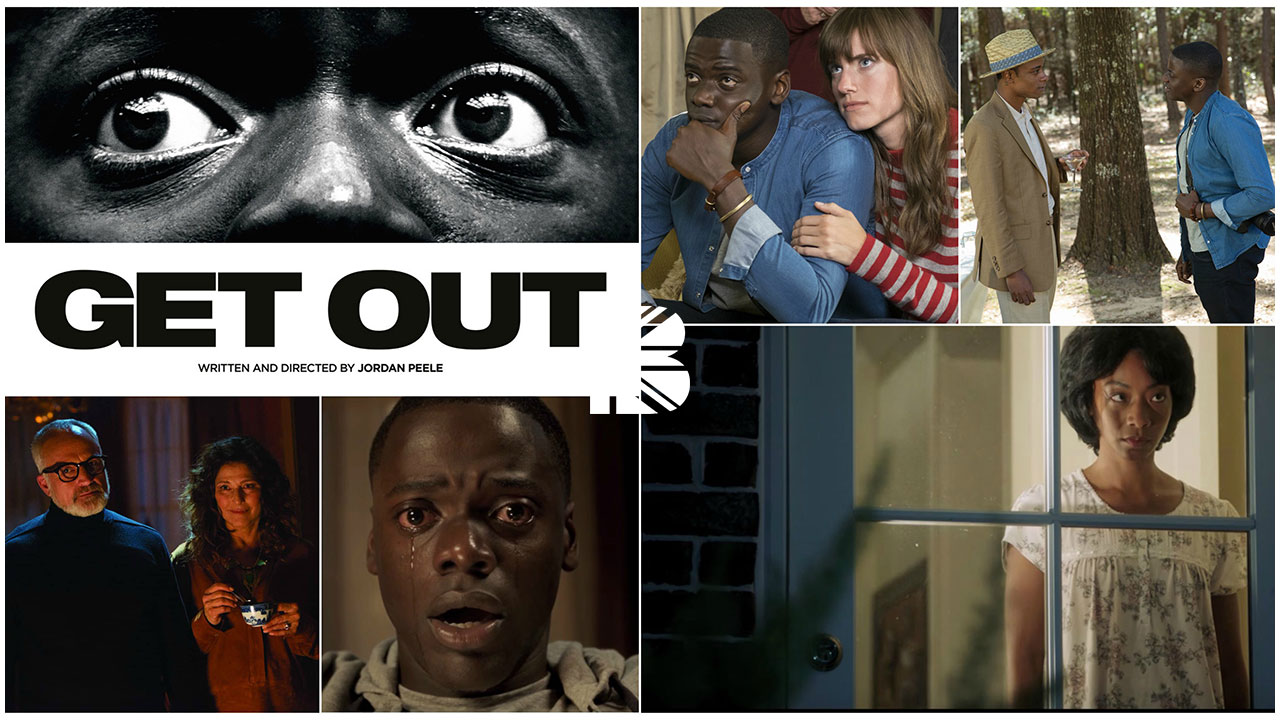 Williams (Girls) does well as Rose Armitage the blissful white girl with her lovely black boyfriend, who is brightly confident in her parents’ non-racism. Calming Chris down with the comforting reveal that her father would have voted for Obama if he was allowed a third term. I laughed and groaned at the line, because it’s a very typical ice-breaking clichéd truism that many black people in fish out of water situations have heard. But she’s sweet and lovely in that naive we are the world type of way.

So starts Chris and Rose’s journey to the parents home, in the remote suburbs. Meeting a racist cop along the way, Chris’ scepticism and Rose’s determination to protect her man from the prejudiced ills of the world are further reinforced.  When we get to the home and meet the parents, Missy Armitage (Catherine Keener – 40 Year Old Virgin) & Dean Armitage (Bradley Whitford – The  West Wing) they’re sweet and lovely but Chris senses pause for thought undertones of everything they say. Add to their weird vibe (that Rose is still so blissfully unaware of at this point), Rose’s brother Jeremy (Caleb Landry Jones – Friday Night Lights), who can’t hide his slightly deranged traits, and the family’s two black helping hands, groundsman Walter (Marcus Henderson – Halfway) and maid Georgina (Betty Gabriel – The Purge: Election Year) who smile a lot, are extremely polite, yet robotic and dead behind the eyes. It doesn’t take long for Chris to start thinking about how quickly he can make the journey home.

The couples’ visit coincides with Rose’s parents annual gathering of their rich white friends for food, wine and catch-up. All very nice and polite, yet inappropriate questions delivered with a smile have Chris on edge, not helped when he attempts to speak to the only other brother invited (Lakeith Stansfield – Atlanta) who has a breakdown when Chris tries to get him on side in analysing what is fast becoming a messed up situation. Now Chris is ‘woke’ to the understanding that he’s potentially a hostage, it’s a scramble to Get Out from the Armitage’s home; it’s also at this point where what has been a slow creepy film, turns full on horror.

Throughout the film, the one beacon of light is Chris’ best friend at home, Rod Williams (LilRel Howery). Providing the film with much needed comedic breaks, he’s the voice of reason and provides Chris with sensible rationale the more Chris realises things have gotten out of control.  This bro-homie-mance is important and great. Can’t say much more than that without spoiling it. But I like that Peele let Chris and Rod be exactly how they would if this were real life.

Overall Peele has done a brilliant job writing and directing Get Out. Testament to his comedy genius but also to his bravery, he’s held nothing back. Where at times, Get Out felt like it was part of an elongated Key and Peele sketch, Peele does well to reign it all in and stay on track. In saying this though, I can’t decide whether I feel like this because I know it’s from Peele and I’ve watched so many K&P skits that I’m unfairly seeing it through a lens I think I know. That aside, long sketch or not, it doesn’t spoil the overall film.

What’s great about Get Out is that it subtly and honestly deals with the apprehension black people feel around white people. It also doesn’t place racism at the helm of illiterate rednecks. These are rich white people y’all, who voted for Obama! Get Out plays on everyone’s fears of racism and prejudice and visualises them. As the story unfolds and we find out what the Armitage’s are up to and why, it wont be a big reveal to the black audience, and will probably be an annoyance to the white because of its simplicity. Which may be disappointing to those who go to watch this with high expectations. The marketing of this film, may be overhyping the RACISM aspect of Get Out because as I’ve said, everything is subtle, nothing we are given is new information. This is not to be handled with a Dear White People expectation (a film which was overly mis-marketed so ultimately disappointed). It’s all about the inventive way a never-ending issue has been handled.

Oh and another thing, this is definitely one for black women [insert WINK emoticon here].

Waiting impatiently for everyone in the UK to catch up so the think pieces, debates and relation to the memes can begin!

Summary This will be an awkward watch for some, a breath of fresh air for others. In my opinion Get Out is like the satirical prequel to Raoul Peck's James Baldwin documentary, I Am Not Your Negro. It's a must watch. 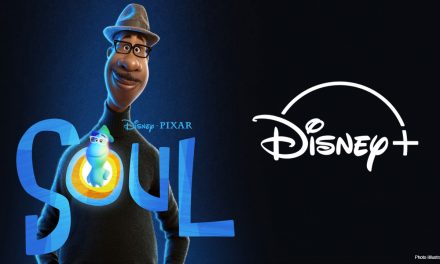