500 WORDS the writing competition returns for the sixth year, and children around the country aged between 5 and 13 years of age are encouraged to get creative and send in their amazing stories by 7pm on Thursday 25 February.

The competition asks children in the UK aged 13 and under to compose an original work of fiction using no more than 500 words. Entries are in two categories: 5-9 years and 10-13 years. Budding young writers have until 7pm on Thursday 25 February to submit their stories.

To tie in with the BBC’s celebration of Shakespeare – to be announced by Director-General Tony Hall later this week – the final will take place in a spectacular live broadcast from Shakespeare’s Globe in London. New this year, every single child who enters will be entered into a ballot to attend this show along with the finalists.

Bob Shennan, Controller of BBC Radio 2, says: “Since 500 Words was launched in 2011, over 450,000 stories have been written by children, all keen to hear their creations read aloud on The Chris Evans Breakfast Show. I’m immensely proud that Radio 2 offers such a distinctive range of programming, especially 500 Words which inspires so many children across the UK to put pen to paper. I hope parents will encourage their children to take part in 2016 to give us another record-breaking year of entries.”

Last year, The Duchess of Cornwall hosted the live Final in the beautiful surroundings of St James’s Palace and presented the Gold medal winners with their prizes. For this year’s competition, HRH joins the esteemed 500 WORDS Judging Panel – Malorie Blackman, Charlie Higson, Frank Cottrell Boyce and Francesca Simon. They will all read the shortlisted entries, debate them and ultimately decide who will be the 2016 winners.

As part of the BBC’s celebration of Shakespeare, on Friday 27 May, the finalists will come to Shakespeare’s Globe for a special live broadcast of The Breakfast Show where the winners will be revealed. Plus, new this year, every single child who enters will be entered into a ballot for the chance to attend the final as well. The winning entries will be announced and read out by some ‘superstar narrators’.

Also new for this year, there will be a series of short films presented by well-known names including Naomie Harris, Sheila Hancock and Horrible Histories actor Ben Willbond. The films will provide inspiration, hints and tips for anyone interested in the competition – entrants, parents and teachers alike.

Coming next month to Radio 2, Sheila Hancock presents 500 WORDS: The (Short) Story So Far (Thursday 18 February, 10-11pm). The documentary plots the story of 500 WORDS since its beginning in 2011, and hears from the competition’s creator, Chris Evans, the volunteer judges who have helped him along the way, and the young people whose lives have been changed by putting pen to paper.

Last year, an astounding 120,421 children put pen to paper and entered the competition – all of the stories were analysed by Oxford University Press (OUP) to find out more about the words and language used by children. In 2015, OUP crowned ‘hashtag’ and the symbol ‘#’ as Children’s Word of the Year. Since 500 WORDS first launched, over 450,000 stories have been written and OUP have analysed over 170 million words from the competition, making it the largest database of children’s writing in English available today. OUP’s findings are being analysed by language researchers at the University of Oxford to understand how best to teach reading and writing to children and improve levels of literacy in the UK. OUP continue to broaden and extend their research and will be analysing all the entries received this year.

BBC Radio 2 is the most listened-to radio station in the UK and has a weekly audience of 15.4m (RAJAR Q2 2015). The output of the station is highly distinctive, with its entertaining popular music programmes and speech-based content, such as news, current affairs, documentaries, religion, arts, comedy, readings and social action output, reflecting the diversity of the UK.

Full terms and conditions are available at bbc.co.uk/500words. On the website, children will find an array of tools to inspire them, such as the Alphabot – a friendly robot who lives on the site – and helps kids combat writer’s block. 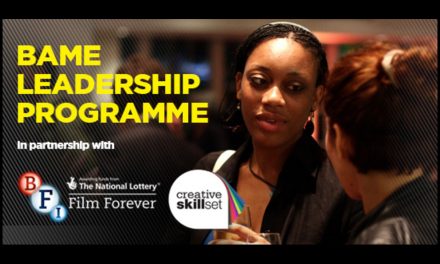