Warning: Use of undefined constant TDC_PATH_LEGACY - assumed 'TDC_PATH_LEGACY' (this will throw an Error in a future version of PHP) in /home/customer/www/thebritishblacklist.co.uk/public_html/wp-content/plugins/td-composer/td-composer.php on line 109
 Applications for 2016 BAFTA Breakthrough Brits Now Open. Deadline 5pm, Monday 30 May 2016 | The British Blacklist

Do you know the next Breakthrough Brit?

Launched in 2013 in partnership with Burberry, Breakthrough Brits showcases and supports the next generation of British creative talent in film, TV and games. Each year, up to 20 on-screen and off-screen talented newcomers who are making a name for themselves as performers, or in craft specialisms, in film, television and games are selected by a stellar industry Jury to take part in a year-long mentoring and guidance programme.

Successful Breakthrough Brits receive non-voting membership of BAFTA for a year, giving them free access to BAFTA events and screenings and to the member’s space at 195 Piccadilly. In addition, BAFTA will support each Breakthrough Brit by working with them to tailor a programme of support, mentoring and career development in conjunction with industry professionals.

Applications are accepted from individuals of all backgrounds whether their experience is via formal education and/or employment or non-traditional routes.

If you have recently completed your first or second feature film, TV project, or game in a leading and impactful role, or you know someone who has, BAFTA want to hear from you!

Writers, producers, performers or directors, applicants must have, at the time of application, completed at least one, but no more than two projects on which they had a lead role.

If from any other craft area, applicants must have, at the time of application, completed at least one project on which they had a lead or impactful role.

Applicants must have a professional credit on a piece of work that has been, or will be:

Applicants must Have a professional credit on a piece of work that has been, or will be, published or released in the UK between August 2015 and August 2016, or is reasonably expected to at the time of application.

Have completed, at the time of application, at least one project on which they had a lead or impactful role. 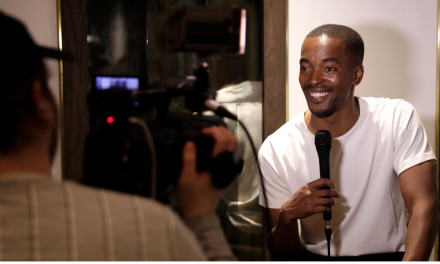