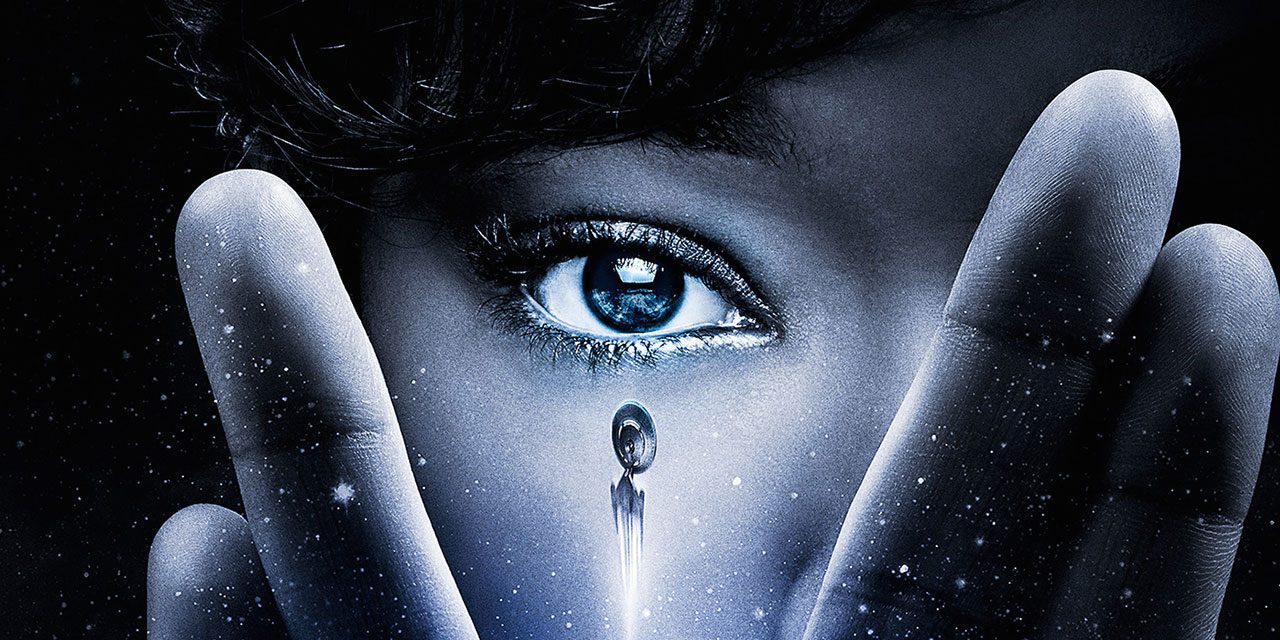 Last Monday saw the long-awaited US premiere date for Star Trek: Discovery confirmed as September 24th, 2017, on CBS, and we breathed a collective Hallelujah as this meant a UK premiere of Monday 25th September on Netflix!

First ordered to series in 2015, we have waited 2 years for this. Yet, it seems that the 12 year hiatus between the last instalment (Star Trek: Enterprise, 2001-05) and this one, has been so long that some so-called Trek fans have forgotten the legacy of creator Gene Roddenberry – to reflect the best of humanity whilst questioning what it is to be human.

Whilst we rejoiced at last month’s first trailer release, there has been a backlash to the lack of a white alpha male in charge. I guess they missed the bit where Michelle Yeoh is Captain Philippa Georgiou of the USS Shenzou, and Harry Potter’s Jason Isaacs is Captain Gabriel Lorca of the title ship, USS Discovery, NCC-1301! Because we sure didn’t.

We were a little disappointed when it was announced that the franchise’s first black female central cast member since Nichelle Nichols’ Lt. Uhura [read TBB’s interview with legendary Ms. Nichols here], and the first African American female principal character ever, was not to be a captain, but a first officer… which is still a first. We saw it from the point of view that in the racist misogynistic 60s, Uhura played a trusted bridge officer and away team member, occasionally took command of the Enterprise and was one of several female helmsmen who sometimes stood in for Lt. Hikaru Sulu. In parallel, human-Vulcan Science/ First Officer Spock (Leonard Nimoy) questioned what it was to be human.

In The Next Generation (1987-94), we had 2 central cast members in Levar Burton’s Chief Engineer, Lt Cmdr. Geordi LaForge, and Michael Dorn’s Chief of Security/Tactical Officer, Lt. Cmdr Worf, plus recurring character, Whoopi Goldberg’s wise bartender and Picard confidante, Guinan. Android Data (Brent Spiner) questioned what it was to be human.

In Deep Space Nine (1993-1999), we had the first African American principal character in Avery Brooks’s Benjamin Sisko, who was initially the Commanding Officer of the station until being made Captain when the station gained the warship USS Defiant for the Dominion Wars at the end of series 3. His son, Cirroc Lofton’s Jake, grew up with a strong father-son bond and became a writer/ journalist, and Worf transferred to the space station as tactical offer in series 3. Penny Johnson Jerald’s Captain Kasidy Yates of the freighter Xhosa, was a recurring character. In parallel, Shapeshifting Security Chief Odo (Rene Auberjonois) questioned what it was to be human. 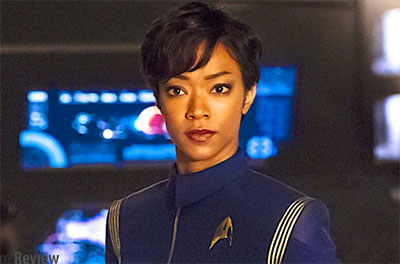 In Voyager (1995-2001), we had Tim Russ’s Vulcan Chief of Security/Tactical Officer, Tuvok, and a Native American First Officer Chakotay (Robert Beltran). This series addressed the gender balance more, with a female captain, chief engineer and Borg astrometrics navigator Seven-of-Nine (Jeri Ryan) who, along with the holographic doctor (Robert Picardo), questioned what it was to be human. Enterprise was probably the most conventional series, and was generally a let-down, with only Anthony Montgomery’s Ensign Travis Mayweather at the helm.

So, Sonequa Martin-Green was cast as the series lead, Lt. Michael Burnham. But, it was the trailer which sparked the most outrage, as the series’ YouTube page was bombarded by comments labelling the show a “SJW” [social justice warrior] plot aimed at shoving “political correctness,” “forced diversity,” and “cultural Marxism” down viewers’ throats. It was on Twitter that the show’s diverse cast was proclaimed evidence of a “white genocide” conspiracy, aimed at eliminating the white race from the face of the Earth. One even complained that, “only one white cast member & surprise-he’s gay!” Sorry, we can’t stop laughing, because… LOOK at the cast photo. All you need to be able to do is count to three! Oh, and the guy to Martin-Green’s left is her husband, and not a cast member

The popular Walking Dead actress chose the week of the premiere date release to respond with dignity, “I would encourage them to key into the essence and spirit of Star Trek that has made it the legacy it is — and that’s looking across the way to the person sitting in front of you and realizing you are the same, that they are not separate from you, and we are all one. That’s something Star Trek has always upheld and I completely believe that is why it’s been a mainstay in society in the hearts of so many people for so many decades.

“I would encourage them to look past their opinions and social conditioning and key into what we’re doing here—which is telling a story about humanity that will hopefully bring us all together…. It’s hard to understand and appreciate Star Trek if you don’t understand and appreciate that. It’s one of the [fundamental] principles of Star Trek and I feel if you miss that, then you miss the legacy itself.

“I’m incredibly proud to be the lead of this show and be at the forefront of an iteration of Star Trek that’s from the eyes of a black woman that’s never been done before, though obviously there’s been other forms of diversity that have been innovated by Trek. I feel like we’re taking another step forward, which I think all stories should do. We should go boldly where nobody has gone before and stay true to that.”

She also revealed more about her character: Burnham was the first human child to attend the Vulcan Learning Centre, where she meets and establishes a close relationship with Spock’s Vulcan father Sarek. She goes on to be the first human to attend the Vulcan Science Academy, which may affect the way she processes emotions by the time we meet her. So, it seems that she may be the link which forges the close relationship between Earth and Vulcan, and may also be the character to question the foibles of humanity, as she also says, “I have an inner war and it’s a journey of self-discovery and finding out what it means to be alive, to be human, to be a Starfleet Officer, what it means to be a hero… I have the Vulcan conflict in my life from Sarek and Amanda [his wife, Spock’s human mother], so there’s always going to be that inner conflict with me. But, I think that its relatable, because we all have some kindk of inner conflict going on – who we are versus who we present ourselves to be. There’s a lot to be discovered.”

So, roll on September 2017. Maybe by then these so-called white supremacists will have got their eyes tested and learned to read. It irked us more than usual, after hearing that the co-directors of the Han Solo movie, Phil Hall and Chris Miller, were to be replaced by Ron Howard. It was the dawning realisation that the 3 up-and-coming African American actresses who were frontrunners for the lead role had also been usurped by one white actress who had shown A LOT of skin in her debut role as she complained of vengeance against The Usurper. And. Breathe!

Check out the extended second trailer, giving a fitting precis of the Star Trek Universe.

Star Trek Discovery will air in the UK on Netflix Monday 25th September 2017. 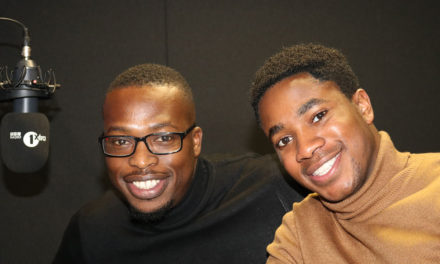 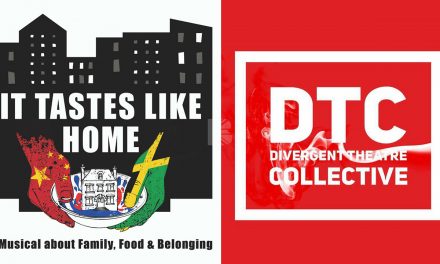 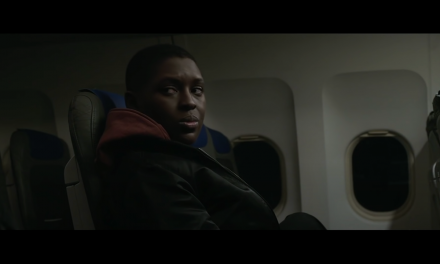