BBC Introducing, the BBC’s new talent scheme which gives undiscovered and unsigned music artists a platform, will for the first time feature world music in 2015, through working with BBC Radio 3.
As the only dedicated world music programme on network radio, BBC Radio 3’s World On 3 programme will help to discover and champion emerging roots-based talent around the UK; through working with BBC Introducing, the unsigned artists will be offered high profile performance opportunities and a platform for their music.

World On 3 regularly features high profile musicians from around the world and appears at industry festivals WOMAD, Celtic Connections and WOMEX. Through partnering with BBC Introducing, Radio 3 will give new unsigned world music artists a platform through regular air-time on World on 3.

Artists who play roots-based music from any culture are invited to submit their tracks to the BBC Introducing website, and the expert presenters and producers at World On 3 will then choose a selection of the best tracks to play on the programme. The crème de la crème will also be invited onto the show for regular live sessions and offered an opportunity to appear at festivals where BBC Radio 3 hosts a stage such as Womad and Celtic Connections. Through BBC Introducing, the artists will also be offered wider opportunities to appear on other network BBC radio stations and platforms.

The collaboration between BBC Radio 3 and BBC Introducing is part of BBC Music, a commitment made by the Director General of the BBC, Tony Hall, to celebrating Music across BBC platforms.

World On 3’s Mary Ann Kennedy will present two live performances by bands from across the globe on Friday 16 and Friday 23 January. On Friday 30 January, Lopa Kothari will present concert highlights from the festival, plus live sessions from BBC Glasgow’s Pacific Quay.

In February World On 3’s music will available on the BBC’s Playlister. Listeners will be able to add the production-curated playlists to their own personal playlist. These tracks will consist of a track by the featured session artist, plus that artist’s Heritage Track – the songs that inspired and influenced their own music. The weekly sessions are also now available as a podcast from the World On 3 homepage too.

The Album Of The Month will see Mary Ann and Lopa inviting top names from the world of music and the arts to choose, and discuss a recent album release.

Plus the recently launched Radio 3 World Music Archive will continue to provide listeners with gems from the vaults, with more than a decade of Radio 3 on-location recordings. Many of the programmes featured have highlighted music traditions that are in danger of disappearing.

BBC Music officially launched in October  2014. Led by Bob Shennan, Director, BBC Music, it is the BBC’s strongest commitment to music in 30 years, comprising of an ambitious wave of new programmes, innovative partnerships and ground-breaking music initiatives, designed to strengthen its place as a world leader in music broadcasting and commissioning, and enhance the UK’s position as a world leader in music creation and performance.

Landmark music programming across BBC Television and Radio includes the BBC Music Awards on BBC One, Radio 1 and Radio 2 in December 2014 as well as a regular music slots on The One Show, putting more music on the country’s most popular TV channel.

A number of productions are under way, including Ten Pieces, an initiative working with the BBC Performing Groups, which aims to introduce and engage primary school children right across the UK with ten pieces of classical music. Talented new artists are given a platform via BBC Music’s 17 emerging talent schemes – from BBC Introducing, BBC Young Musician and BBC Young Folk Award. 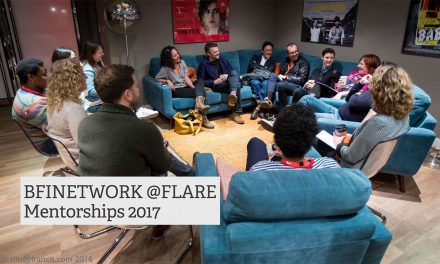