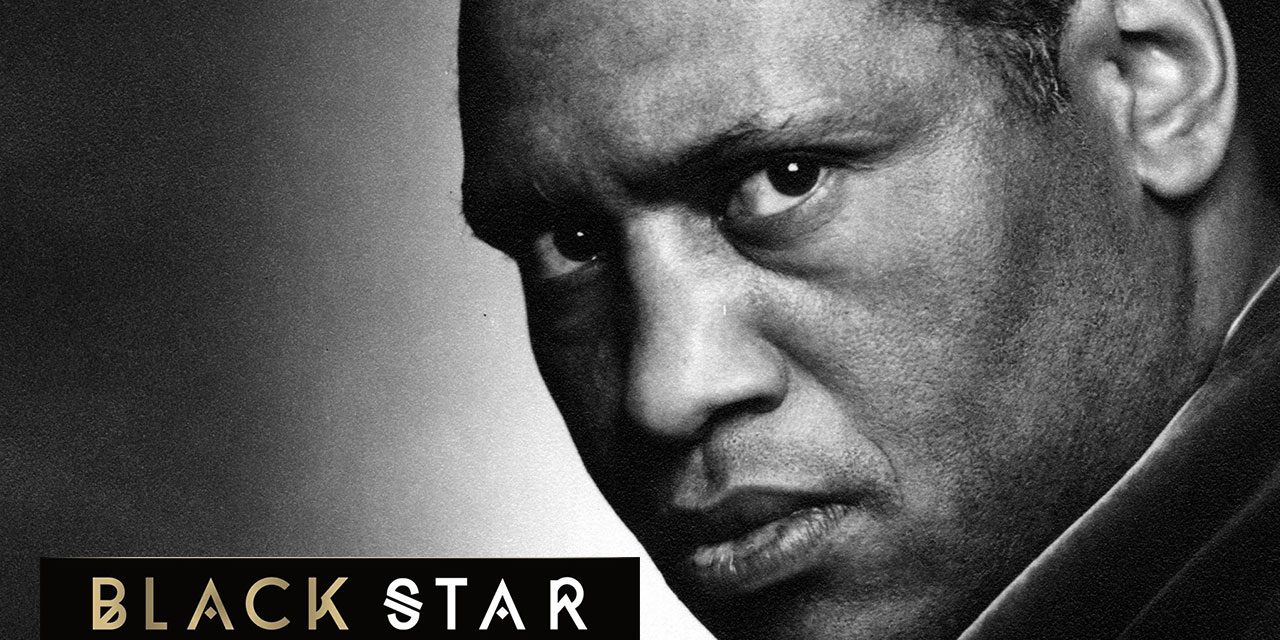 The BFI is celebrating the work of the towering Paul Robeson (1898-1976) as part of its BLACK STAR season and new Black Britain on Film collection, aiming to bring his work and legacy to a new generation of fans. The American-born actor, singer, athlete, lawyer and political activist was a true transatlantic trailblazer with a central role in the American Civil Rights Movement who found fame in the UK and went on to make a significant impact in British film and theatre.

Paul Robeson travelled to the UK in the late 1920s, searching for opportunities that were not available for black actors in America at the time. In the UK, he took to both stage and screen, becoming the first black actor to play Othello (1930) in over a century and originating the iconic role of ‘Joe’ in the West End theatre production of Show Boat and later in the film adaptation, which went on to become a box office hit.

Determined to break through the stereotypes associated with black actors, Paul Robeson was insistent on playing challenging and insightful roles and this can be seen through his work, particularly in The Proud Valley and Song of Freedom, the two films he cites as his most significant.

“In addition to Paul Robeson’s myriad talents as an entertainer, he showed extraordinary moral courage and political conviction at each step. In Britain, he enjoyed a phenomenally successful screen career, effectively becoming the UK’s first black screen star. In the case of Big Fella (dir. J. Elder Wills, 1937), Paul Robeson was given final cut approval, an unprecedented option at the time for an actor of any race”. – Ashley Clark, BFI BLACK STAR Season Programmer

The BFI’s Paul Robeson retrospective will include screenings at BFI Southbank in London. As part of the BFI’s Black Britain on Film project, newly digitised versions of Paul Robeson films will also be available on BFI Player from 11 November to audiences across the UK. BFI’s Film Hub Wales, together with venues across Welsh communities, will be conducting an immersive nation-wide tour of a remastered version of The Proud Valley. Filmed on location in the Rhondda Valley coalfields in Wales, The Proud Valley was significant in its portrayal of the struggles of the Welsh working class. The tour will launch in Cardiff on Sunday, 13 November, where the screening will be accompanied by a performance from the Treorchy Male Choir and followed by a panel discussion, exploring Paul Robeson’s impact on Welsh life, politics and in particular, the mining communities.

Also on display during the season is the exhibition Paul Robeson: Black Star, which runs until 22 January in the Mezzanine Gallery at BFI Southbank. Included are original posters from the BFI National Archive and the Separate Cinema archive; original press campaign books for films; Edward Steichen’s 1933 Vanity Fair portrait of Robeson and there is also a chance to hear Robeson singing in short compilation The Black Emperor and in a featurette from Mining Review 2nd Year No. 11: A Star Drops In.

With Paul Robeson, Marshall Rogers, Lawrence Chenault
In his screen debut, Robeson delivers an electrifying performance as an escaped convict trying to pass as a local preacher in the Deep South. Body and Soul, which firmly established the ‘Micheaux style,’ is a seminal film in the history and advancement of black cinema.

With Paul Robeson, Leslie Banks, Nina Mae Mckinney, Charles Carson,
British Commissioner Sanders rules the West African territories in the manner of a strict father, watching over his subjects with a combination of force and indulgence. When Sanders takes a period of leave, his kingdom falls into disarray, until order is restored with the help of the loyal chief Bosambo (Robeson).

With Paul Robeson, Eslanda Robeson, Hilda Doolittle, Gavin Arthur
Robeson and his wife star in his tense, fragmented psychological thriller about an interracial love triangle. Pete and Adah are reunited when Adah discovers her lost love is working in a nearby hotel, but her new partner, a white man, erupts into a deadly rage. Formally and socially innovative, this groundbreaking film uses what lesbian poet HD (also starring) called ‘clatter montage’ to draw out the raw, emotional inner worlds of its diverse cast.

With Paul Robeson, Elisabeth Welch, Esme Percy, Ecce Homo Toto
A lowly London dock-worker suddenly finds fame and fortune as a world-famous opera singer, then uses his wealth to seek out his African heritage. Robeson, in the lead role, is a powerful onscreen presence in this unusual and entertaining early Hammer drama, which includes highlights such as ‘Sleepy River’.

With Paul Robeson, Irene Dunne, Allan Jones, Helen Morgan
A stunning screen version of the ground-breaking Jerome Kern/Oscar Hammerstein II musical, itself based on the Edna Ferber novel, about life on and around a Mississippi steamboat. Robeson had played the role of Joe, the stevedore, over 500 times on the stage, and his rendition, in a tour-de-force four-minute sequence, of ‘Ol’ Man River’ is a definite highlight of the film.

With Paul Robeson, Henry Wilcoxon, Wallace Ford, Princess Kouka
Despite saving the lives of his comrades aboard a torpedoed military ship, courageous American WWI soldier ‘Jericho’ Jackson (Robeson) is unjustly sentenced to death after he’s involved in the accidental death of a sergeant. Escaping and fleeing to Africa, Jericho becomes the powerful leader of an Arab tribe.

With Paul Robeson, Cedric Hardwicke, Roland Young, John Loder, Anna Lee
Africa, the 1880s. Umbopa (Robeson), the dispossessed King of the Kukuana people, is determined to return home and reclaim his throne. He poses as a guide and accompanies a group of English explorers on a perilous journey to his homeland, and the gold mines of King Solomon.
When they reach Kukuanaland, Umbopa reveals to the explorers his true identity, and takes charge of the expedition. The explorers support Umbopa in his battle to defeat the evil, one-eyed King Twala. After the battle, Umbopa is restored to his throne, and in gratitude to the explorers he leads them to the gold mines of King Solomon. Umbopa has to rescue them when they are trapped in the mines by the ancient witch doctor, Gagool, believed to be hundreds of years old. Umbopa becomes the proud king of an independent African country.

With Paul Robeson, Edward Chapman, Edward Rigby
As an African-American stoker who finds work down the pit in a Welsh mining community, Robeson, in his last British feature, was provided with his best screen role, and the one of which he was most proud. The Proud Valley is a gritty and heartfelt social drama, most memorable with Robeson’s moving performance of the spiritual ‘Deep River’.

The highlight of this 1949 issue is the visit of American actor and singer Paul Robeson to Woolmet Colliery near Edinburgh. Robeson was also a renowned (and often persecuted) left-wing political activist and he made several visits to British mining communities. On this occasion he sings ‘I Dreamed I Saw Joe Hall Last Night’ for miners in the canteen.

Paul Robeson was one of British cinema’s most bankable stars of the 1930s and his 1937 feature Song of Freedom was repurposed after the war for home viewing. This short extract charts the rise of his character John Zinga to stardom as an international opera singer. It features two songs from the film, Stepping Stone and the song from the onscreen opera, Black Emperor. 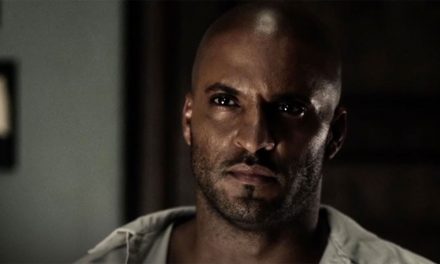 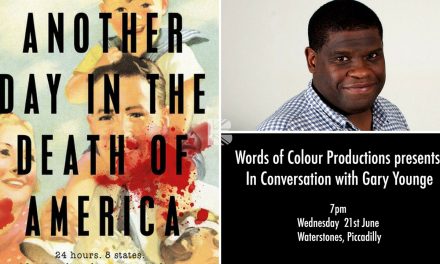 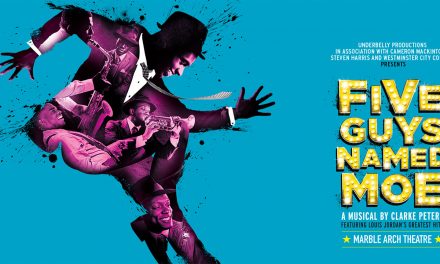