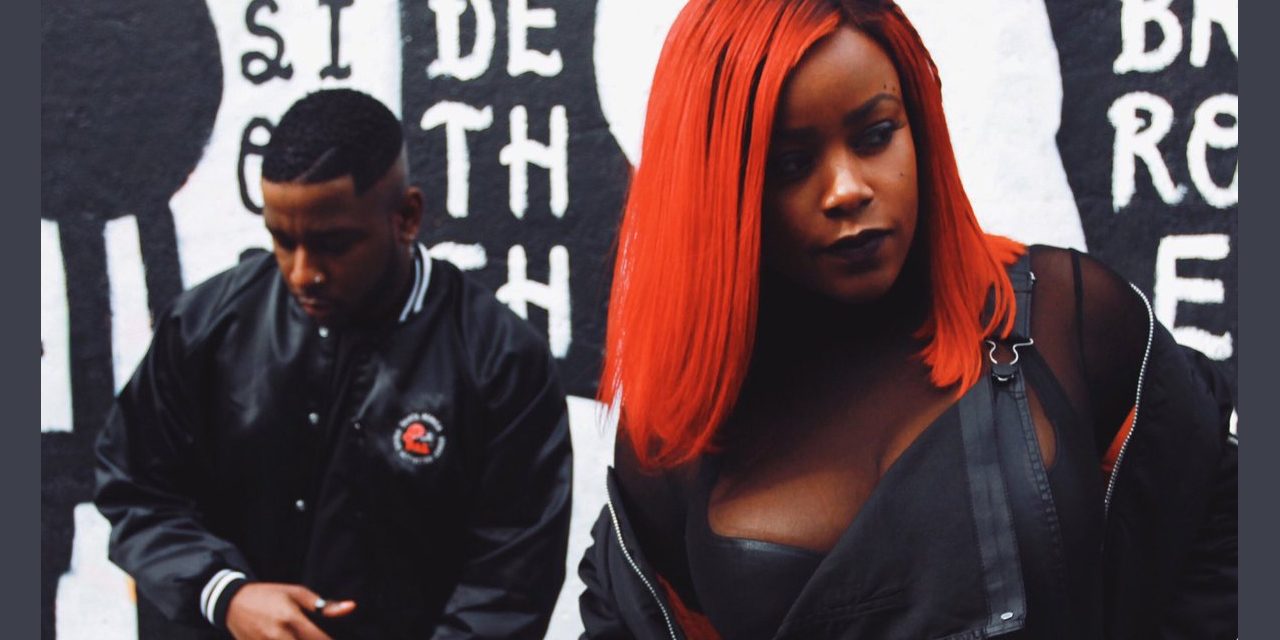 Three years after releasing their seminal debut EP Coalition which birthed breakthrough singles such as Skyline and Soldier, London-bred alternative R&B duo Dora Martin are back, and are proud to announce their long-awaited and highly anticipated sophomore EP, Him, Her, Them.

The first offering from the forthcoming EP is lead single, Another Life and its accompanying music video. Written by Dora Martin, and produced by SOS (Sons of Sonix).

Another Life and the EP has received support so far from BBC Radio 1Xtra where the single premiered on DJ Ace’s show, MTV’s The Wrap Up, Revolt, DaVibe in France and a few other key blogs. Jessie J, Wretch 32, Wiley and several other of their peers have also shown support through social media.

The name Dora Martin, where did it come from? Given your actual names are Jermaine and Cherri?

Cherri: When we had decided to produce a project together, there were talks of a joint mixtape named C.J., Cherri Jermaine, V Riley – all these randoms. Not those specifically, but you catch the drift. After deliberating, we decided to create another entity, one where we could take a different stance creatively and explore areas neither of us have as solo artists. At the time I was touring the entire universe as a backing vocalist and support act for Jessie J. So Jermaine got into the habit of calling me ‘Dora the Explorer’ anytime we’d speak on FaceTime. I always referred to Jermaine as the dream chaser, believer with limitless tenacity as a creative, and I often referenced the Martin Luther King speech “I have a dream…” – so pairing the two names together we decided upon Dora Martin.

How did you two start making music together? When did you experience ‘that moment’ when you thought ‘yes! This could be a musical success’?

Jermaine: I think the moment we knew we were onto something was after we recorded and released the video for, Peaceful Day, a song off of my, Hello Earth album. The feedback from both our fan bases was really positive and everyone was encouraging us to do a project, even if it was just a mixtape, together. I suppose we discovered it was going to be something special when we started to record, Love Insaniac, off our Coalition EP. It was a song our talented singer/song writer friend J Warner wrote and pitched to Cherri initially for her next solo project, but because it had such a unique sound Cherri thought it could be a great starting point for us as a duo. We recorded it and everything else began to fall into place.

Describe Dora Martin’s sound, what genre would you put yourselves under?

Cherri: I describe our sound as R&B with English excellence, or more simply put, Alternative R&B. We have taken it upon ourselves to inject the English accent back into R&B and feel like it’s been widely received, across the pond especially. Our U.S. supporters appreciate the fact that we don’t sound American and we feel like it does give us a fresher sound.

You’re both songwriters as well as singers, why do you think it’s important to write your own material?

Cherri: I think it’s great if you can write. I think it’s very apparent to the audience when a song is meaningful, emotive and personal. You share your own experiences or you pull from the people closest to you and that way it just flows in the creative process. I’m just grateful for the gift of song and the ability to pour from my heart and transform that into melody.

Jermaine: If you’re gifted enough to be able to express yourself through writing, it’s definitely something you should do, because it gives people a sense of who you are. People love to know that the music is coming from a genuine place, which is why I think the honesty and openness of Adele really resonates with people. They know those are her words. They know it’s coming from the horse’s mouth, so to speak, so it really helps her connect to people through the song.

It’s been three years since Coalition, has anything changed from you both as a duo with this next project?

Cherri: We were fortunate to tour for about a year after the release of Coalition and see the effects of our five track EP. We then went on to release solo projects; I featured on a top 20 record with Lethal Bizzle (The Drop), got married, toured with Eric Benet, whilst we slowly finished writing and recording this new project. We decided to tackle some raw subjects on this project so we are a little more open.

Jermaine: Honestly, I think we both grew a little more in regards to focusing on life outside of music and the importance of it. Personally, after my last project I needed a bit of a time out. I was just releasing project after project so I definitely needed a break to focus on other things. I think it’s really helped. Now I’ve come to appreciate REAL life a lot more – friends and family – and naturally got that excitement back again to put out music.

Tell us about Him, Her, Them, what is the EP about and where did you grab inspiration from?

Cherri: Life mainly. We are both in committed relationships. I’m married. So the conversations had in our heads and out loud with our partners are played out a lot on this EP. When you hear an R&B song you usually get one perspective, with our project you get both, as opposite as they may be, all described, on one record. That’s the beauty of this collaboration. Every song is like a conversation from boy to girl, matters of the heart, and difficult exchanges.

Jermaine: What’s funny is that we wrote the songs not even realising that they were centered around the male and female perspectives until they were finished. I kind of took a step back and noticed, “Wow! These really related to the chosen title.”

Who has produced on the EP, why did you choose to collab with them?

Jermaine: We headed back to our Dora Martin roots with two of the songs, since they were produced by Truth, the same guy who helped us create, Skyline. We also reached out to SOS and Prgrshn for the other tracks, who we’ve been connected to for years. SOS are direct family of Harmony Samuels, who’s produced singles for us both as separate solo artists and Cherri’s recorded several songs with Prgrshn and the Parallel imprint at the very beginning of her journey as an artist, Angel included. It’s only now we’ve realised how foundational the project is and how it’s all come about full circle.

Do we have a tracklist (could we get an exclusive?!)

Jermaine: We’ll release the tracklist once everything is finalised. We’re literally at the brink of wrapping everything up but with Dora Martin as a whole, we’re so particular about the details that we don’t want to jump the gun before we have everything set in stone.

What’s your favourite track on the upcoming EP?

Jermaine: Mine is, Colours. It just sounds like some kind of R&B Lion King vibe! It’s big, bright and cleverly written, if I do say so myself. Once again, it’s a song about the male and female perspective. It’s basically about how the two different sexes tackle issues in a relationship. Which is why Cherri has more lines in the verses than me; girls usually want to talk more and guys just say what they feel they need to and act as though they can’t be bothered. The girl is all emotive and the guy usually shuts down – but they both have good intentions.

Cherri: My favourite track changes each week. At the moment it’s, Paper Lantern. I think this one will pull on some heart strings as it is about love lost, hope and faith. I relate to this song from a few different angles and I’m really interested to see how our supporters will interpret this one.

Tell us a bit about the, Another Life video, did you both have any creative direction involvement?

Cherri: We totally had a lot of input. Although directed by Bobby Cray we all threw in our ideas and had a clear vision of the storyline in mind. The lyrics are so important in this song and we were adamant to get the message across. Especially because the concept can initially seem like it’s coming from a bitter place. As unmanaged and unsigned artists, we are so proud of this video and feel it’s our best to date!

Jermaine: We most definitely had an involvement. Bobby was up for that team effort and that’s how we’ve always worked with every director. Concept, styling, and choreography was taken care of by us and every shot in the video from top to bottom was graded and edited by me, so I was super proud when it came out. It was definitely a triumph because it’s such an independent piece of art.

What do you want listeners to take from Another Life?

As individuals, who are your musical inspirations?

Cherri: J Warner and James Fauntleroy are two of my favourite writers. Whitney Houston will always be a vocal blueprint for me, I don’t think that’ll ever change to be honest. Jermaine inspires me always. As an independent artist, songwriter and all round go getter!

Jermaine: I’m equally as inspired by Cherri. You’ve got to be on your A-game when working with her, as both a singer and song writer, so it’s definitely made an enhancement to my artistry. Anyone who knows me will know that Michael Jackson and Usher will always be at the grassroots of what I do. However, at this stage and with this particular project I didn’t want too many outside elements to influence me or us. I didn’t want us to sound like anyone out right now or anything in recent times. A lot of it sounds the same.

Any artists, dead or alive who would you like to collaborate with?

Jermaine: Would love to work with Stevie Wonder.

What’s your favourite song on your iPhone/iPod right now?

Cherri: I Can NOT stop listening to this new anonymous artist named H.E.R. – She has a newly released EP out now and it’s literally simple, moody, atmospheric R&B that’s so relatable and emotive. You should check H.E.R. out!

Jermaine: My favourite song right now is, Don’t You Wait by Solange. It’s constantly on repeat! I wish I wrote it! The melody choices are so perfect.

After your sophomore EP Him, Her, Them what are Dora Martin up to?

Jermaine: Well the yellow brick road that is the EP is leading to a headline show at some point next year. We want it to be an experience unlike other shows that you would just go to, stand up and listen, and go home. So it’s going to take time and effort but it’s going to be so worth it. We want the audience to leave with a clear sense of who we are as Dora Martin and the messages within the music.

Dora Martin have a show headline show in November! Follow them on all their social media profiles to stay updated! 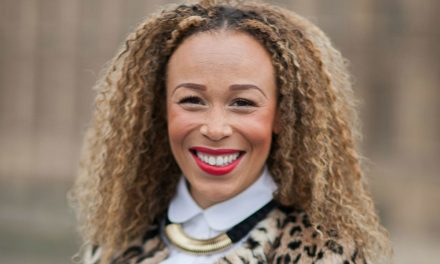 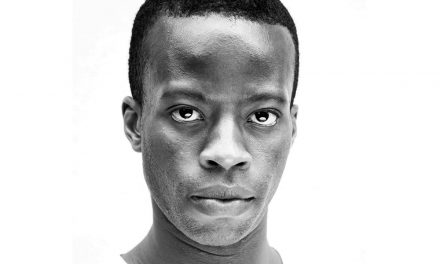 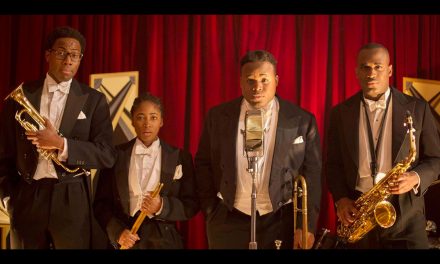