Warning: Use of undefined constant TDC_PATH_LEGACY - assumed 'TDC_PATH_LEGACY' (this will throw an Error in a future version of PHP) in /home/customer/www/thebritishblacklist.co.uk/public_html/wp-content/plugins/td-composer/td-composer.php on line 109
 Chewing Gum Series 2 Finale – Excellent (With a few issues… ) | The British Blacklist 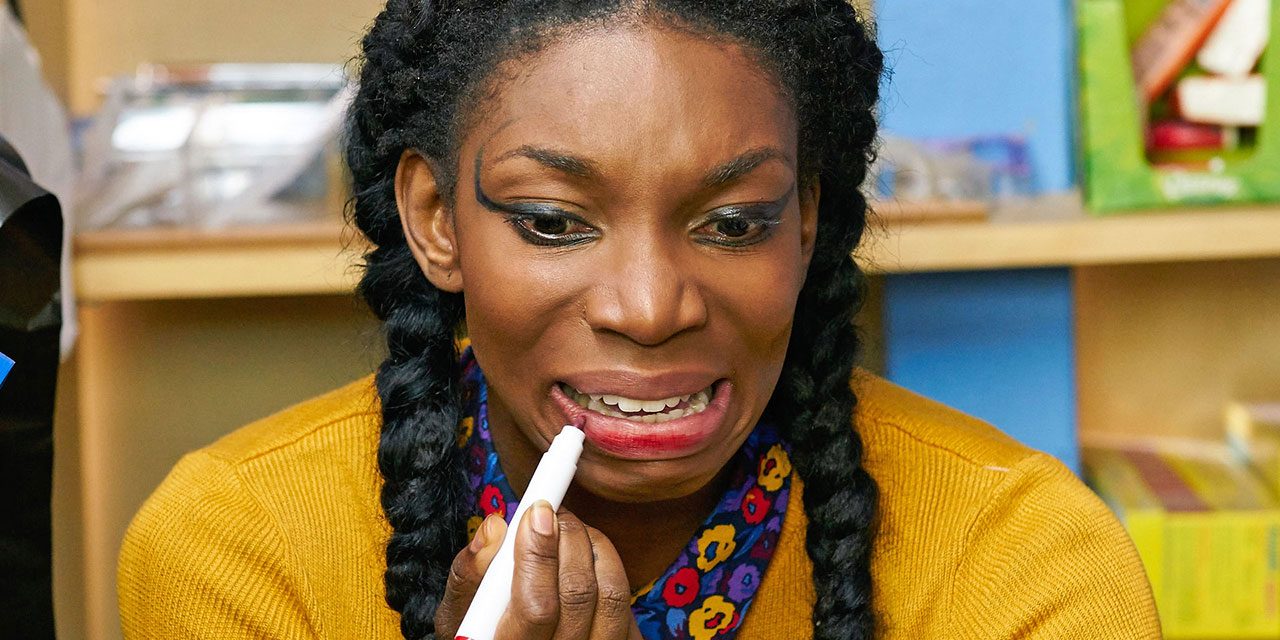 This week’s Chewing Gum was a double bill and the series’ finale! There’s so much to catch up on so let’s begin. In Episode 5 – Roadtrip Aaron (Kadiff Kirwan) invited Candice (Danielle Walters) to meet his parents. Tracey (Michaela Coel) invites herself and Ola (Olisa Odele) for the ride. On the journey, Ola meets a gay couple who he later gets into sexual shenanigans with.

Meanwhile back on the estate, Cynthia (Susan Wokoma) on a mission to make the most of Joy (Shola Adewusi) being away, gives in to her sexual desires and decides it’s time to lose her virginity. She propositions Ryan (Josef Altin) in the street, takes him home and wastes no time telling him what she wants. To her satisfaction her mission is complete, however, once she wakes up she finds her random virginity breaker has burgled the house!

Back on the road trip, aren’t going too well as Aaron discovers his mum and dad have split up. His dad Marlon (Danny Sapani), already pissed off, continually takes digs at Aaron, mocking him about his skinny body and lack of manliness. I thought Aaron was just vain, simple and sensitive, but seeing the relationship with his dad it’s clear where his issues come from, giving his character much more depth than I originally thought.

Whilst at Aaron’s parents’ house Tracey develops a crush on Marlon fawning over him like a love-struck teenager. Not impressed with either Aaron or Candice, Marlon mocks their relationship and basically infers that the only thing Candice has to offer are her looks. Aaron’s relationship with his dad is pushed to the limits when… wait for it… Tracey finds Candice in an intimate embrace with him. Nooooo I did not see that one coming at all. The one genuine couple in the whole show, ruined in a swift moment!

Candice explains to Tracey that they just ‘dry humped’ and there’s nothing more to it. Let’s be real there is no way ‘dry humping’ your boyfriend’s dad can EVER be justified! Tracey urges Candice to confess to Aaron. Whilst Candice remains button-lipped the secret soon comes out as Marlon comes clean to Aaron! Shocked and visibly upset Aaron decides that he still wants to be with Candice, even marry her. Then Marlon deals him another blow by stating that he didn’t disrespect his son as he used a condom. Say what???? Sooooo they did sleep together!

In Episode 6 – Age ain’t nothing but a number, we deal with the aftermath of the Roadtrip, starting with Cynthia’s attempt to explain how the ‘break in’ happened. Tracey also struggles to come to terms with the fact that her sister lost her virginity before she did. This episode introduces Tracey’s dad – Alex (Jude Akuwudike) for the first time. His absence never previously explained, it is revealed that he and Joy are separated and he has another family.

Tracey joins a book club yet somehow doesn’t grasp the concept that she will actually be required to read the book. She is given a reading partner Remi (John Omole) who during a reading session, makes his move and finally Tracey gets to lose her virginity. Her happiness however, is short-lived when she finds out that Remi is still at school! Riddled with guilt, Tracey hands herself into the police explaining her situation. They quickly send her on her way as it is legal in the eyes of the law as he is 16.

In other news Karly, (Sarah Hoare) seeks to find out who her ‘baby daddy’ is, the only defining characteristic is that he is black. Leaning heavily on stereotypes, I found this storyline a little cringeworthy and very Maury Povich “You are not the father” . That said it was a shock to find out that baby Caramel was actually white!

Aaron eventually confronts Candice about what really happened with his dad. Instead of denying or admitting it she verbally lashes out on him and insists he needs to man up. Fed up and frustrated, Aaron decides to leave, not before destroying her make-up and cutting off her hair.

The strained relationship between Tracey, Connor (Robert Lonsdale) and Emma (Sinead Matthews) continued as they try to maintain their ‘friendship’. Whilst Emma is out of the room a light-hearted banter between the pair results in a passionate yet predictable moment.

Tracey’s Dad, makes another appearance when he manages to retrieve the stolen furniture from the family home. Joy wonders how he got similar furniture and its revealed that Ryan (the guy who Cynthia lost her virginity to) is her dad’s stepson!

So! Series 2 of Chewing Gum is now complete and it has definitely delivered in terms of providing a second instalment of hilarious albeit cringeworthy viewing. Just when you thought it couldn’t get any more crass, series 2 took it to the next level! In terms of the series itself, whilst, no particular group escapes ridicule, there are a couple of underlying themes that caught my attention. The first is the depiction of black males in the show. There is Tracey’s fiancé  Ronald (John Macmillan) who later reveals as gay, he maliciously despised both Tracey and Cynthia – and seems to worship White Jesus looking men. Then there is Ola, also gay, hilarious and one of the show’s stand-out characters, although, this ultra camp cliché persona is already well overused in mainstream media, what about those who do not fit this criteria? Then there’s Boy Tracey (Jonathan Livingstone) who has a sexually perverse passion for his own cousin. Also, Candice’s boyfriend Aaron, who has been mocked for his lack of manhood by Candice since series 1, and now his dad – who is another heavy handed stereotype of the insensitive black male with a warped stance on what it is to be a man. Finally we have Tracey’s father Alex, who has stereotypically been absent the entire time only to resurface in series 2, the last episode at that, with the stereotypical ‘other family’ backstory.

Then in episode 5 we encounter another black gay male who states ‘I don’t usually like other browns’ this comment stood out to me as it also lends to the other continual theme which runs throughout the show – the seeming obsession with interracial relationships. Let us not forget the earlier episode when Tracey encounters the handsome white man in a suit, who wants to fulfil his tribal fantasies. Oh and Tracey’s absent father’s other family, he left her mother to marry a white woman.

In the last episode, we also hear Aaron’s dad say to Candice, ‘You’re nice and light’. In contrast, this series sees Cynthia getting called a monkey by Ronald, and Tracey told she looks like Whoopi Goldberg in The Color Purple. Now I’m not naive to the fact that prejudice over skin tone exists in society, but I do wonder what message the programme is sending out by portraying the darker women as ‘undesirable’ particularly as the writer is a dark skinned female. Pondering both these themes, it appears Chewing Gum is saying, dark-skinned women are only appealing to white men. There are no available black men to black women because they are all gay, irresponsible, weak and don’t like us very much. Then overall for all black genders, light and white are the better options. It’s a bit strange.

Chewing Gum stands out to me for finally being a show that gives regular British black folk a voice, or should I say a face on our screens in a way that’s never happened before, or at least for a very long time. Exaggeration of the real life people we encounter as they are turned into comedic characters for TV is a given. But there has to be an underlying of truth… Who knows what we’ll get in season 3, but it would be nice to see a more balanced view of black men, and black love. For those saying it doesn’t matter re the black love aspect, name one British comedy where all the white characters only interact with non-white partners, bashing themselves along the way?

***Disclaimer*** for clarity I am not saying I have a problem with black male gay characters. I am pointing out that in the world of Chewing Gum, apparently your average local estate is populated with only black gay men and black men who dislike black women, especially if they’re dark-skinned. This is also not to disparage interracial relationships. It’s about fair balance of representation. Especially when we’re afforded so little opportunities.

With that all that said, I give kudos to Coel, her depiction of the character Tracey is superbly executed and drives the entire series. Her writing pushes audiences to go through different emotions from one moment to the next whilst, continually pushing the boundaries of what is perceived to be PC and delivering comedic gems throughout. I’m hoping in the next season we see an evolution of Tracey and her clan.

Last but not least, the soundtrack was on point this series!

Catch all episodes of Chewing Gum via Channel 4 catch up here. 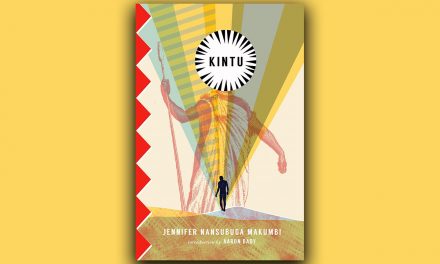 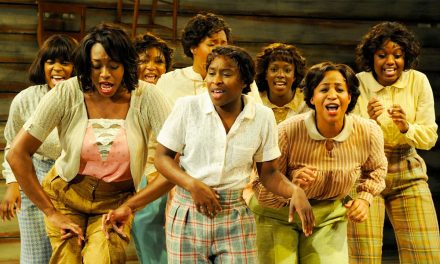 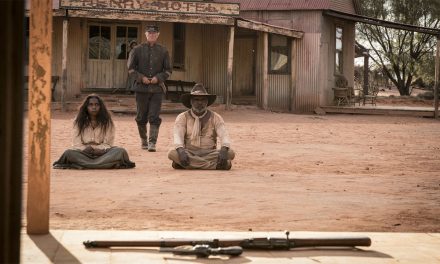 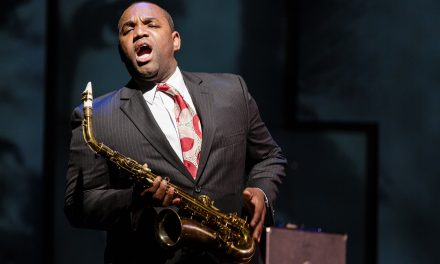