The Wedding Ring is a film from one of only two female African directors exhibiting at the 2016 London Film Festival – Nigérienne Rahmatou Keïta. Considering there is no Nigérien film industry and no remaining cinemas, the very fact that the film exists is remarkable.

Writer-director Keïta is a testament to the powerful artistic drive which develops in some creatives. Having studied philosophy and linguistics in Paris, she forged a career in Parisienne media, before making a series of documentaries and short film. Then, she realised she had a multitude of stories to tell and became determined to tell them. The Wedding Ring is her first full feature.

As part of the LFF Love Strand, this film is a lyrical tale of the powerful imperative which takes root as first love and the equally powerful imperative of family, tradition and responsibility in a privileged Muslim family. She follows in the footsteps of quality African directors able to tell female-centric stories, whilst doing justice to the men in their lives.

Tiyaa (Magaajyia Silberfeld) and Naayee are best friends. We meet them soon after Tiyaa’s return to her home in the Sultinate of Zinder. She has been away, studying in Paris, as is traditional for her people. Naayee is going to see a Zimma – a Zarma Songhay wise man who seeks answers to life’s mysteries. Tiyaa is adamant that she wants nothing to do with it, but is persuaded to join them briefly, because the Zimma has answers only for Tiyaa. She bears a sadness that has made her melancholy and reticent since her return. The Zimma discovers that she has a love feared lost, and tells Naayee what must be done to cure her friend’s wretchedness. Naayee accepts the challenge, but it all hinges on the next new moon, so there is plenty of time to prepare. Tiyaa is dismissive, but Naayee acts according to the universal handbook of BFFs, and begins putting things in place as instructed.

We then realise that this is Tiyaa’s story. We follow her pining for her apparently lost love, as she returns to her everyday existence, now with eyes newly opened to the ways of love and relationships in her community – from the smallest myth surrounding bathing water through to the grand economic exchange of marriage. We meet the Madame Butterfly-type character, Alfabatata, once Tiyaa’s governess, waiting for her lost white husband to return for her in the spring (which must be a long time in the West, she decides). We see her mother and the love and loyalty her girlfriends hold for her and each other. There is comic relief from her grandmother’s friends; her cousin who is about to be married; her aunty who has run away from home; the local child who seeks asylum in Tiyaa’s home after a hilarious family misunderstanding; and the prissy friend who is now westernised and ridiculous.

Forget what you think Muslim women endure and enjoy this immersive love letter to a particular sub-culture – the Sahelian way of life, and the harmony and peace committed to by a community comfortable in its habitat. This story is told from the Nigérien point of view, and it is refreshing to overhear the bemused discussions of how ‘white people’ live, and laugh along with them; at ourselves in the west. All the while, Keïta makes a powerful statement on the effects of westernisation and the active cultural choice even some communities in developing countries must make. The over-arching story remains with the girls and the question of whether their efforts, as of course Tiyaa relents and participates, yields the desired outcome. But, the director manages to frame it quite beautifully with a healthy slice of the culture, including the use of clothing and costume, henna, dyes, and even facial scarring.

Keïta has written an affecting love story in which one half, whom we only meet in the yearning flashbacks of the other, says not a word, and yet we understand the reason for the passion and longing. The meaning behind her use and choice of music is not lost, and might have served the overall feel of the film better had it been a little more subtle. She also manages a subtle and respectful nod to a variety of religious choices without offering offence, whilst inviting us to join her in celebrating her own. The cinematography is quite beautiful and adds to the modern feel of the story, whilst presenting the Republic of Niger in such a way that it might just make your list of places to visit one day.

In the Q&A which followed, the BFI’s Keith Shiri welcomed Keïta and her daughter, Magaajyia Silberfeld, the leading lady in her first acting role. They were delighted not just with the capacity audience turnout at the Institute of Contemporary Art, but with the warm and enthusiastic applause at the end.

Keïta is a well-travelled artist having been born in Niamey, the capital of Niger, then studying and working in France. She fell in love with films whilst accompanying her film-loving parents when there were still cinemas in her country, describing cinema as magic! She fed her passion wherever she could and puts a lot of her knowledge down to constantly watching film. When she completed The Wedding Ring script, the first country to add their support was Algeria. She sent it to the Pan-African panel who unanimously decided to back it, and she chose the countries who offered state support to protect African cultures – Zimbabwe, Rwanda, Uganda, Congo, Burkhina Faso and Niger, amongst others. She was proud to say that this is the first film of this scale to be 100% funded from within Africa!

As for plans to exhibit the film back home, she said that there were, as yet, no distributors attached. Since there are no longer any cinemas, she is hoping to exhibit in various cultural centres. But, in the meantime, the film was selected for the Contemporary World Cinema strand at the 2016 Toronto International Film Festival, the Love strand at LFF and will show on November 3rd at the Hackney Picturehouse (20:45) as part of The Royal African Society, Film Africa 2016. She is also planning to put it forward for Oscars consideration.

Rahmatou Keïta already has an award-winning pedigree. Her documentary feature, Al’lèèssi… an African Actress (2005), won the Sojourner Truth Award at Cannes, and Keïta has been a regular attendee ever since. This is where she met Shiri who knew of The Wedding Ring as an unfinished project back in May (Cannes 2016), but kept in touch to ensure that once it was finished, it would be submitted for exhibition at LFF 2016.

Keïta is part Fulaani, Songhoy and Mandingo, and is determined to bring stories from these sources and the surrounding communities to the world. We are thankful that such a rare gem made it this far and brought us the additional talents of Aïchatou Lamine Fofana, Aïchatou Moussa, Salamatou Kimba Farinwata, Harouna Amoud, Yazi Dogo, Mariam Kaba, Kudzo Do Tobias, Theo Kleiner – the rest of the main cast.

The Wedding Ring is presented in Arabic with English subtitles.

UK Release Date: To get information on the November 3rd screening go to the Hackney Picturehouse website.

Summary Keïta has written an affecting love story in which one half, whom we only meet in the yearning flashbacks of the other, says not a word, and yet we understand the reason for the passion and longing. The meaning behind her use and choice of music is not lost, and might have served the overall feel of the film better had it been a little more subtle. 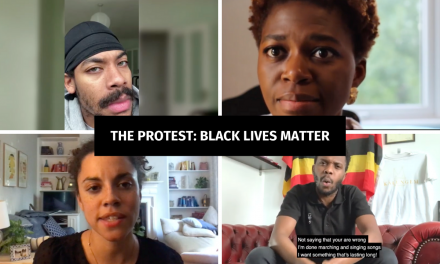 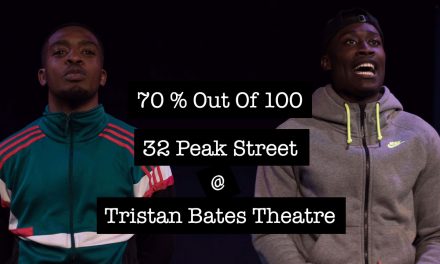 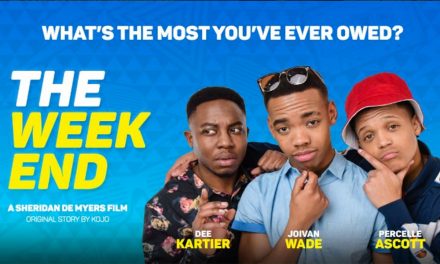