Since making her screen debut in 2014, writer, actress and comedienne Linda Hargreaves’s stature on stage and screen has blossomed considerably.

Previous TV appearances include roles in ITV’s Vera (2016), Channel 4’s Raised By Wolves (2016) and BBC’s Golden Globe Award-winning drama series Bodyguard (2018). In her most recent TV role, she plays Carla in Aisling Walsh’s mystery drama, Elizabeth Is Missing. We spoke to Linda about her role in the highly acclaimed BBC production and discussed her acting career.

My name is Linda Hargreaves and I am an actress and comedy writer based in the West Midlands.

You play Carla in Elizabeth is Missing. Can you tell me about the character and what in particular struck you about the story and made you want to take the role?

Carla is the carer for Maud, the main character, played by Glenda Jackson. The script is a screen adaptation of the best selling novel, Elizabeth Is Missing by Emma Healey. I hadn’t read the book when I was cast in the role, but I was really pleased to play Carla as she’s a character with great warmth and wit. I’ve now read the book and would highly recommend it. I think it’s an absorbing detective story that deals with the subject of dementia in a quite remarkable way. I particularly liked the way the mental decline of the main character was so skilfully written, including elements of ‘dementia humour’.

Carla is a local authority carer who visits daily to prepare meals for Maud. She’s constantly on the go with a limited amount of time to spend with Maud, although she tries to sit and have a chat with her most days. Although Maud is one of several clients on her overstretched round, Carla is fond of her. Carla is very upbeat and cheery which I thought worked for the character, particularly as Maud is usually quite solemn and grumpy with her. I tried to bring out her ‘matter of fact’ humour, which was often lost on Maud.

This movie explores friendship, single-mindedness and a woman’s struggle with dementia. Who do you think will get the most out of this movie and what message does it convey?

I think that this film will appeal to a universal audience as, regrettably, dementia is becoming increasingly common, impacting lives regardless of creed, colour or wealth. Because of the subject matter of Elizabeth Is Missing and the excellent writing, I’m sure that this film will stimulate conversation and debate about dementia and associated conditions of mental decline.

You’re very well known for your comedy but you’ve also played in some serious roles. How easy or difficult is it to adapt to the various genres and switch between the genre types?

Gosh…I don’t know how to answer that, really! I just, think about it… a lot, and then… do it! I’m not sure that I even consider genres, too much. I am more focused on finding the character and making that character believable. I think acting is about being fearless and bold and having the courage to try out ideas for characters. If something doesn’t work, then you’ll know yourself or you’ll be told by a director.

Which genre do you feel most comfortable with?

I’ve had some lovely straight acting opportunities on screen which I’ve really enjoyed but I would always have to concede that comedy is my ‘comfort zone’. I can’t think of many things more satisfying than knowing that you’ve written and/or performed something that has made people laugh. And character comedy, in particular, is my forte. As a performer, I think there’s something quite protective about putting outrageous and irreverent words into the mouth of a larger than life character. I think I enjoy doing character acting because it’s an opportunity to play brash, brazen audacious people that are (hopefully) a million miles away from me. These larger than life characters are fascinating, engaging, charismatic and often hilarious. I’m not any of these things!

You’ve worked with a number of male directors including Thomas Vincent, Robert Mullen, Marek Losey and Vitaliy Shepelev. What was it like working with Aisling Walsh and did having a female director bring anything new to your experience as an actor?

Well, I need to start by saying that all of the directors I’ve worked with have been great; very approachable and helpful. Aisling Walsh was lovely to work with, we talked a lot about the character I was playing and she shared her thoughts with me on how she thought Carla should be played. I really enjoyed working with her.

This is a production that is now known as much for Glenda Jackson’s return to TV as it is for the subject matter it explores. What was it like being a part of the production that marked her return?

Well, I was very excited just to get an audition for this project! I’d admired Glenda Jackson’s work for a long time. When I was given the part, I was thrilled to find out that I’d be playing opposite her in our scenes. On-set, Glenda Jackson was absolutely lovely and very, very funny. A real delight to work with. There’s quite a bit of sitting and waiting on a film set and on more than one occasion when we were waiting for shots to be set up, so I couldn’t help thinking to myself that I was sitting in the sunshine and having a cup of tea with double Oscar winner, Glenda Jackson!

What are your plans for the future and will we be seeing more of your comedic characters; Tish Tushington; Shyrell Torks and Mrs. Kendrick?

Plans for the future? To carry on seeking good acting roles. This business is very tough and not for the faint-hearted, but I’m here now, and I’m not going away! And yes…there is much more to come from my comedy ladies Tish Tushington, Shyrell Torks and Mrs. Kendrick. I’m busy writing new material at the moment. I spend such a lot of time travelling, for work and auditions, that I often have to put my writing on the back burner. It’s purely a time thing.

What has been the most memorable moment in your career?

Working on the movie Mad to be Normal was quite special, as I got to work with the likes of David Tennant and David Bamber amongst other notable actors that I admire. However, being part of the cast for The Lost Hancocks has been my most memorable moment to date. A superb comic script, a great cast; it was my dream gig.

Elizabeth Is Missing is available to watch on BBC iPlayer. Find out more here

Interview with Linda Hargreaves by @Mkuu_Amani 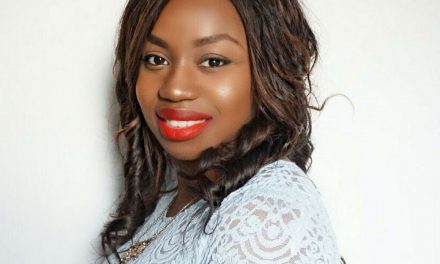 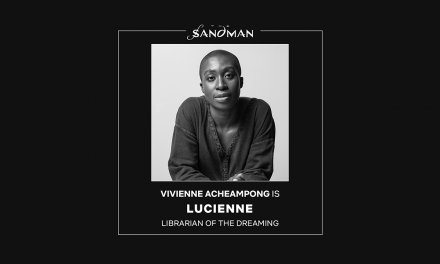 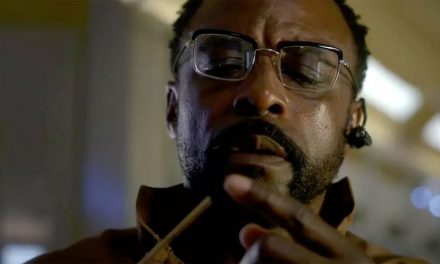