Warning: Use of undefined constant TDC_PATH_LEGACY - assumed 'TDC_PATH_LEGACY' (this will throw an Error in a future version of PHP) in /home/customer/www/thebritishblacklist.co.uk/public_html/wp-content/plugins/td-composer/td-composer.php on line 109
 Natasha Gordon’s National Theatre Début “Nine Night” is a brilliant ode to a Caribbean tradition – 78% #OutOf100 | The British Blacklist 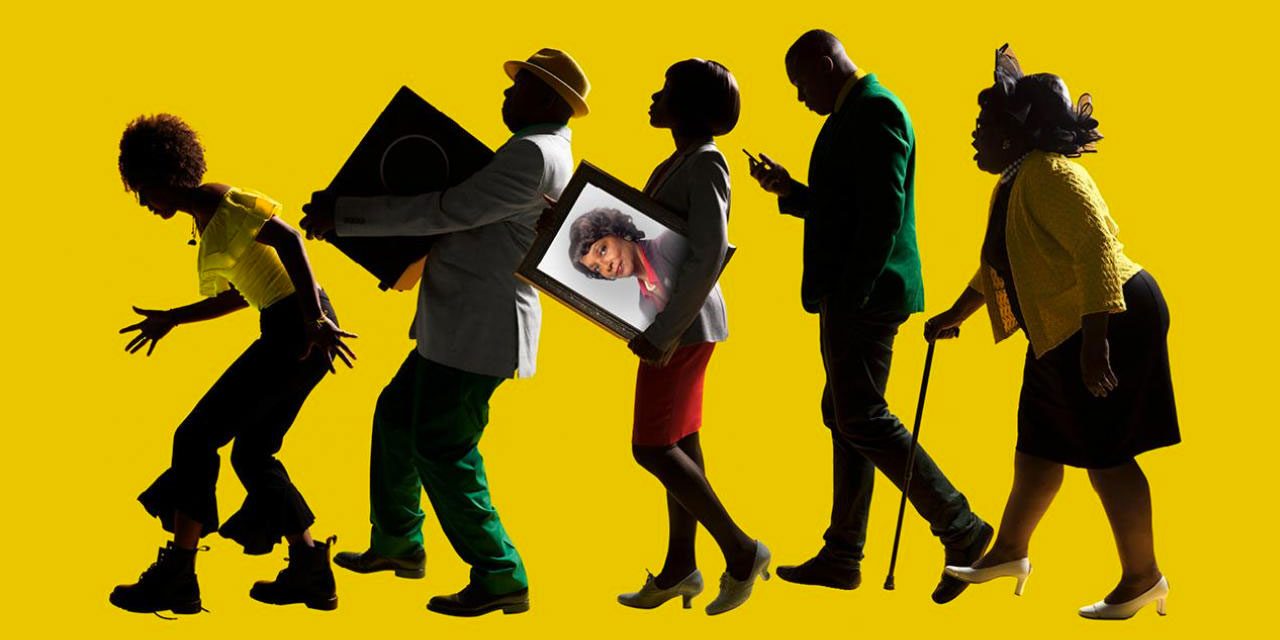 Gordon is originally known for her appearances in Red Velvet at the Tricycle Theatre in 2012; Class, Line of Duty, Doctors, Eastenders, Danny And the Human Zoo (2015) and Little Miss Jocelyn for TV.

Small though the 450-capacity Dorfman Theatre is in comparison to the National’s other auditoriums, it is a fitting venue for Nine Night, as it has often played host to the annual Alfred Fagon Award for New Writing from a UK-resident Black British playwright of Caribbean or African descent. The late Fagon (1937-86) is widely considered to be one of the Fathers of Black British Theatre. We’re sure he would approve of this modern-day family drama, set against the nine nights of mourning and community support still closely observed in the Caribbean and its migrant-descendant populations when one of its own passes away.

Converging on ‘Dead Yard’ for just over a week, friends and family provide (and consume) food, rum and physical comfort for the bereaved, reminiscing and paying tribute against the soundtrack of a life. For those who have experienced it, Gordon has set an authentic, acutely bittersweet tone to this piece, which will resonate deeply with you. For those of you who haven’t, you will learn something valuable.

Gloria is gravely ill. Her daughter Lorraine (Franc Ashman) and post-grad grand-daughter, new mum Anita (Rebekah Murrell), have been attending her every need. They stand sentinel against visitors who would tire her out, including her entrepreneur son Robert (Oliver Alvin-Wilson), his 45-year-old white wife Sophie (Hattie Ladbury), long-time friend, one-time sweetheart Vincent (Ricky Fearon) and his wife, Gloria’s cousin, Maggie (Cecilia Noble). Missing is Gloria’s first-born, Trudy (Michelle Greenidge), left to grow up in Jamaica with her grandmother, and viewed with affection by Maggie and Vince, but with suspicion and contempt by her long-estranged younger half-siblings.

Dutiful but brittle Lorraine pulsates with desperation, and aggressively speculative Robert a frustration, that can only be partially attributed to a shared, very real desire for their mother’s recovery. Lorraine has up-ended her life and pushes herself to exhausted near-martyrdom, trying to retard her mother’s sudden and devastating decline and possibly out-run her own feelings of guilt or inferiority – it’s never clear which. Robert’s life is also on the brink of upheaval. His eyes are firmly ahead, but he misses what’s right in front of him. Gloria’s illness, however, is ferociously terminal, and suddenly hurls the family into the unexpected aftermath.

As friends and family gather to pay their respects and help Gloria Homeward, their desolation reveals old wounds and long-kept secrets. As some find closure, some find a cultural awakening, some find answers, and some find more unanswered questions, Gordon manages to inject the drama with razor-sharp, well-observed humour and uses the nine nights of rum-fuelled rituals to uncover the layers of the pain in being left behind, which they each must face, if not conquer.

She manages to fill the stage with Gloria’s presence, and the audience can feel it expand and contract as secrets and lies, jealousies and betrayals, acts of bravery and cowardice, come to light.

Fearon gives a masterclass in utter authenticity of character and veracity of dramatic performance. There is nothing too exaggerated or too muted about Vince – he simply is, plucked from our lives and transported directly onto the stage.

Greenidge, who joins the other NT debutantes, brings that extra flava to Trudy – an undiluted, authentic Jamaican-ness, which is different from migrants Maggie and Vince, but which is not simply generational. There is something of the JA sun and hardship to Trudy, which this versatile actress absolutely nails, and which always draws your attention to her whilst she’s on stage. As we’ve come to expect, Greenidge doesn’t disappoint as emotions surge to boiling point, and the inevitable family confrontation follows. She delivers her trademark dramatic powerhouse, whilst showing a real flair for comedic timing and physicality. You will like Trudy, who might be a black sheep or the only honest soul in the family!

Dialect coach Hazel Holder and fight and movement directors Shelley Maxwell and Bret Yount do a great job of adding to the rhythm and flow of the piece.

Rajha Shakiry’s set design is authentic to the point of becoming the eighth character of the piece, enhanced by the brilliantly placed accompanying bites of music, Desmond’s-style. They are limited to Soca and reggae and, yes, Jim Reeves, and there is the obvious minor/not minor omission of soul/R&B, which is a shame.

What may not work so well for you, is the play’s 105-minute running time without an interval. Gordon handles the set up well enough, although she takes her time with it and, with hindsight, might have benefitted from being trimmed and developed further to allow the latter half more room to breathe. In a reflection of life, she doesn’t provide any pat answers in death, which works in many instances, but which perhaps leaves too much room for interpretation in others, particularly with Lorraine. You may find her to be, paradoxically,  the most confusing character, despite a long, but very much by-numbers, monologue toward the end. Ashman does a good job, but you may find it hard to decide whether to pity Lorraine or empathise with her.

An element of the supernatural inevitably creeps in whenever you’re dealing with death, but, it too could perhaps have benefitted from further development as it moves more central to the story.

So, go see Nine Night for a touching and very funny reflection of family traditions like yours, which easily inhabit two cultures and acknowledges its ancestral past, whilst fully living in the present.

Booking at The Dorfman Theatre Nine Night runs until 26th May 2018, but tickets were limited weeks before its World Premiere on 30th April!

For more information, visit www.nationaltheatre.org.uk, or call or visit the box office in person!

If you’ve secured your tickets, arrive early to enjoy How Great Thou Art: Fifty Years of African Caribbean Funerals in London, a touring photographic exhibition by Charlie Phillips, projected onto the foyer wall overhead, and also free admission at the Wolfson Gallery.

Summary British-Jamaican actress Natasha Gordon's début play, "Nine Night" directed by award-winning Roy Alexander Weise is a must see. This family drama, set over nine nights of rum-fuelled rituals which help the bereaved deal with the death of a Jamaican Matriarch is helped along by a strong cast including Cecilia Noble, Ricky Fearon and Michelle Greenidge who give standout performances. 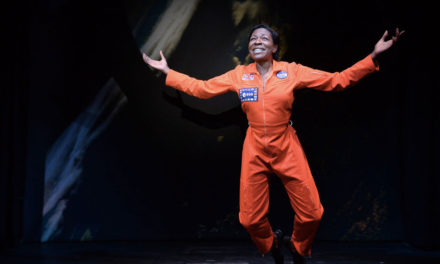 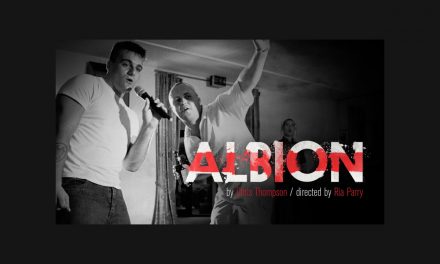