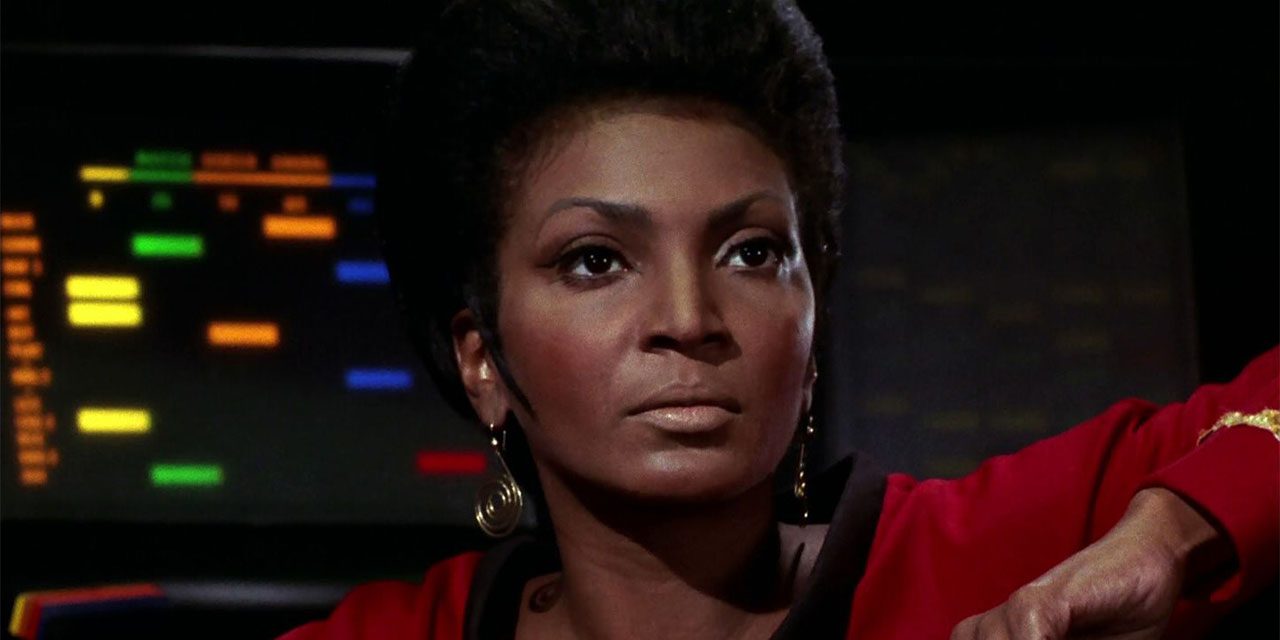 Ah, the burden of iconography. That well defined, globally recognised emblem upon which we may project, upon which we can pin ourselves. Often a shortcut to define greatness we mere mortals feel as though we know the emblem – but it’s just our projections. Our secret talks to an image; a picture on a wall; a statue on a mantelpiece; a magical shimmer across a screen; all helping us to believe that we have some personal insight into the character of the icon.

Nichelle Nichols is an icon. There. It’s said knowing the full weight of the definer. The iconography is so indelible, that to use her own name rather than her on-screen persona may hasten questions. Nichelle who? Now say, “Lt. Uhura”. The importance of the icon cannot be understated. Nichelle Nichols as Lt. Nyota Uhura, Communications Officer of the Star Ship Enterprise, is still an exception to the rule of black women positioned as main protagonists in any mainstream science fiction production in 2016.

Her status is in the realms of other icons; Muhammad Ali, Dr Martin Luther King, Dorothy Dandridge, Diana Ross – the type of people who became more than just a ‘day job’. They transcended their human talents to become symbolic, particularly if they championed societal challenges of their era. So, Muhammad Ali, he was not just a boxer – in fact it could be said that this was the lesser of Ali’s gifts. Ali was, well…The Greatest. Yet even as these icons come with the inevitable, human fallibilities of age (as did Ali), Nichols hasn’t lost any of her grace, articulacy nor intelligence.

As the British Film Institute embarks upon a broad-reaching programme of celebration of black actors; and as the equally iconic television series Star Trek sees 2016 as its 50th Anniversary, The British Blacklist was deeply fortunate to get a brief meeting in the court of Nichelle Nichols.

When you accepted the role did you think she’d (Uhura) be a part of your own life for as long as she has?

Nichols is a woman who has grown in her stateliness through learning her own life’s lessons. The key thread running through our meeting was that of being unafraid to make mistakes. She underlined the importance of making mistakes and that people should learn from them so as not to repeat mistakes again.

You make a mistake and you learn from it no matter how much you believe the opposite. I just enjoy being a human being for that same reason because I learned so much.”

Back in the day in my family’s household watching Star Trek was prescribed television viewing as far as my father was concerned. It didn’t matter what else you were doing or watching, the channel was changed (and you had to physically get up to do that!) to observe that mêlée of humanity trekking off into the dark unknown. Television for black folks in the UK wasn’t great, so when Uhura graced our screens it was just fantastic to watch. We all felt such a sense of pride against the constant barrage of the negative depiction of black and brown people… Black and White Minstrels, Love Thy Neighbour, Alf Garnet, Bernard Manning, Mind Your Language, Tonto; Tarzan and their ilk.

This beautiful black woman came into our living space and lit up the room, leaving a little of her magic with us (to confront the lies) when she left our domestic spaces. When I was a little girl watching, it was such an important event. I wanted those legs that were flattered so classily in that uniform. I squeezed my hands around my nine-year-old torso, trying to mimic Uhura’s waspish waist; and I practised the dexterous movements of the icon’s hand as she expertly manoeuvred her communications tools. Knowing that others also felt the importance of her role, I ask whether or not such expectations ever felt burdensome to her? Ms Nichols takes a little time to ingest the question.

…it just became… and I value that, thank you!

We all laughed hard at the way she sidestepped the question without dismissing the weighty importance of it. This stateswoman was no one’s fool. There’s a hair’s breadth between the icon and the person. Uhura and Nichols have a symbiotic relationship between each other, each one responsible, each one sustaining, each one honouring the other. When one is unable to answer questions in a part of life – for whatever reason, the other knows just what to say.

On other icons and integral moments woven into the folklore of Star Trek, namely the story about Dr King advising Nichols not to leave the television series she says…

He told me I couldn’t. It surprised me that Dr King knew as much about my show as I did.

Nichols is a well-known figure on the conventions circuit what does that mean for her after all this time?

Going to conventions and meeting new minds and expressing new thoughts to them, (thoughts) that they take advantage of. Whatever I give out if someone takes advantage of it you’ve learned something, you’ve got something under your belt and you share with them (and) suddenly it seems like the minute you learn something, someone comes up and starts talking that same thing! We learn from each other.

Do you think that gene Roddenberry was trying to discuss that learning process about people through Star Trek?

One of the funniest, wonderful men that I’ve ever met, one of the greatest minds who had such a sense of humour.

In one of the film spin-offs from the original television series, Star Trek V: The Final Frontier 1989 holds a special dance sequence. As part of a decoy for her crew, Nichols employs her dancing talents, and dressed in not much more than leaves entrances a group of men away from their patrol duties! We were mesmerised (as were they) and it looked like a lot of fun, was it?

There’s a laugh and a twinkle in her eyes as the subtext in her answer is, duh!

I was a ballerina and a dancer and then I went to other forms of dance – and I love it. And everything that you learn in dance you suddenly realise that you apply to your life. You learn not to stumble over something and fall on your face by dancing in the wrong place or twisting your ankle or whatever. We do that with life don’t we? We learn from life so that we don’t make that same mistake hopefully and you go on. What happens whether you know it or not you share that with other people; that learning process is more than a notion.

Her gravitas and her consistent topic of life’s lessons are supportive of the notion that she doesn’t have any regrets. Just to be sure I ask, does she?

Yes! I regret anytime I don’t learn from something and that I’ve got to go back through my life at some point (realising) I could have learned that then, instead of learning it now! I just didn’t pay any attention, or you didn’t want to admit to it, isn’t that true?

We nod our heads in agreement.

Nichols show no sign of retiring just yet. She started her career as a singer and worked with the likes of Duke Ellington. To this day she is still engaged in new projects. They include her initial talents as a singer where she’s released a single Fly Me to the Moon to commemorate Star Trek’s 50th Anniversary. Nichols is also involved in a very ambitious task known as Woman in Motion, a documentary/movement in which she stars as part of a recruitment drive for NASA and is directed by Todd Thompson.

We look to the future and what things might be like when Star Trek turns 100. What would she like people to be saying about this icon show then?

I want them to enjoy it, it’s wonderful. 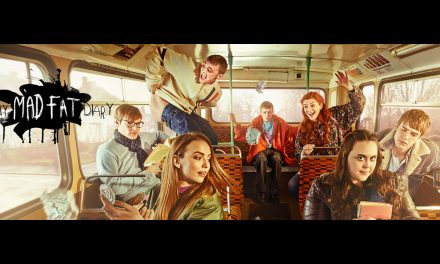 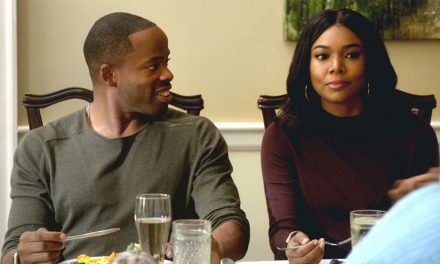 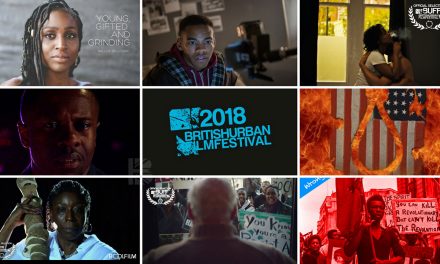