A. Bello hails from London and wrote her first novel at the age of eight. Her work was first published after winning a school poetry competition at the age of 12, seeing her words in print fuelled a passion for writing. It wasn’t long afterwards that Bello started writing the Emily Knight saga (still aged 12)… with the intention of filling the gaping hole in children’s fiction for an inspirational, strong, black female, young protagonist.

This gap, nearly 18 years later, remains in the publishing world despite continued calls for more BAME background authors and diversity within characters and plotlines…

Bello received rave reviews for her debut book, Emily Knight I Am… as well as outstanding success with her Emily Knight Warriors pop-up book, which went viral in 2015.

With all that under her belt, we spoke to Bello with the pending release of her latest Emily Knight book, Emily Knight… I Am Awakened.

Tell us a bit about yourself…

I am an author and write children’s/YA books. I co-founded The Author School, where we help writers navigate the publishing world and The Lil’ Author Skool, which is for 5-21 year olds and I run a popular book competition called The little BIG Book Comp.  I danced professionally in Hip-Hop/Street Dance for over 10 years and was in All Stars The Movie, The Apprentice, Breakin’ Convention and I teach kids over London and Surrey

You’re a teacher, a dancer and an author… How do you make all your creative strings work together?

It can be challenging, but I am very fortunate to be doing all the things that I love. I am an organised mess. I just know things have to get done so even if I am exhausted; I just do it.

Which gives you the most satisfaction teaching, dancing, writing?

Oh that’s hard, but I would say writing. It’s a de-stressor for me and always has been since I was a kid. Releasing a book it’s the hardest thing but the most satisfying feeling ever. Dance is great because I don’t have to think about it. If I’m learning choreography my brain just has to focus on that, so it’s a good way to forget about all the other stuff I must do. I do love seeing kids grow in dance and really come out of themselves. It’s got to a place now where I prefer to teach and watch the performance rather than be in the performance. I get the same satisfaction.

Who or what, inspired you to become the person you are today?

To be honest so many people have contributed and helped me in the different things that I do. I guess the most consistent person is my mum. Even though she wanted me to be a lawyer or a tennis player (don’t ask!)… Isn’t a creative person, she has always been supportive of what I have wanted to do. When I feel like giving up, she will remind me why I shouldn’t.

What was the first story you ever wrote; What did it mean to you, and how was it received?

I think the first story I wrote was when I was about 8 years old and I used to read this series called The Babysitters Club. So I would re-write it and have me and my mates as the babysitters on our own adventures. If I was irritated with you, I would give you the worst storyline! Like you would die or something. All my friends in primary school would ask to read it to see what happened with their character. That’s when I learnt that people enjoyed what I wrote and that I was funny but I didn’t think about becoming an author until I was 11.

What kind of books were you reading as young adult and which book has had the most impact on you?

I loved to read comic books. Lots of Marvel which is probably why I am obsessed with fantasy and supernatural powers. I grew up reading Jacqueline Wilson, Harry Potter, Twilight series’, Judy Blume books but I also loved adult fiction like Sophie Kinsella and Jane Green. The book that had the most impact on me was, Are you there God? It’s me, Margaret by Judy Blume. She has known how to write for girls who are making that transition from a child to a teen. I learnt so much from her about puberty and boys. She made me want to write books. I wanted someone to feel the same way I felt when I read her books. I met her last year and I was like my life is complete! 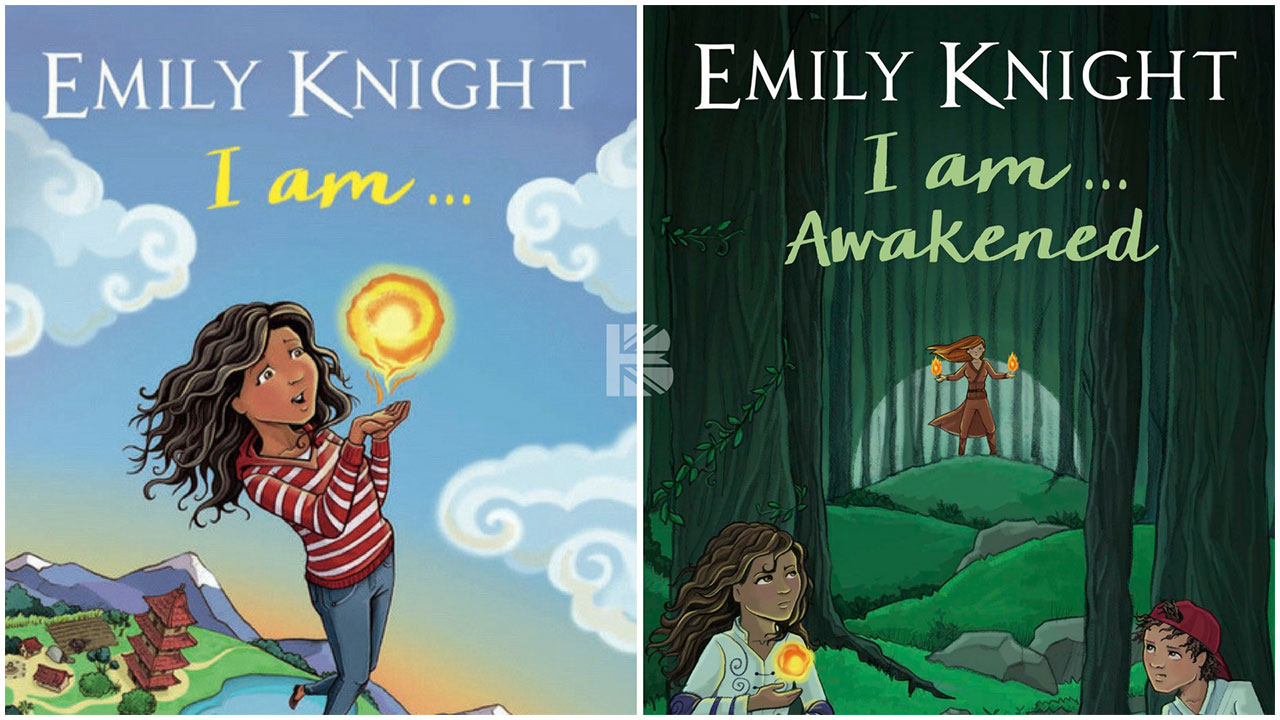 Tell us about your latest book, Emily Knight… I Am Awakened

Emily Knight I am Awakened is part two to Emily Knight I Am. Neci, the bad guy, is back and she is out for blood. She creates a divide between the warriors and no-one is safe anymore. She is desperate for a war but she is looking for her missing warrior who will complete her team. She surrounds herself with warriors that have a special power to them. Neci has put a target on Emily’s back, therefore Emily has to get better and stronger in every way but mainly mentally. She’s only fourteen and is frightened to face Neci and she has to learn to accept that she will. It’s much darker than the first book and you really see how vulnerable Emily is and how it affects her relationships.

What’s the meaning behind the title and how and when did you come up with Emily as the main character? What are her distinguishable traits?

She actually had another name, which I can’t say because it’s so bad. It literally just came to me and had a nice ring to it. I wanted a strong female character to be the lead that wasn’t poor and lived in the ghetto and wasn’t trying to get out of it. I wanted a strong girl that had all the opportunities in the world but she still struggles and has insecurities, anger issues and her own personal demons to battle.

How have you found navigating the publishing industry and managing to publish a series?

It’s not an easy industry and I have no idea how I had a book out when I was 23! But I have learnt so much especially since co-creating The Author School and hearing the experts come to speak and share their advice and experience. I love the journey because I know it will end well but the process is a bit intense. There is a bit more pressure with a series because you want it to do better than the first.

How do you keep coming up with ideas, especially with a series where there’s the need to have familiar regular occurrences but in different settings etc.?

I get inspired watching movies, my environment, experiences. With fantasy, I feel like it’s easier because it’s your own world and your own rules. I am Awakened was always going to be grittier. The main characters are a bit older so there’s more room to let relationships develop and the story line to go to a darker place. My readers are growing with me and I am surrounded by kids and teens literally every day, so hearing what they go through is always helpful. They are just more conscious about the world than I was at their age.

Is there much competition in the YA fantasy genre amongst black female writers?

No, I don’t think there are enough black female writers in general and any I have met have always been supportive.

What has been the best feedback you’ve gotten from your Emily series?

That Emily is real, complicated, raw but still inspiring. The best heroine   13.Who are your books for?   It’s for girls and boys who want to read about a young girl with real issues who can kick some serious ass and is brave and cool, yet is insecure, dangerous and scared. The book was never aimed at just black people because Emily wasn’t even black when I first created her. The book is so diverse and is for everyone. X-Men. WWE and Dragon Ball Z fans will adore the book! I wrote it because I was obsessed with those things.

Is there a book out there you wish you’d written?

Ha! So many. Harry Potter for the obvious reasons! I would say Holding up the Universe by Jennifer Niven because the storylines are amazing; from the first chapter, I was like damn! Why didn’t I think of this idea?

Emily Knight… I Am Awakened, will be published September 28th 2017 but is available for pre-order now.  A.Bello’s books are available from:
Website | Amazon | Waterstones