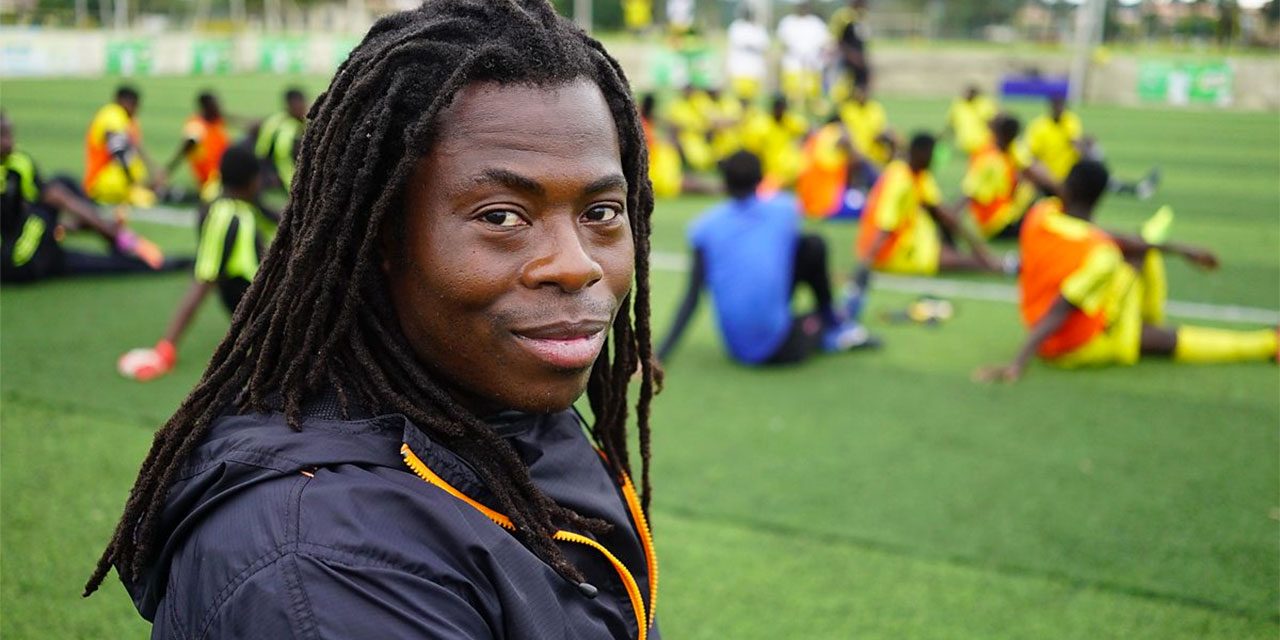 Presented by athlete and personality, Ade Adepitan, the series follows him as he travels from West Africa and city of his birth – Lagos Nigeria – through Central and Eastern Africa and on to the deep south of the continent.

In episode 1 Adepitan starts his tour in the Western-most part of the African continent, Cape Verde which was used as a port by slave ships stopping on their way to sale points in the Americas and Europe. But why is it the only historical sites we visit are places where slaves passed through? Is there nothing else historically relevant? Did we not have Kings and Queens in these places? Scholars? Martial Artists? Why always the show of pity and not of glory?

I was lucky enough to get some time with Adepitan, so I asked him, as much…

Ade: “Cape Verde was an island which was raging with volcanos until recently where we’ve had the technology to make it habitable. It was used as a stop off point to refuel by slave traders who couldn’t get back to Europe or the Americas in one go. What grew from that is a population of slaves and slave traders. I’m not a historian. I wanted to talk about where Africa is today and where it’s going. I think in four episodes you’ve got to choose what’s going to be most pertinent, and what will change the narrative. “

However, a technicolor scope of pity continues to pervade. The show paints a picture of many underdogs in different countries and their struggles. Valid. But I wish we were shown how far things are moving along in as balanced light as we saw how hard life can be and how the people try to make the best of it.

We only ever see one thriving example of an entrepreneurial mindset leading to booming development in the tech-field, in Lagos. I personally know of so many examples of entrepreneurial minds changing the landscape of not just Lagos, but other regions in Nigeria, in different fields such as art, culture, architecture, cuisine etc. I asked Adepitan why we aren’t shown more of that alongside the hardships?

Ade: “I wanted the people’s story to come out; for you to hear from them. Another thing is access to meet certain people and get to certain areas was not that simple; and time. If BBC said here’s a million and you’ve got 10 years to make the most comprehensive documentary series about Africa, fine. But we had 3 months to go to 15 countries.

“We tend to see Africa through the political system, through the church, through the state, through the economy. What type of leader we’ve got… Newsnight can do that. Panorama can do that. I wanted to say, meet John. he works on this lake every day in these horrendous conditions and he makes next to nothing, why wouldn’t he want to move to better his condition. For me, that is what will connect to someone from Scunthorpe or Croydon who’s never heard of Senegal before and will say he’s just like me!

I concede that the personal stories did resonate, but still I if there was more to African countries than this repeated ‘flies in their eyes’ charity advert rhetoric …

Ade: “You’ve seen one episode, you have to see the entire series. There’s much more. In episode two we speak to Bobi Wine, probably one of the most important people in Africa at this time. He’s really mobilising the youth in Uganda, campaigning to bring democracy. Just after we interviewed him, he was attacked allegedly by the government and had to flee the country.

“Haile Gebrselassie he’s incredible with what he’s doing in Ethiopia. An incredibly successful athlete who’s made millions. I asked him why he stayed in Addis when lots of successful athletes move to the west… he said, this is his motherland; he wants to be part of the change. In episode three, there’s the woman from Whitechapel, incredible! She’s been kidnapped threatened, had terrorists try to murder her and her family, but she’s still there. She’s bought this hospital and she’s helping young women give birth to their children and she’s helping the next generation of Somalis be healthy and be educated.

“We also meet young girls in Mogadishu, Somalia who play basketball. I meet them at this basketball court which is hidden away, with their amazing coach. After they warm to me, they tell me what they have to go through just to play basketball, that they could be murdered, but they’re doing it for the next generation, to change lives.”

Episode 1 also touches on the governments of African countries, which had an air of blaming governments of African countries for their ills. Without challenging who helps those governments stay in power. Patrice Lumumba did not assassinate himself last I checked. Haiti, a country that withstood invasion and Western influence on their government, has been continually interfered with as punishment for their crime to wish to govern themselves. African countries have a long history of their resources being exploited by the West, which is only slightly touched upon in this episode. If we are going to showcase the worst side of the continent, can we at the very least slap the correct people on the wrists?

Ade: “It is frustrating because you look at Africa and you see its potential and resources, DRC should be the richest country in the world, sources say that in Zimbabwe there’s enough gold for each of its citizens to be millionaires yet they’re the poorest. Companies like Shell have come into Nigeria and exploited the oil, German companies come and exploit the gold in Tanzania so yes, you can say the West has had an influence and a part to play. But at some point our leaders have got to say no, get out, let us do something for our people. They have to overcome their temptation for greed and corruption.

“I’ve been worried about this growing nationalism around the world but I’m also concerned with whether African leaders are proud of being African and proud of where they come from. Because when I take pride in somewhere I’m from I want it to progress, but I feel a lot of the African leaders want themselves and their families to progress before their nation. We need to find more incredible people who are brave enough to rise above that.”

With all that troubled me, Africa With Ade Adepitan does have some good points. Adepitan is a natural raconteur, and for those with less of an insight into life in any country on the continent, it is an engaging and entertaining watch. It is also really fascinating watching a man with his disability get around different parts of the continent, developed and underdeveloped. That in itself makes the programme worth a watch. It’s eye-opening how far some parts have come and how far some parts need to go in terms of institutional growth in regions.

As Adepitan himself pointed out, the angle on this programme is to tell individual stories on the continent. He does this very beautifully and it’s true he cannot capture everything in 4 episodes. He tries and for t I’m eagerly waiting to watch the 3 other episodes to see how well he succeeds.

Africa with Ade Adepitan episode 1 airs on Sunday the 3rd February at 9pm on BBC Two. Catch any missed episodes via BBC iPlayer.

Summary Ade Adepitan is a natural raconteur and plays his part in telling these personal African stories beautifully. However, some troubling tropes permeate through the first episode of Africa with Ade Adepitan that I have anxiety of what the rest of the four-part series will deliver. 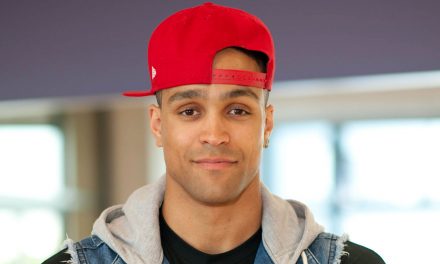 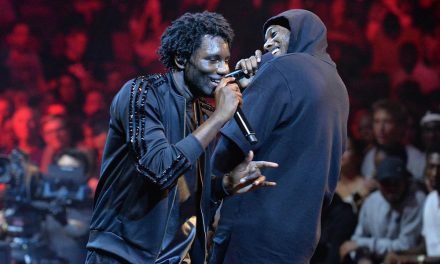