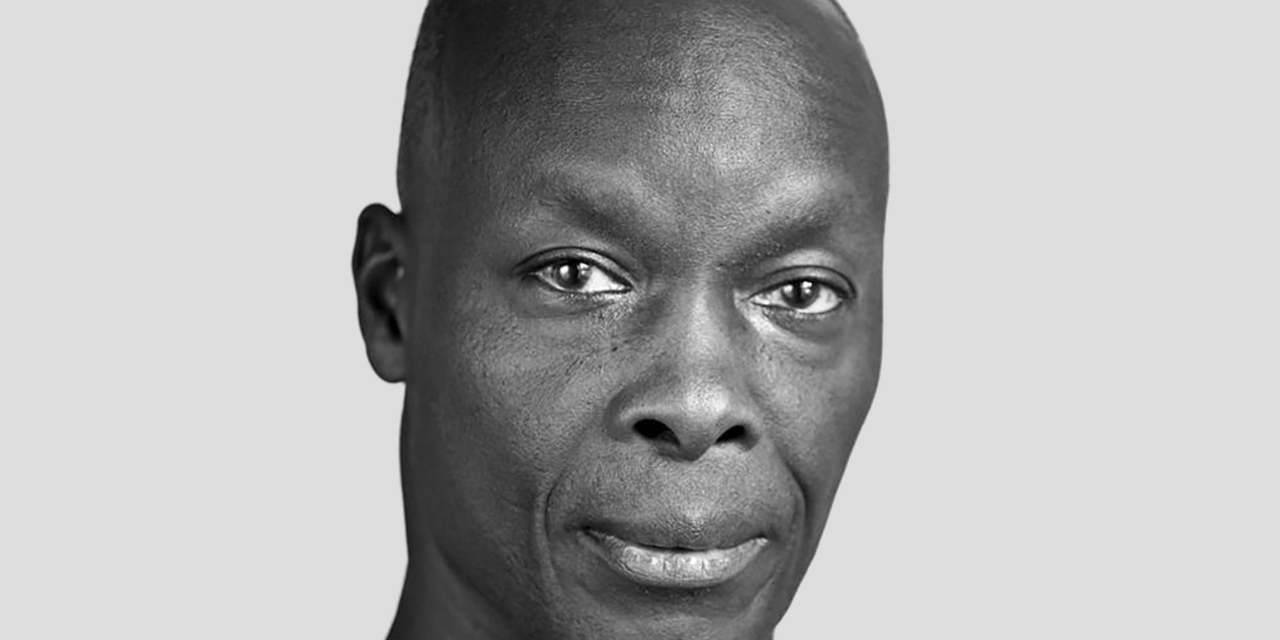 Becoming a household name on the famed Shakespearean circuit and using his platform to address racial inequality in the theatre industry.

In this enlightening conversation with TBB Talks, the legendary actor sat down to discuss; his recent role in The Winter’s Tale, his views on the progress of Black talent in theatre; and also share some of the more touching highlights of his career to date.

My name is Leo Wringer, and I was born in Jamaica. At the age of five in the early sixties, my parents “sent” for me, to join them in North London where they had settled a few years before, and I grew up here with my brothers and sisters.

I went to a secondary comprehensive in Tottenham – close to the fabled Hotspur grounds they taught well and were not shy to wield the cane. The headteacher, Mr Lederman, made a canny decision that would finally break my pattern of disruptive behaviour, and things turned around for me from then on.

I then spent three years at Guildhall School of Music and Drama and came away with the Shakespeare Prize. Throughout my career, I have performed Shakespeare aplenty, and now I am about to participate in an online live stream reading of The Winter’s Tale, with a wonderful group of actors under the direction of Jenny Caron Hall for SHAKE Festival, where I play Camillo.

Grateful for the fact that more of the hidden pieces of our past as black peoples are being unearthed, revealed, and celebrated.

As with the rest of the world, the theatre was brought to a standstill due to the pandemic. How excited are you to return to the stage and be back doing what you love?

Life for many of us has been in a state of limbo for over sixteen months now, and it has not been easy! It has been great to be involved in the SHAKE Festival project, although it remains to be seen if I’ll be able to remember how to walk across a stage after such a long time away from it. I’ll get the chance to test that out when Hamlet opens at Young Vic in late September.

Winter’s Tale will be performed over Zoom and streamed online, what challenges and opportunities does this present to you as an actor?

Taking part in a full-length reading of this late romance of Shakespeare’s will be a first for me over Zoom (although this will be my second encounter with The Winters’ Tale – the first was with Theatre De Complicité at the end of the nineties). It will be a bit different performing over Zoom, and I must admit it has taken me a little time to feel comfortable doing so with the other actors. The cast is brilliant, but initially trying to deliver lines to someone, not in the same room seemed to me, the very opposite of acting, which has been the main challenge. As for the benefits, it lends itself to a more nuanced and indeed intimate way of expressing the lines. Our director, Jenny, suggested we think of it as playing for a movie camera, and that was very helpful indeed. And now I’m wearing the T-shirt.

Among many highlights, your career has seen you amass a lengthy Shakespearean résumé. What is it about this material that continues to excite and compel you to perform?

I can trace my fascination with the poet’s work right back to a classroom at that comprehensive school I mentioned earlier, where my English teacher – in the flowing gown of academia – held aloft an old copy of the penguin edition of the Scottish play, with the other hand free to gesture and sculpt thought which really captured my imagination and heart. I must have realised intuitively that beyond the difficulty of the individual words and phrases that this material as you put it, was chiming inexplicably with me. It would be later in life that I realised his work is an exploration of what binds us together – our humanity or lack thereof – and as such finds an echo in whoever we might identify as and wherever we are in the world.

In 2018, you were on the receiving end of unsavoury comments in regards to casting Black talent in theatre. Your response was measured, thoughtful, and powerful, we thank you for it. In light of recent events, do you believe that theatre has become a more welcoming space for Black talent?

Yes, the summer of 2018 was one that turned cold and alienating but I had family, friends, and colleagues who rallied around and held me up. If I may also just use this opportunity to warmly thank all those who posted touching statements of support on social media at the time too. I caught up with them after the dust settled as I didn’t have a social media presence.

What happened to me was undeniably in a long line of indignities meted out consciously or unconsciously to Black talent over the decades, but since the murder of George Floyd sparked public outrage, and the demands for the dismantling of the systems of discrimination that followed, I feel cautiously optimistic that we are now at the start of a more listening world. I know some of us have heard these promises of change many times before, but the global call to arms I believe has shifted the dial.

We must remain vigilant, however.

My hope also comes from the fact that institutions such as drama schools, funding bodies, my 14-year old’s school in South East London, have engaged with specialist organisations to put in place new structures of inclusion, that will encourage diversity, equity, and cohesion. We also have great creatives who are at the helm of some of our theatres, such as Indhu Rubasingham at the Kiln, Kwame Kwei-Armah at the Young Vic, and the recently appointed deputy artistic director of the National Theatre Clint Dyer who has all been creating a more welcoming space for Black talent.

Your performance in August Wilson’s play King Hedley II was breathtaking. From an emotional well-being perspective, do you find roles like that therapeutic, or is it more of a case where you need to disconnect from the role entirely after the production is finished?

Thank you for your thoughtful comment about my work in King Hedley II, I really appreciate it. It was certainly a privilege to be part of the company. This was my first opportunity to get close to one of August’s plays, and in doing so led me to see why he was often compared to Shakespeare. His skills as a dramatist and poet communicate the heart of his characters and always reveal, in spite of everything, their indomitable spirit will not let the crooked system of oppression get the better of them. He also makes it clear how the line of trauma suffered by our ancestors gets passed down and internalised by succeeding generations.

As to how I deal with such a high-intensity role, I prefer to disconnect fully from it once that performance is over. I find a glass of Martini Bianco on the rocks, with a slice of lemon, does the trick wonderfully. But, on a more serious note, the theatre, and our director, Nadia Falls, in particular, were keen that there was a specialist on hand, who understood the kind of support the company would need the deeper we went into exploring the pain of the past – as Wilson’s work demanded we do.

Colourblind casting has been a feature in theatre for a while now, and though it resolves some issues surrounding the lack of Black characters on stage, some could say it gives an excuse to not produce work by Black playwrights and /or feature a predominantly black cast. What are your thoughts on this?

I am on the side of the argument that says colourblind casting is another, albeit a subtle, form of suppression of our dreams and stories. I can understand why colourblind casting came about in the first place. For far too long Black talent was relegated to the margins – even a role like Othello was as part of the tradition to preserve white actors who had to ‘black up’.

We moved to a system of tokenism – where it seemed ok to have only one Black talent in the room – this was the case in my year at Drama School and the two years above me. So, colourblind casting was invented to redress those shortcomings. Until more institutions and artistic organisations join in the work, already underway, to put Black talent in positions where they can create their own stories of how we got dislocated from our roots, the emphasis should be instead on colour-conscious casting.

And what are some of your favourite black plays you’d love to be a part of or would like to see on the stage…?

This one’s easy – I’d love to see and be a part of the August Wilson 10-play cycle – perhaps trace the line of characters that includes the role of Stool Pigeon as a developing character idea. I’ve happily sat through Michael Boyd’s amazing tetralogy of the Henry cycle for the RSC in Stratford that was spread over one day, morning, noon, and evening, and unless I’m wrong, I don’t believe we’ve done anything on such a scale for even four of Wilson’s cycles. It’s probably fanciful, but I’d love to see all ten of his cycle done over two weeks at the least.

You’ve spoken on various occasions about the early years in your career when the roles that were offered to Black talent were very narrow-minded and stereotypical. Knowing what you know now, what advice would you give your younger self about how to navigate through this space?

Today’s Black talent is, thankfully, far more conscious about their worth, than I ever was. It was a different culture of acceptance and tolerance back then. The only useful thing I could advise my younger self is to say get established as soon as it is feasible because by doing so you get leverage and control over the destiny of your narrative.

Every single performance in your career has been important for various reasons, is there one that you look back on with the most fondness?

I’d probably have to settle for Sizwe Bansi Is Dead written and devised by Athol Fugard, Winston Ntshona, and John Kani, a two-hander. I was invited to play Styles by Coventry Belgrade Theatre, and the other actor was Basil King – who gave a blistering performance as Sizwe. At the time it felt as though we were engaged in our own form of activism – the purpose of which was to see to the earliest dismantling of an inimical system of oppression. How the act of sharing this story with an audience every night didn’t do us in, I’ll never know. Particularly in those days when mental health wasn’t taken seriously in the slightest. As for Basil and me, we managed to laugh a lot, which must have kept us sane!

If you really must …

The production will be streamed live from Sands Films Studios, Rotherhithe on Saturday 31st July at 7.30 pm (BST). Tickets are available to buy via: Ticketsource.co.uk 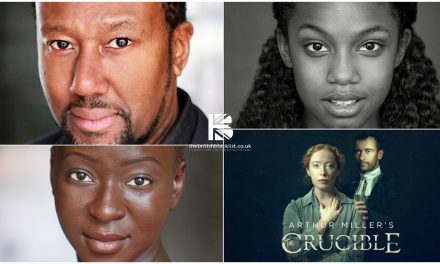 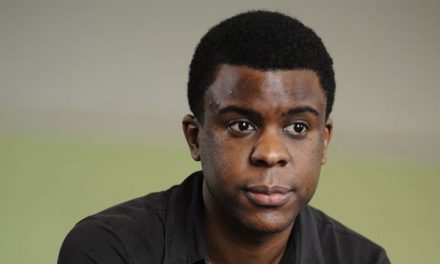 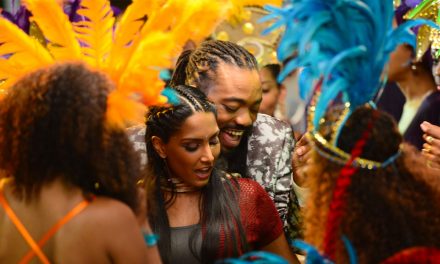