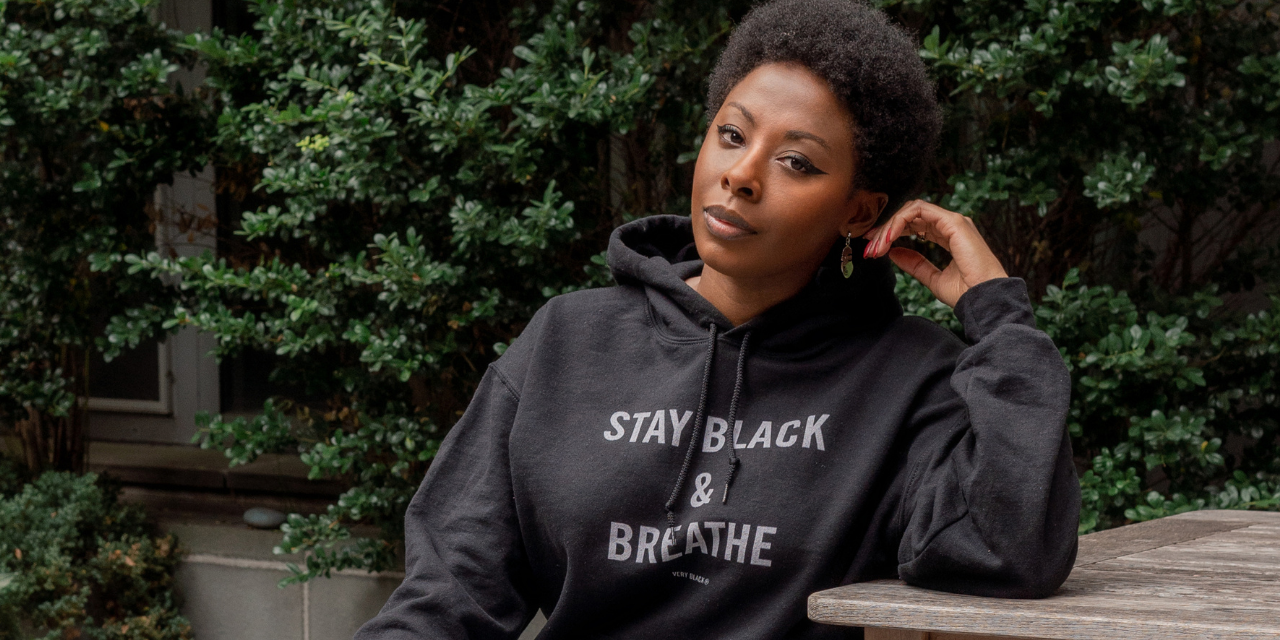 With an extensive range of skills which allows her to work in Film and TV wearing a number of skilled hats. With filmmaking her passion, Miriam is on a mission to close the gap throughout the Diaspora with hopes of reflecting the world she would like to see which is a world where our stories are more than just reminders of our pain and suffering.

She also made sure the cast and crew were predominantly people of colour and women (most of us being black women) further reflecting the ideals of a world she wants to see.

We sat down with Miriam to talk about her new film, her support for Black women creatives, her perseverance and still being able to tell our stories with limited resources…

Starting at the very beginning when did you or what lead you into a career in film?

Growing up, I thought I’d be a novelist. As I got older, I thought journalism would be a better fit because I wanted to be able to get to the heart of everyday people’s stories. Then I realised there was a visual aspect I wanted to capture that would be impossible to render with writing alone. In my junior year of high school, I stumbled upon an acting class, and that’s when I realised that film had the balance of writing and visuals that I was looking for.

I went to film school because it was the best fit for me at the time. I went in knowing little to nothing—I didn’t even know how to work on Mac computers. I got very good at adapting to my environment and soaking in as much information as I could about the practicality of filmmaking along with film theory and history. Thankfully, I also had a teacher by the name of Chris Newman who encouraged me to get on as many productions as possible so I could better understand where film school ended and reality began. I was able to learn how to edit, direct, produce, shoot, and even work sound. Since then, I’ve been able to work in late-night TV, theatre, post-production, and advertising. All these very different pieces have helped me better understand how to tell good stories with good people, and the actual moving parts required to make that happen.

Tell us about The Things In Between?

The Things In Between is a short film about Michael and Grace, a couple who reunite a year after their breakup to revisit the relationship they once had and, subsequently, lost. The film explores how memory and perception can shape our decisions in relationships. Topics like immigration and mental health are touched upon as well.

Why was it important for you to make The Things In Between, who is it for?

I wanted to make a film everyone involved could use on their reel or in their portfolio. It’s quite common for a lot of BIPOC talent to be overlooked because people hiring are rarely accustomed to truly making space for us and our talent. I wanted to create something with a team that reflects the world I know—a world with immensely talented BIPOC creatives, with half of us being women. I also wanted to tell a story that revolved around a Black couple in a grounded, human way. I wanted to tell a story that didn’t revolve around our pain, but our humanity. Even though the film is quite small—in that it’s a passion project and we had limited resources to make the film—it was important to me that it could still be something the team could be proud of.

Have you faced any difficulties trying to get the film off the ground?

A lot of the challenges I had came from having limited funding in addition to not having a lot of pull or clout. I knew the former would present a huge challenge, but I underestimated how often people are motivated by the idea of someone’s pull. Thankfully, I had a groundswell of support from friends and family that made it possible to get through those challenges. Though I was able to self-fund for the most part, there is no way this film would’ve been made without friends and family who donated their money, time, and resources. I’m immensely grateful that I don’t have to imagine what I would’ve done without them.

I find I’ve been consistently inspired by Asian cinema – from Rashomon to Kabhi Khushi Kabhie Gham to In the Mood For Love to OldBoy. The list is varied and goes on and on. A lot of Asian cinema has encouraged me to find my own groove, especially since I’ve often found myself in spaces that are predominantly white and Western. I’m incredibly grateful that work from African filmmakers is becoming increasingly accessible—in terms of films getting made and streaming options. There’s so much work I wish I’d been able to watch when I was in film school. There’s still more to be done, but I’m excited about getting the opportunity to be inspired by work that feels closer to me. I’m also a huge fan of Sidney Lumet, whose work I credit my teacher Chris Newman for introducing me to while I was in college.

Words of wisdom that have stuck with you?

Finishing The Things In Between. Early on when I was still workshopping the story, I shared it in an acting class led by a casting director—we had an assignment to bring in original work. Upon sharing a portion of the script, the casting director said my work was “actor-y and self-indulgent”. I’m usually quite good at hearing the heart of what someone is trying to communicate in hopes of improving my work. When I asked follow-up questions, the casting director didn’t seem interested in elaborating. That moment was difficult for me because he didn’t interact with the rest of the class that way; and since I was the only Black person and Black woman in the class, it was hard to gauge if his comments were fair or if bias was involved. What I do know for sure was that he wasn’t interested in giving his time or attention to my work. That stuck with me for the next two years as I finished writing the film, went into pre-production, completed production, and finally went into post.

Being dismissed, ignored, or passed over isn’t terribly new to me, especially since I’m a Black woman from the Global South. I’ve had some of the “nicest” people show me that they have no real intention of making space for people like me. The difference in this specific situation was that I started to wonder if he had a point. I wondered if all the blood, sweat, and tears I’d poured into my craft as a storyteller was a colossal waste of time. Though I actually had honest people I know and trust in my corner, the words from that casting director stuck to me like a congealed mess that I wasn’t able to slough off until a few weeks before sharing the film online.

Though those words and the worries they prompted were a burden I wish I hadn’t carried, I’m still proud of myself for moving forward with the project while being that bogged down. By the end of the project, I learned that I could trust myself and my instincts in the midst of a relentless cacophony and that my work isn’t a waste. I had to make my own insight just as valid as anybody else’s. I think that’s the first time I’ve ever really been able to do that.

I’m finally writing a sci-fi miniseries that’s been living in my head for about a decade. I’m working on two pitches: one is for a mini-series that explores the insidious nature of complicity, and the other is for a docu-series on body image. I’m also writing out a treatment for an “opposites attract” romantic dramedy.

To find out more about The Things In Between visit: Film’s website: www.thethingsinbetween.com

To keep up to date with Miriam Agwai visit: Personal website: www.storymakeher.com 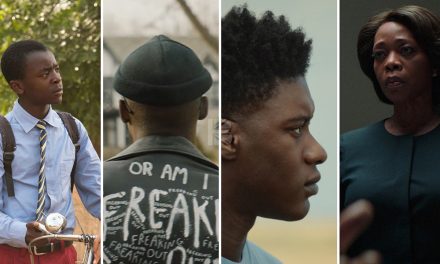 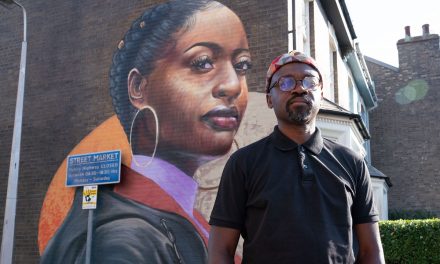 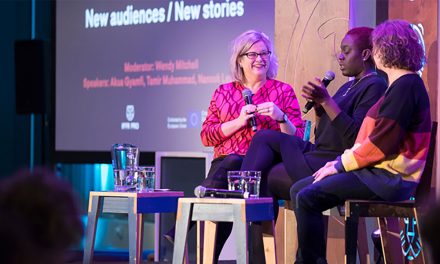 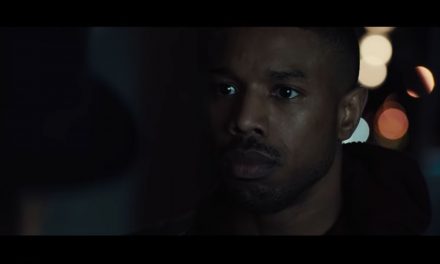