The Edinburgh based performer, winner of The Scotsman Fringe First Award and highly commended by the Amnesty Freedom of Expression Award, Aphia Campbell is the creator of the West End sell-out Black Is The Color Of My Voice. She returns with Woke, a new story about the 20th Century African American experience.

Campbell co-wrote Woke with Meredith Yarbrough and it is directed by Caitlin Skinner. TBB Talks found out more about this powerful play that was chosen to as part of the Made in Scotland showcase.

Tell us about Woke?

It’s a story about two women 42 years apart who become involved in the fight for civil rights. One is Assata Shakur, a notorious Black Panther who has been convicted of killing a New Jersey police officer and sentenced to life in prison. She escaped prison and fled to Cuba where she continues to live until this day. The other, Ambrosia, a young college student about to enter university at the beginning of the Black Lives Matter movement after the killing of Mike Brown. The story asks the question, ‘just how far we have come in the fight for civil rights?‘

Woke has been such an overworked, overused, diluted, misinterpreted, perfect, word why did you choose to call your play ‘Woke‘ and what does the word mean to you?

Woke means an awaking for me. I felt that this was an appropriate title for the piece because it drew on the colloquial term that it is now, and it really represented the journeys of the two women.

Why was Assata Shakur your icon of choice in telling this story?

Assata Shakur is an icon in the civil rights movement and current Black Lives Matter movement. I was introduced to Assata Shakur back in university when a friend of mine had written a one-woman show about her. I loved the show and asked her if she was ever going to perform it again, and she told me she wasn’t so I could adapt it. In the current Black Lives Matter movement, I kept seeing Assata Shakur pop up, and it was my co-writer, Meredith Yarbrough’s idea to tell the story through the prism of a young activist finding her voice. It was really important for us to find a way to show both movements so that a clear pattern could be seen in their struggles for equality.

In the UK our black history isn’t taught in a satisfactory way in our schools. It has also leaned heavily on the African American narrative. What was your experience with black history during your education and how much do you feel the younger generations are missing out on?

With the rise of the Internet, we have so many outlets to learn about our history; which isn’t filtered through the traditional educational route. When younger generations see an artist like Beyoncé, who recently had her Homecoming special on Netflix celebrate historically black universities, how can they not be encouraged to seek out our history of HBCU’s that leads them to Alice Walker, Booker Washington, Andrew Gillum, and Stacey Abrams?

I think seeing black excellence now encourages younger generations to learn more about our history and feel proud of the things black people have accomplished.

Woke has travelled and made an impact with audiences outside of America, what does that mean to you and how, if at all, does telling your story with a global audience in mind affect your creative process?

I think people really connect with Ambrosia’s story because they can see their daughters, sons, aunts, uncles, themselves or anyone who feels the fight for equality has been won. I don’t think it’s a story that’s specific to America although it focuses on American history. If you replace the systemic laws in America with various laws that have to do with keeping people in a certain class, you’ll see feelings aren’t that different. When I create work, I do try to make sure it’s as global as it possibly can so that audiences from varied backgrounds can find a way to connect to the message. I think this is because I really started writing when I was in Shanghai so I had a very diverse audience I was trying to speak to. It’s more about what I want the audience to walk away feeling, and to achieve that, the message has to be global but still authentic.

How did you get into playwriting?

I wrote my first piece in college about singer Bessie Smith. I can’t say I really set out to be a writer- it began as a way for me to showcase my own talents. I lived in New York for four years, and I started feeling a bit pigeonholed and lost. That’s when I turned back to writing and decided to write the piece about Nina Simone’s life. Now, I really love the freedom and creativity that comes along with writing and the process of being able to see a story in my head and bring it to life. It’s such an exhilarating experience and I feel really privileged to be able to do this as a living.

What has been the most satisfying moment you’ve experienced since you embarked on your playwriting journey?

The moment after my second performance of Black Is The Color Of My Voice in Shanghai. I came from backstage, which was a wooden dressing screen in the corner of the stage, and a Chinese woman greeted me sobbing. She had never heard of Nina Simone but she said through tears, “I can’t believe her struggle and everything she went through, I just connected with her”. That, for me, was a moment when I realised, wow, maybe I can do this—people want to hear what I have to say and I can move them. It moved me. I’ll never forget that moment.

Most creatives are multi-talented – what else do you do and how do you find balance enjoying all aspects of your skills/interests/goals?

Well, my major project at the moment is my one-year-old son. He keeps me pretty busy when I’m not on the road. When I can spare some free time, I try to get to an African dance class. I love dancing but I really love African dance so you might catch me there. I’m also trying to dive into writing for screen so I spend a lot of my time studying television shows and scripts, and when I’m not doing that I’m brushing up on my Chinese to keep it fresh. It was really important for me to try to keep a piece of myself when I became a mother. So, I have a very supportive husband who understands that and lets me get away when I need some me time.

Is Apphia an adaptation of the Ghanaian name Afua? Are you Ghanaian originally?

I’m not Ghanian but I have been told this about my name. My parents have been to Ghana many times but my name comes from the book of Philemon in the bible.

How would you want your body of work to be renowned for and what’s your intention?

I hope that my body of work reflects on the times that we are living in, and I hope people remember it as something that moved them and made them want to take action.

I’m still thinking about my next piece but when I know—you’ll know too! 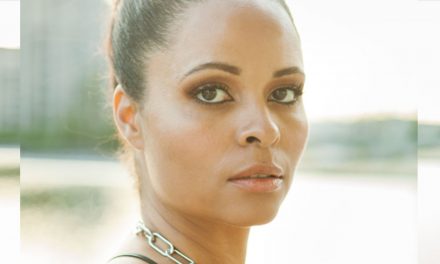 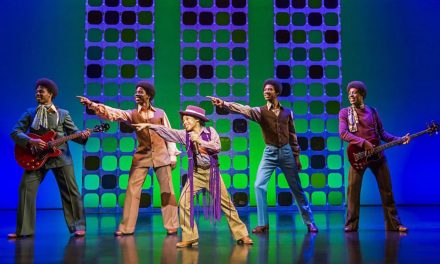 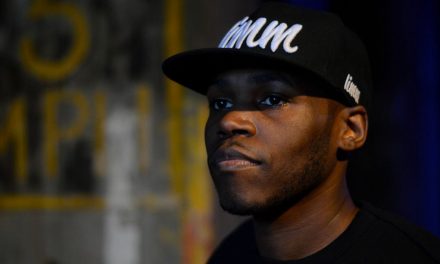 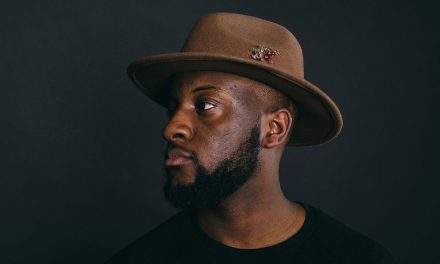