Warning: Use of undefined constant TDC_PATH_LEGACY - assumed 'TDC_PATH_LEGACY' (this will throw an Error in a future version of PHP) in /home/customer/www/thebritishblacklist.co.uk/public_html/wp-content/plugins/td-composer/td-composer.php on line 109
 #TBB10 with Kobna Holdbrook-Smith on his iconic role as Ike Turner in West End’s ‘Tina’ | The British Blacklist 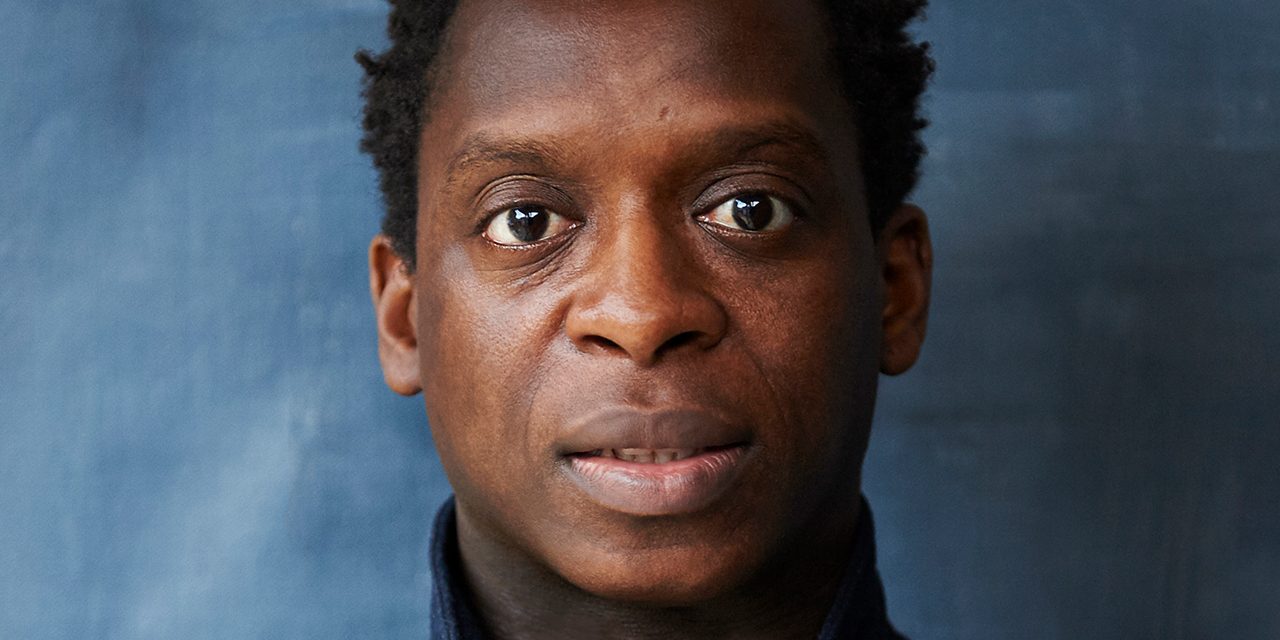 Ghanaian-Brit Kobna Holdbrook-Smith is one of those creatives who impress, whether you are considering their stage, on-camera, voice or socially conscious work.

Hailing from an academically achieving family, he has a formidable intellect, which is evident in whatever he does. In securing the pivotal role of infamous singer-arranger Ike Turner in the West End’s latest jukebox-type musical Tina: The Tina Turner Musical, Holdbrook-Smith has achieved a bitter-sweet victory which could catapult him to the top of musical theatre’s ‘must-have’ lists.

Having concentrated on heavyweight dramatic roles, he has nurtured 3 particularly strong relationships in his stage work – with London’s Royal Court Theatre, with Shakespeare, and with August Wilson, starring in three of Wilson’s Pittsburgh Cycle plays over just four years (Joe Turner’s Come and Gone, Gem of the Ocean and Ma Rainey’s Black Bottom for which he was nominated for the Manchester Evening News Best Actor Award). His vocal technique was studied and perfected alongside his dramatic art while studying at the Guildford School of Acting. Now here he is having the legend that is Miss Tina Turner approve of his casting in this monumental role…

1# What tempted you to audition for one of the most infamous hitmakers in rock ‘n’ roll history – Izear Luster “Ike” Turner –  singer-songwriter, musician, bandleader, arranger, talent scout, record producer and infamous abusive husband of Tina Turner. It’s such a pivotal role in the life of a living icon, but one associated with her darkest days and violence, how are you preparing emotionally for the part?

I am a fan of Phyllida Lloyd’s work and ways. Furthermore, the idea of playing Ike posed a very attractive threat. Emotionally I have had to work out how that kind of brutality happens. I interviewed a person who has been institutionalised for domestic violence to get insights, and I’ve obviously watched footage of Ike Turner online. Basically, inside my Ike, love and physical violence marry up.

2# When you met Tina did you consult with her at all on your role and any difficulties you may have felt or…  did she give you any words of advice, and just generally what was it like to meet her?

She’s kind of Jedi. She is powerful from the inside out. Some people are powerful because they are, but she really is powerful, and here’s the kicker – because she is truly OK with herself, she opens up and you feel connected. I did anyway. Cool right? Someone asked how she smelled and I can’t recall but she felt lovely, energy-wise.

3# Did you find anything redeeming or gain a sense of understanding about Ike? How do you want the audience to receive him?

I want our audience to believe in his existence, good or bad, and to leave feeling anything but indifference. The basic aim for me is to understand him, obviously. At the end of the day, to give a good portrayal I have to lend some of my love to Ike. I have to love him a bit so he can become alive. I don’t mind the audience hating him because he did what he did. 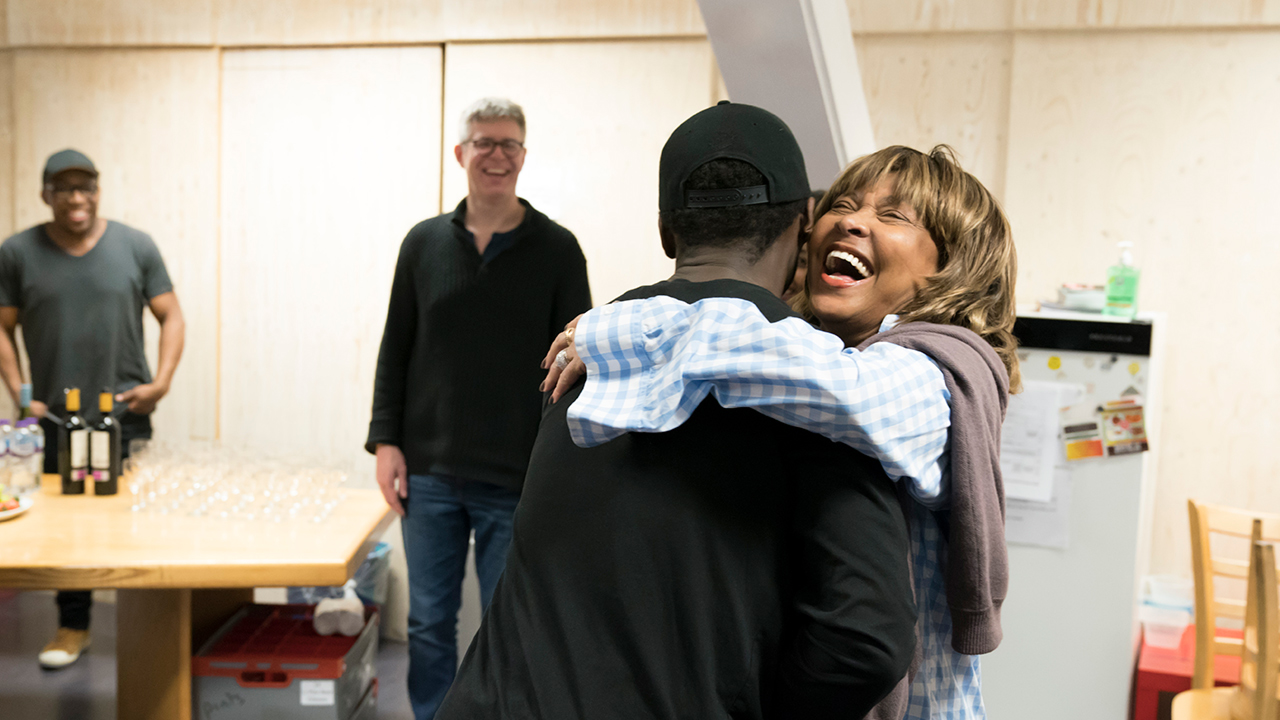 4# People will know you from your work in film, TV, audiobooks and the stage. But, they might be surprised to know that as well as developing your craft as an actor, you were also honing your  God-given ‘deep, dark, dusky voice’ in song!  How easy has accessing/recalling your vocal training for musical theatre been?

It’s been simple! This show has reminded me that easy and simple are not the same thing. I accessed/recalled the training easily but then have had to build and burnish it all along the way, adding detail and planning off fibs and absorbing musical developments and all whilst sounding like Ike.

5# The Ike and Tina Turner Revue was famous for its high energy live performances – a bit saucy and matching the musical spectacle of performances by James Brown and the Famous Flames. Are you in top physical shape, or have you had to develop a physical workout to match their legendary stamina?

I started on that long before rehearsals began but Anthony van Laast, our choreographer, had us working out from day two. I’ve lost about 20lbs and got my heart rate down to the low fifties, altered my diet and avoided the gym. But I don’t have to do as much dancing as some of our cast (shout out and love to you folks.) 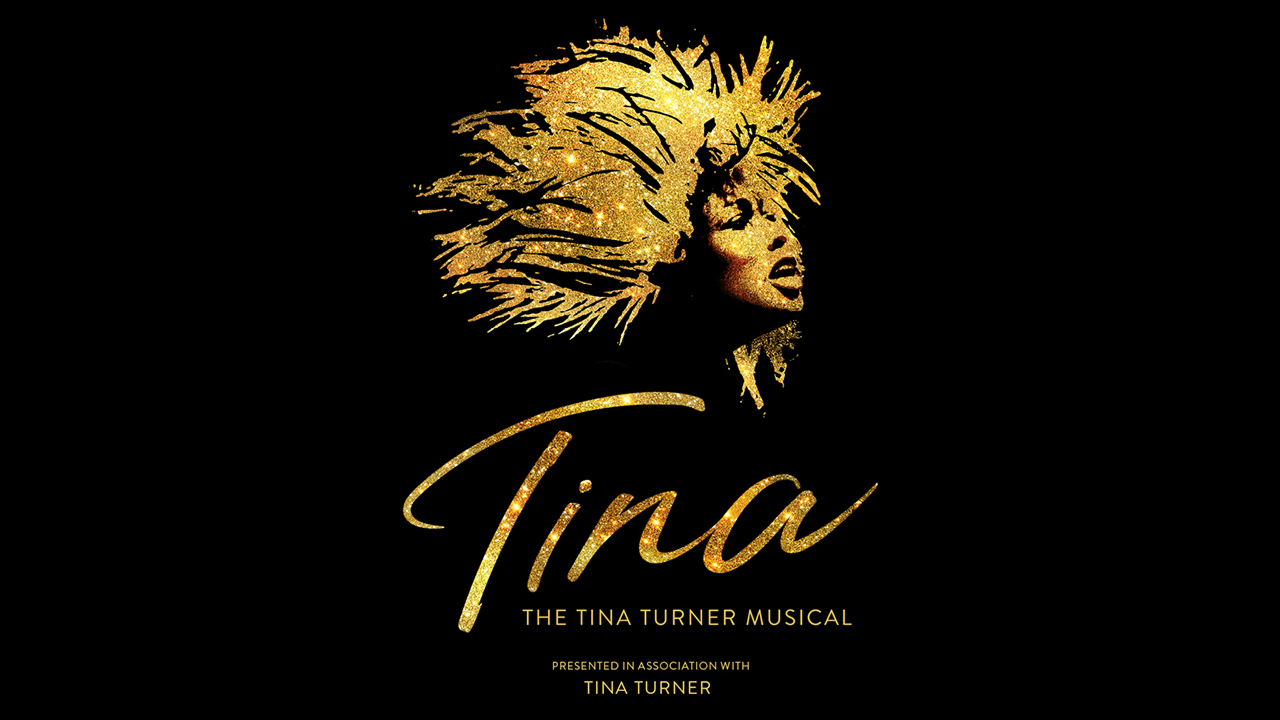 6# You have delighted a whole new set of fans by your tour-de-force performance, rather than a mere narration of Ben Aaronovitch’s six Peter Grant series of audio books, bringing to life the entire cast as British regional and international dialects – male, female, other, Scots, Cockney, British Received, Nigerian… 24 in book 1 (which we reviewed [1]) Did your fantastic work on the audiobooks help you prepare for this role?

I love accent-y work because I’m an actual nerd. Fact. It’s nerdy, technical stuff but I enjoy finding out about it and then making it feel real. Those books let me do accents I might not otherwise meet so it keeps the tools sharp. Thanks for being lively about them.

7# You’re starring opposite Adrienne Warren’s Tina. How quickly did you guys connect and what will the award-winning Phyllida Lloyd’s directing bring to the characters of Tina and Ike?

Phyllida has this peaceful, patient but vast intelligence and that twist of salt and fun that is a precondition of good theatre-making. Adrienne is clever, focused, tough, sweet, hardworking and can sing anything, and sing it well chalé! I could write a panegyric each for the all-out team but you only asked about those two.

8# This is a huge production and will sit well in the West End alongside Dreamgirls and Motown specifically,  have you seen both those productions? Also, your work with Act for Change involves campaigning for the diversification of stage and screen, how have things improved from your perspective? Having three major ‘black’ themed, productions on at the West End is quite unprecedented…?

I haven’t yet seen either of those and now you’ve baited me out about it! I’m glad we have these shows and I warmly welcome them. Perhaps I’m a bit more watchful about the changing face idea, though. It may seem churlish but I think we can only recognise changes after they happened and it’s still quite early to call this one.

I agree that it’s exciting, but we have had so many years of so many waves of change that swell up and then flatten out again. What I would say is that people (makers, producers, directors, and casting) are engaging in a whole new way, and doing so openly. I’ve never seen that before. That openness is what gives some the most hope because we can all see if people keep it up. After all, what we call diversity should rightly be the “normality”. 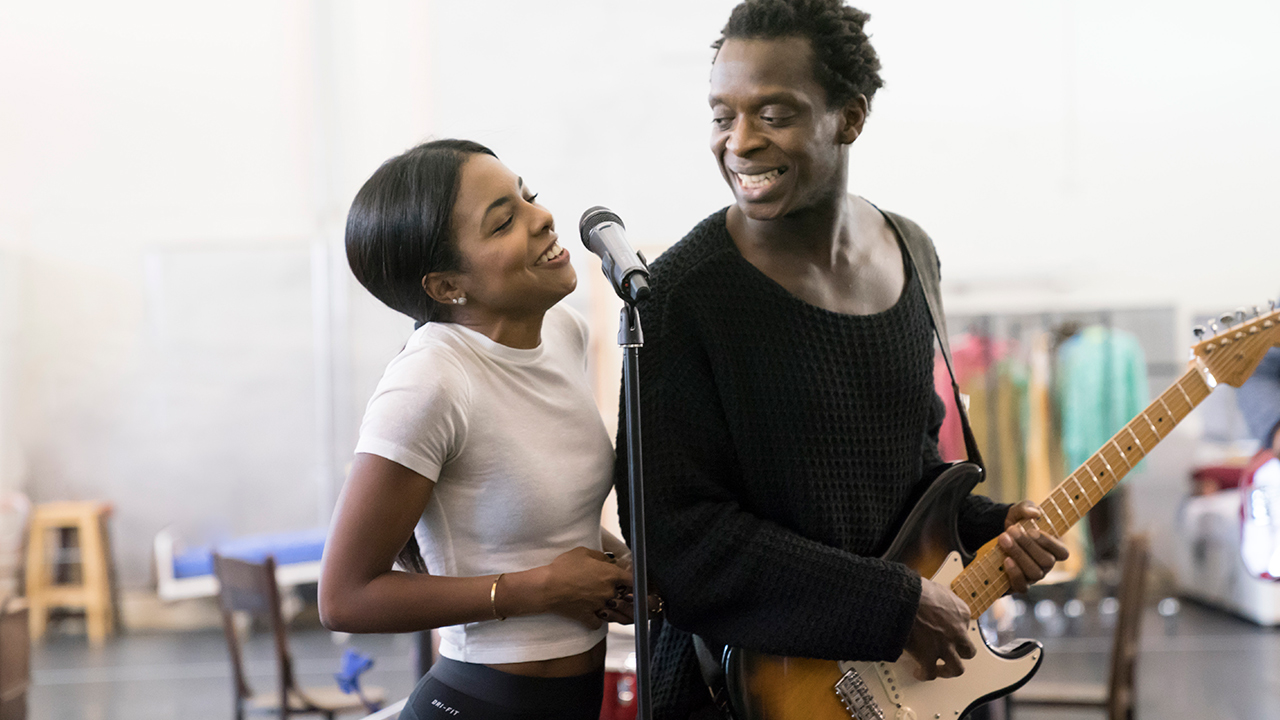 9# We will next see you in Mary Poppins Returns later this year. Another iconic production, and that you’ve been cast in a period drama, can you tell us a bit about your role,  and can we expect a song from your character?

Disney is so committed to making Mary Poppins special that we have to keep almost everything a secret. If you can bear it, let as much of it be a surprise as possible. I will tell you that Jeremy Swift is very funny and yet you never catch him doing it. And if I found out Julie Walters was made of actual magic it wouldn’t shock me. If you see hype about Lin-Manuel Miranda… believe it.

10# We are also expectantly awaiting your starring role as legendary New York DJ Larry Levan in the forthcoming Paradise Garage movie [2]. How far along is that project and what can we expect from your role?

Everything is a secret! OK, so, I was actually in NYC this January with the director going over details of the project and how we will work. We went to the actual site of 84 King Street where PG had stood because the building was knocked down. (That won’t affect the production, just our hearts.) We convinced the day watcher there to let us poach some bricks. They still have original paint on them. While I’m working here Jonathan is in NYC working with the producing team. My sense is that we could go into production next summer but it isn’t my call.

We have heard him speak as a champion for inclusivity in diversity debates [3]; as Vice Chairman of the Act For Change Movement* engaged in a robust encounter with National Theatre artistic director Rufus Norris [4], and he co-stars in a Richard Ayoade comedy short promoting the See Africa Differently** project.

He can be heard narrating the audiobook Black and British A Forgotten History by David Olusoga. As for his masterclass audiobook performances, its no mean feat to be invited to apply one’s spoken baritone to 12 unabridged sci-fi and fantasy titles (plus 13 in other genres), including the hugely cerebral Alastair Reynolds’ Blue Remembered Earth, and, of course, the hugely successful  partnership with author  Ben Aaronovitch in his Rivers Of London series [5].

Kobna Holdbrook-Smith is one to watch.

The *Act For Change Movement aims to strengthen diversity in the live and recorded arts, and to communicate to the unrepresented audiences that a future exists with them firmly featured in it.

The **See Africa Differently project aims to counter the negative perceptions and propaganda of what’s happening with Africa, where people’s money is going, the scale of its development and its scope for a positive future. 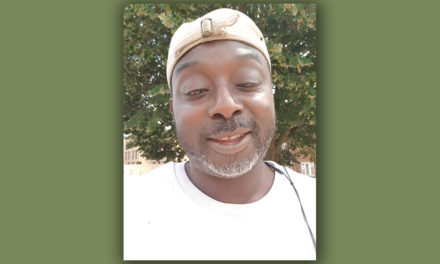 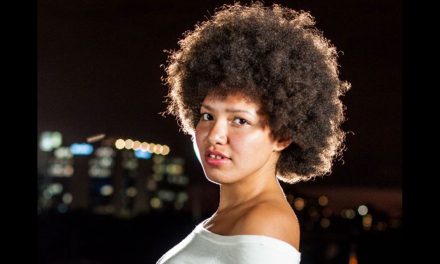 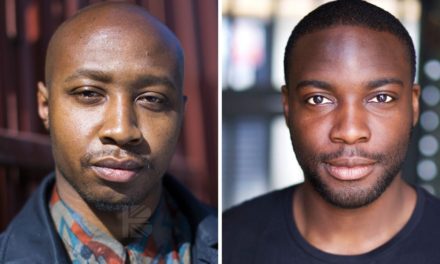