Warning: Use of undefined constant TDC_PATH_LEGACY - assumed 'TDC_PATH_LEGACY' (this will throw an Error in a future version of PHP) in /home/customer/www/thebritishblacklist.co.uk/public_html/wp-content/plugins/td-composer/td-composer.php on line 109
 #TBBevents – London’s 2017 Raindance Film Festival Runs from Sept 20th – Oct 1st | The British Blacklist 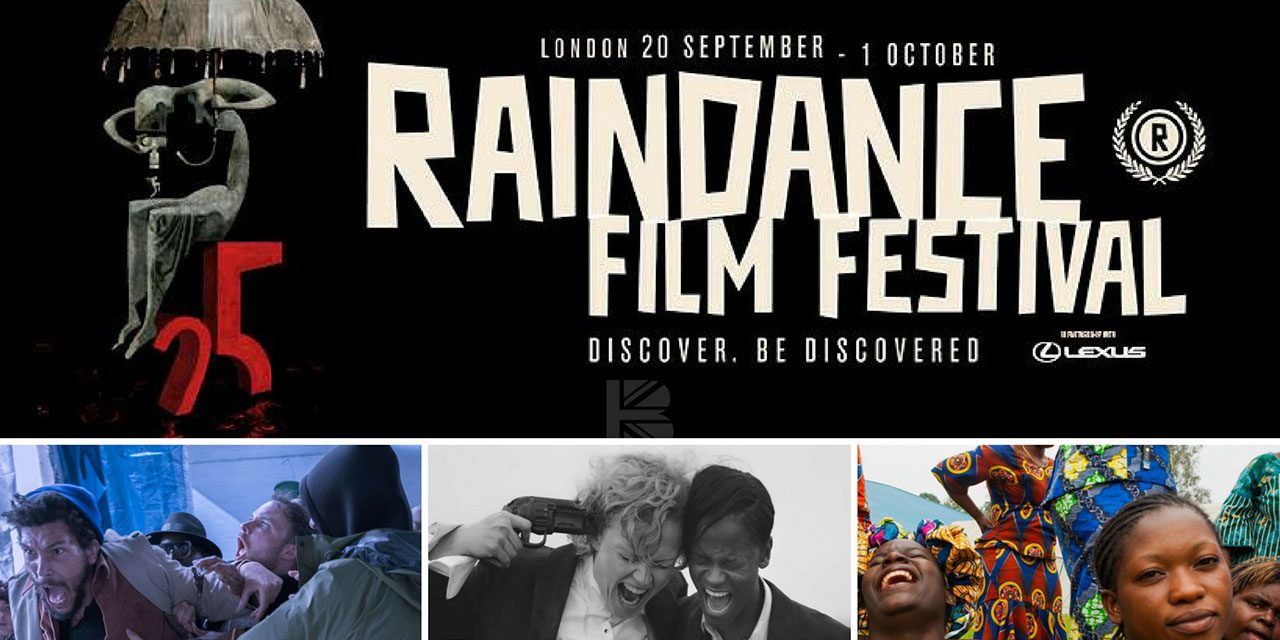 Raindance Film Festival is the largest independent film festival in the UK. Celebrating its 25th Anniversary in 2017, Raindance is based in the heart of London’s buzzing West End film district.

Raindance Film Festival is officially recognised by the Academy of Motion Picture Arts and Sciences USA, the British Academy of Film and Television Arts and the British Independent Film Awards. Selected shorts will qualify for Oscar® and BAFTA considerations.

See below all the films of note that have caught TBB’s interest: 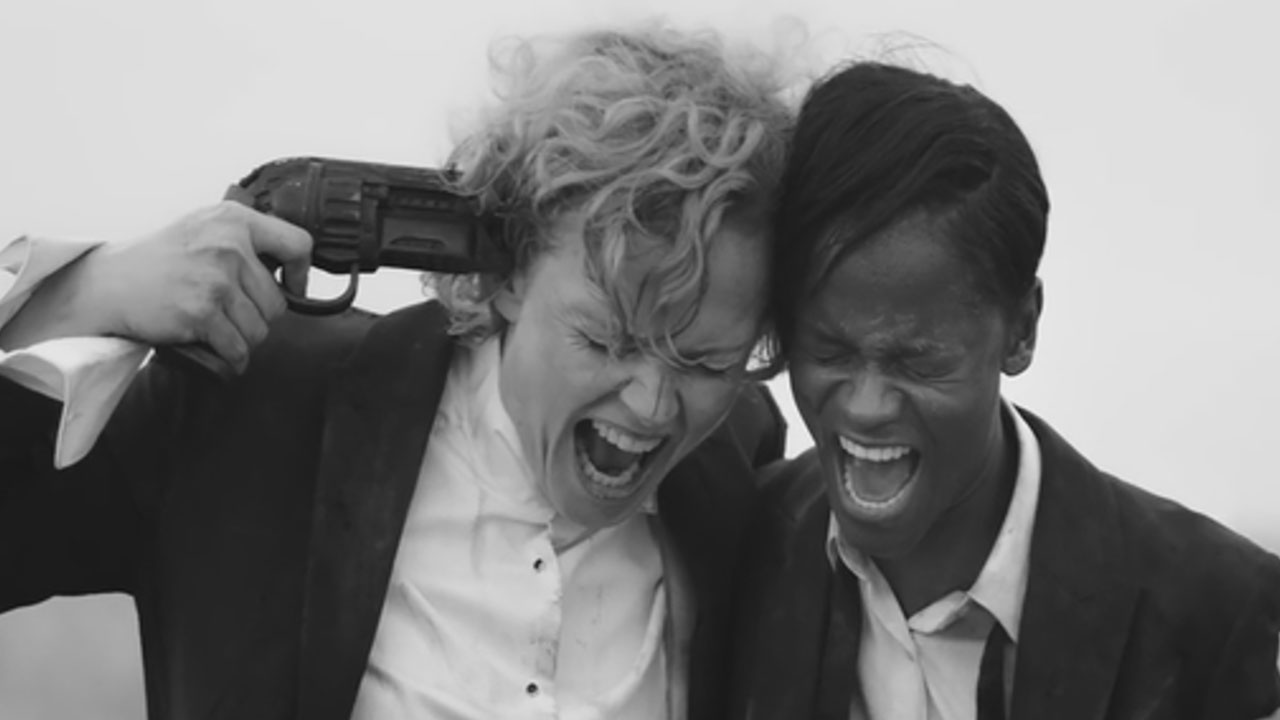 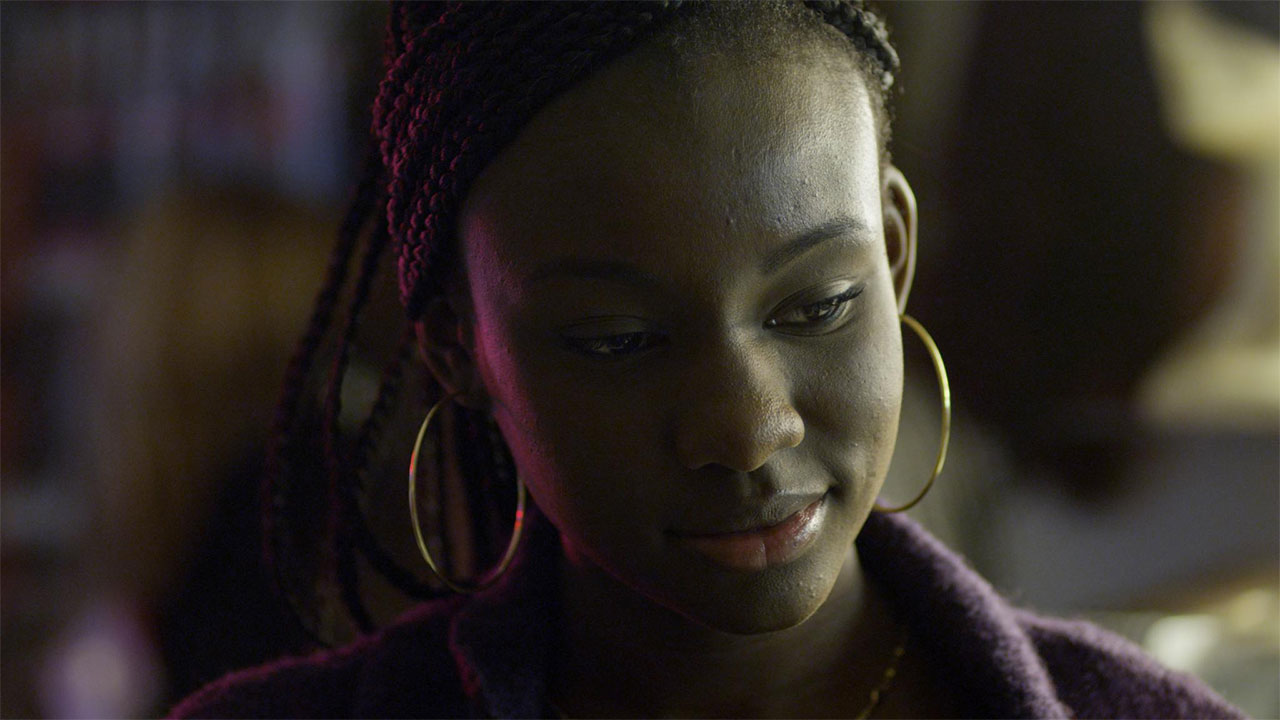 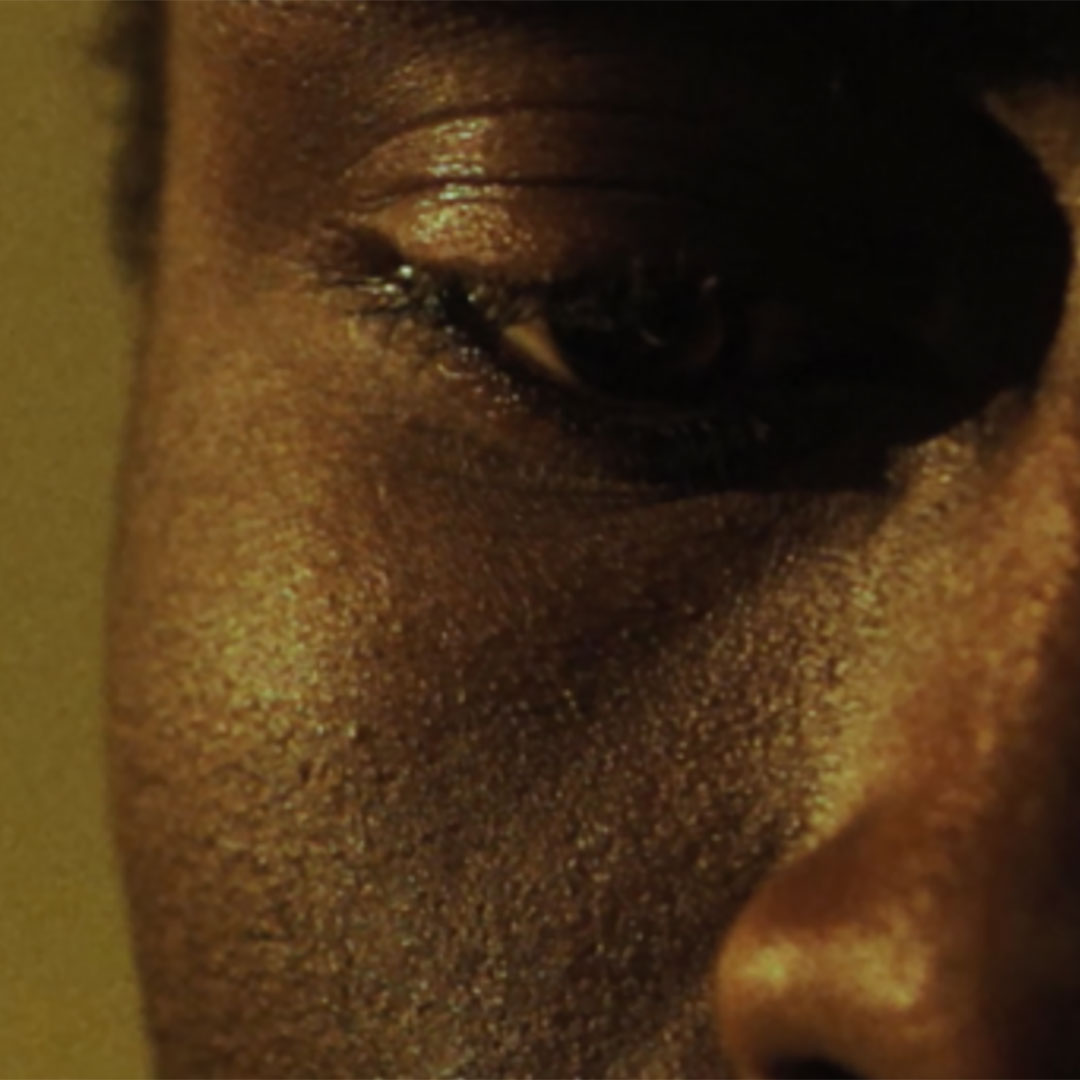 Cla’am (Shorts Programme: UK”) – A dark, surreal comedy about a local man who becomes convinced that a vast conspiracy is behind the impossibly rapid gentrification in his London area. But is it all in his head, or is the truth even darker than he imagines? 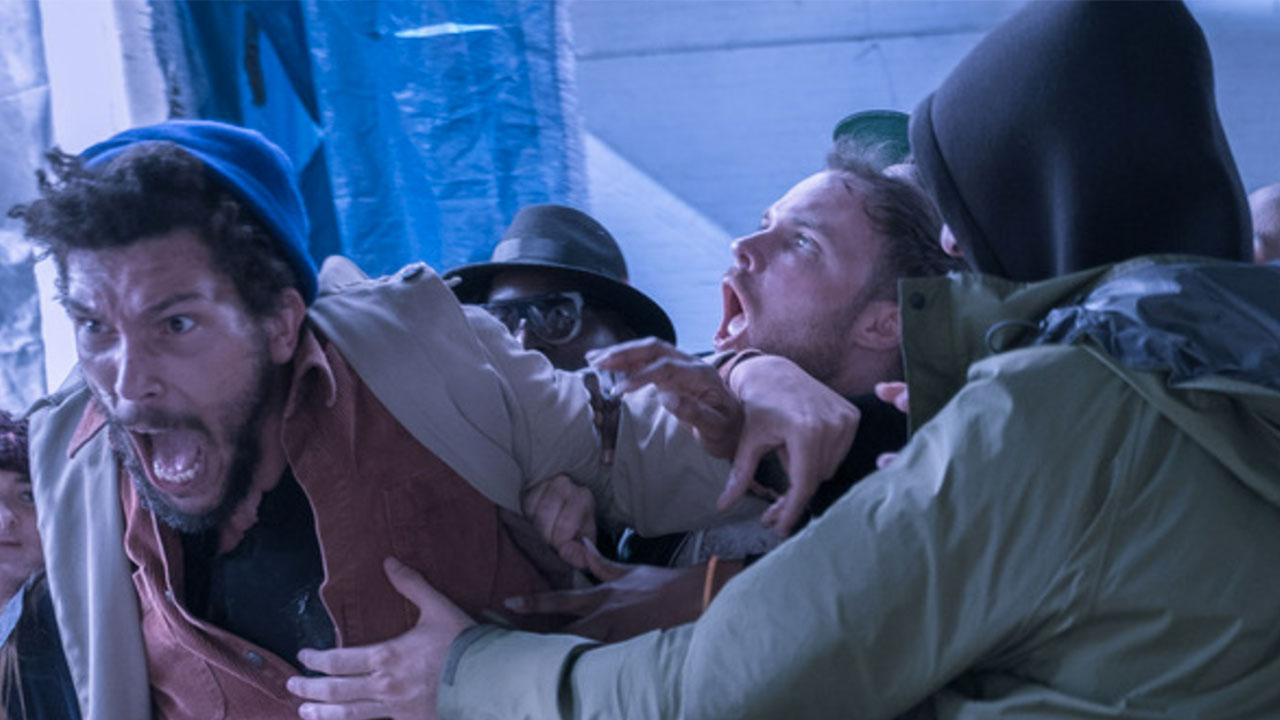 Work (Shorts Programme: UK”) – Jess is an 18 year-old from London balancing her responsibilities as a daughter with her ambitions of a career in dance. When she is confronted with just how cold and unjust life can be during a journey to work, her perspective of the world around her begins to shift. Starring Jasmine Breinburg. 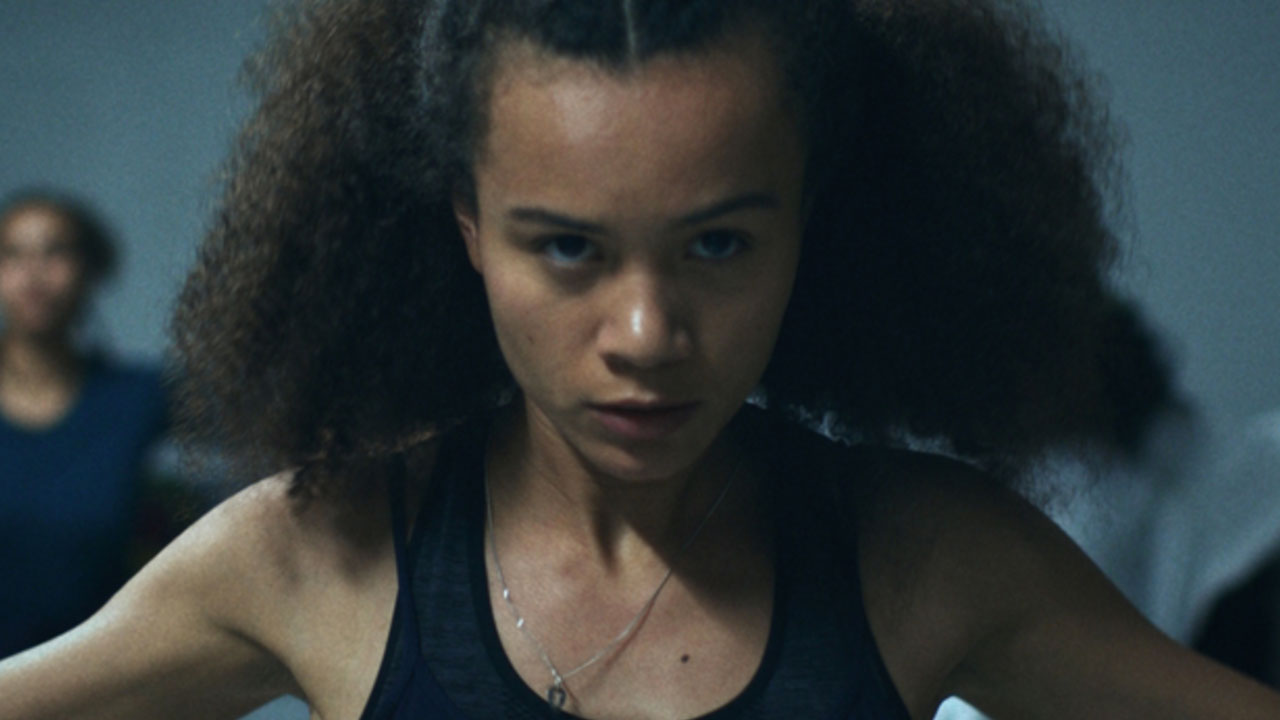 46.0 (Shorts Programme: UK”) – Friends Adam and Luke are the life of the party. When they decide that Luke should host a party at his house, what was meant to be a night of fun without responsibilities turns out to be a nightmare for Adam. Directed by British black director Joseph A. Adesunloye. Starring Adam Strawford, Guetan Calvin-Elito and Michelle Tiwo. 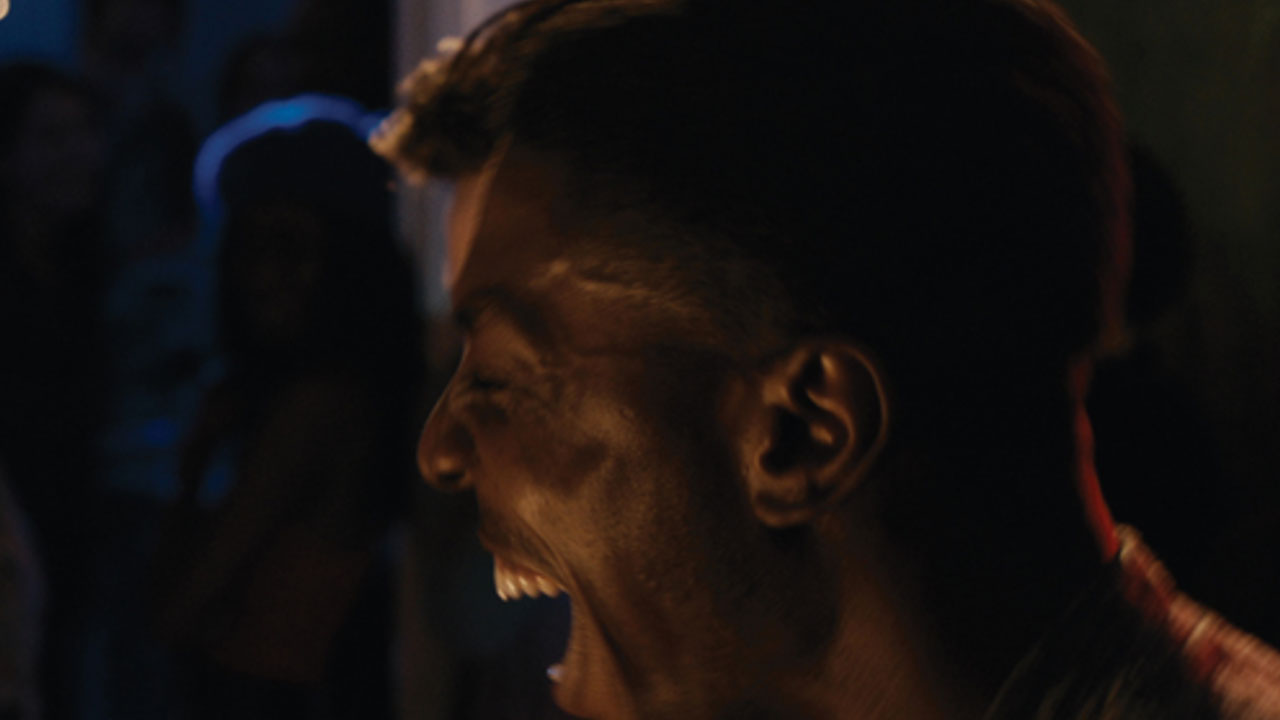 Pink Beetle (Music Video”) – We wanted to create a backyard illegal dentist feel and then ram it full of odd and eccentric characters. A mad, trippy and anarchic visit to the dentist chair. Starring Irish musician Rejjie Snow. 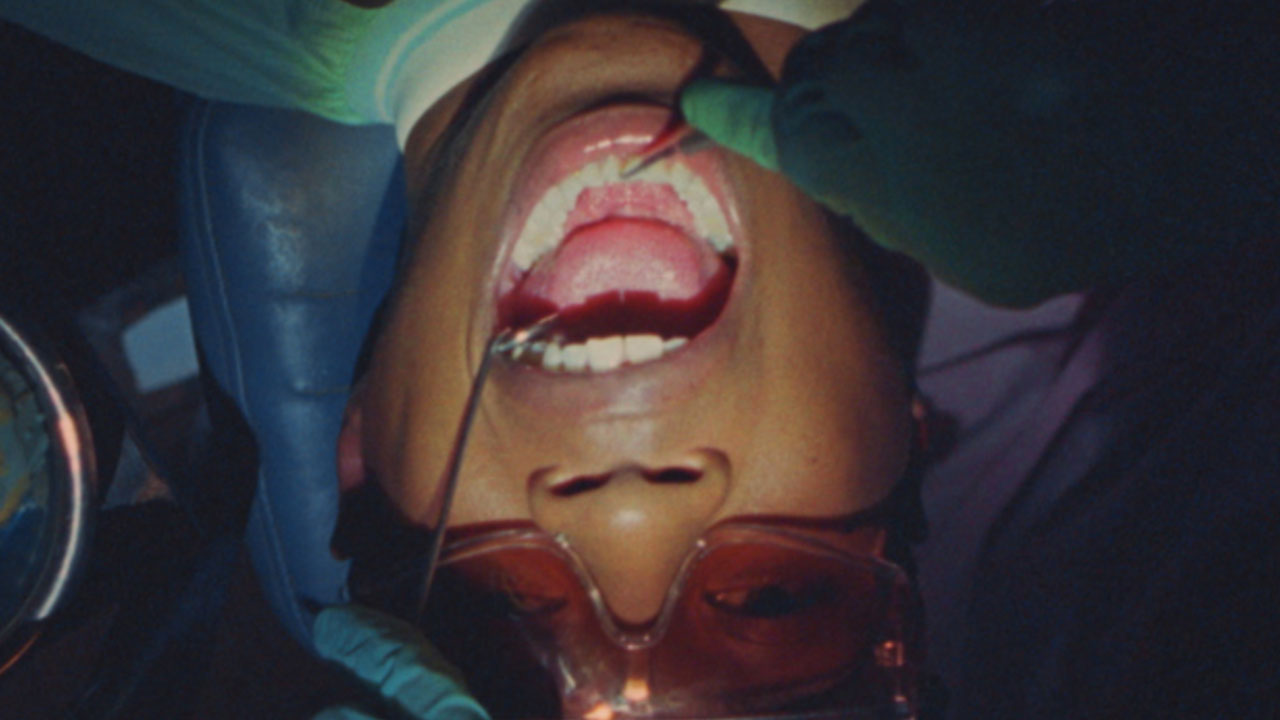 Stuck (USA) (Stuck is screening as part of the Raindance Closing Night Gala) – A modern musical film about six complete strangers who get stuck underground on a New York City subway. They are of different races, cultures and ages. The emotions of the trapped strangers fly as they reveal who they really are through song. Starring Giancarlo Esposito, Ashanti. Screening Dates: Sun 1st Oct @ Vue Leicester Square – book tickets.

Within every stunning scene, the stylised aesthetic of LaBruce is evident. Each face is striking, whether through intense makeup, haircuts, or facial features. And from the short olive skirts and burgundy cardigans of the school uniforms, to the terracotta roof and turquoise shutters of the convent, the film offers a distinctive exploration of colour. Camp, high-fantasy, and unapologetically queer, The Misandrists transforms a feminist paradise into a visceral critique of essentialist views on gender and sexuality. 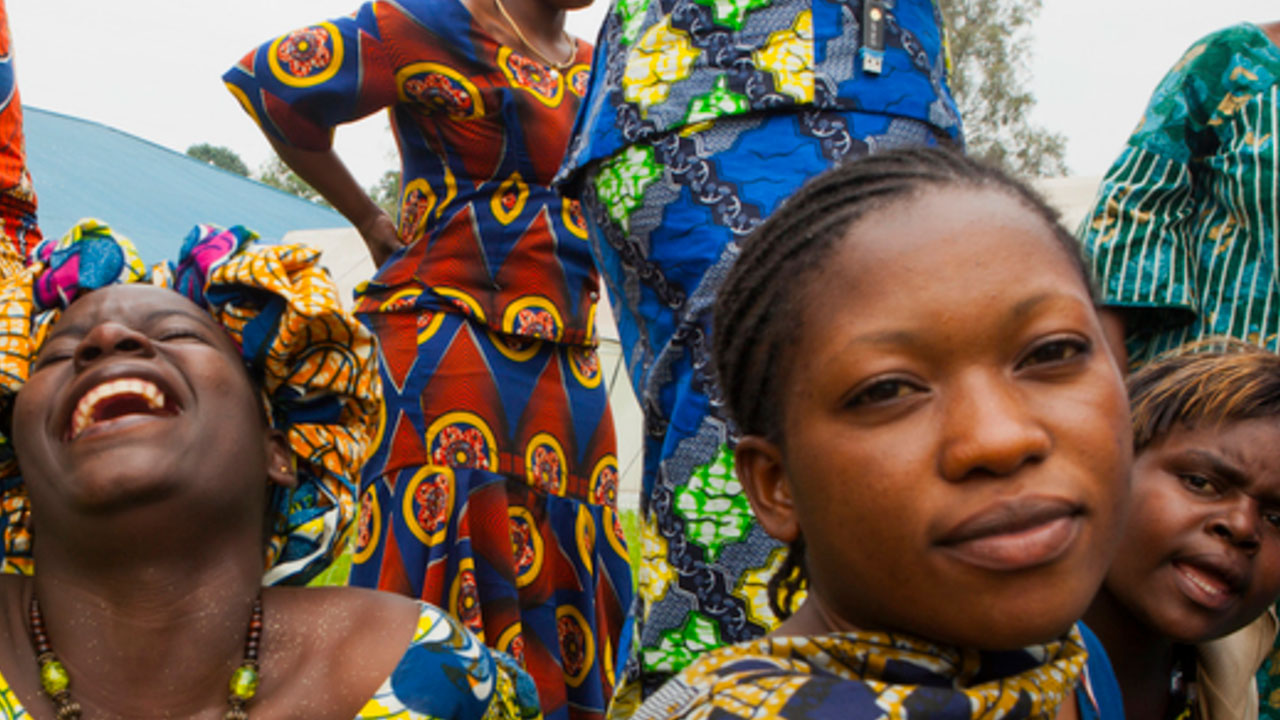 Cahier Africain – It started with a small school exercise book, checkered with the courageous testimonies of 300 Central African women, girls and men. They reveal what Congolese mercenaries did to them in the wake of armed conflict. They gathered together their testimonies in this book to record the crimes committed against them. Screening Dates: Fri 22nd Sep, Wed 27th Sep @ Vue West End (Leicester Square) – book tickets here.

I Go Back Home – Jimmy Scott –  the moving story of Ralf Kemper, a German composer and producer who, following the death of his wife, has grown disillusioned with his own work. He decides to begin a project to bring recognition to his hero, an icon of the golden age of jazz, 85-year-old singer Jimmy Scott, who has been repeatedly neglected by the music industry and now lives out his old age in obscurity.

The film sensitively follows the burgeoning friendship between the two men as Kemper pushes on against practical and financial obstacles to produce a record which will reinstate Jimmy to his rightful position in the history of jazz. As the machinery of the industry rumbles around him, the old man basks in the warmth of the attention he receives and in the many magical performances of the jazz standards included in the film, we see him light up as the years fall away and, however falteringly, his voice soars once again.

Pitch Training With Elliot Grove – It’s not enough to have a million pound idea, you have to be able to sell it. When often all you have is 15 minutes with a producer that has heard 10 other projects that same day, it is vital to learn how to hook anyone and get your movie made. Event Date:  Thu 21st Sep @ Vue West End – book tickets here.

Women In Film Panel: What Does It Mean To Be A Leading Female Character On The Big Screen – Hosted by Women in Entertainment President – Cynthia Landon – this panel will explore films and narratives in which female characters and narratives are placed front and centre. Featuring Kelly Davis and Kim Hudson, this panel will discuss what it means to create work with a leading female character and explore hour audiences are receiving this work. Event Date: Fri 22nd Sep @ Vue West End – book tickets here.

Live Ammo! – The chance to pitch your movie idea directly to a panel of film executives! To the people who matter. To the people who buy scripts and decide what will be made and what won’t. Just drop past the Hospitality Desk to put your name in the hat. If your name gets drawn on the night, get ready to hand over your fiver! Then you’ve got 2 minutes to convince the panellists your script is great and maybe even give it a read themselves. Be warned pitchers can and will be gonged off if they run over time! We are exploring cash prizes for those who pitch and so for our 25th Anniversary, the stakes will be high.
Event Date: Fri 22nd Sep @ Vue West End – book tickets here.

From Festivals, to Awards: how can a film festival help to access awards? – How do you go from your first exposure to worldwide recognition? From the indie screening to the red-carpet? BIFA-winner Daniel Konrad(Burn, Burn, Burn)and PR Expert Catherine-Lyn Scott discuss the where to take your festival success and how to break into those exclusive next stages. Event Date: Fri 22nd Sep @ Vue West End – book tickets here.

From Film to VR: The Road to becoming a Creator – Explore the intersection of Film and Gaming – Virtual Reality. How do Filmmakers become VR Creators? and where do your skills crossover? Several filmmakers who have made the transition discuss their experience and offer a unique insight into the new tools in a filmmakers kit.
Event Date: Fri 22nd Sep @ Vue West End – book tickets here.

Live Ammunition! – The chance to pitch your movie idea directly to a panel of film executives! To the people who matter. To the people who buy scripts and decide what will be made and what won’t. Just drop past the Hospitality Desk to put your name in the hat. If your name gets drawn on the night, get ready to hand over your fiver! Then you’ve got 2 minutes to convince the panellists your script is great and maybe even give it a read themselves. Be warned pitchers can and will be gonged off if they run over time! We are exploring cash prizes for those who pitch and so for our 25th Anniversary, the stakes will be high. Event Date: Fri 22nd Sep @ Vue West End – book here.

From Book to Film: Finding a Story – Most of the leading box office films are book adaptations. In the uncertain times of the changing economy, adaptation seems to be a safe bet. Learn about the process of transforming a beloved book into a succesful film. With Tony Morris. Event Date: Sat 23rd Sep 12:45 @ Vue West End – book here.

Short Films – Calling Card To Features? – Are Short Films the path to getting your first feature financed? A panel of Industry specialists from Filmmakers to Programmers explore the lifespan of a short film, the doors it opens, and what happens next. Event Date – Sat 23rd Sep @ Vue West End – book here.

Pitch Your Poster – All filmmakers should understand how their film should be marketed from the start. In this event you can pitch your idea for your film as a film poster to a panel of experts and distributors.
Event Date: Sun 24th Sep @ Vue West End – book here.

Why Are We Still Talking About Queer Film? – It has been 50 years since the decriminalization of homosexuality in the UK. How much has society changed, and where does LGBTQ filmmaking sit in today’s industry? Bruce LaBruce and a panel of queer artists, curators, and activists share their thoughts, experience, and expertise. Event Date: Sun 24th Sep @ Vue West End – book here.

360 Filmmaking Masterclass presented by Facebook 360 – Speakers from Facebook’s 360 team in California will discuss all about 360 filmmaking and the benefits of their 360 platform including camera systems, audio, stitching and more. Whether you’re a filmmaker, a film student, a media professional or a creative, this masterclass will provide you with the knowledge you need to start crafting powerful 360 films.

Our goal is to inspire creators across all mediums—filmmakers, writers, musicians, game designers and more—and help them to connect and bring their ideas to life. Join us and learn how you can push the boundaries of creativity in VR and 360 filmmaking. Event Date: Mon 25th Sep @ Vue West End – book here.

Virtual Reality – For the second year in a row, the Raindance VR Arcade sponsored by Lexus at London’s Hospital Club, will be the festival’s home to the most innovative Virtual Reality experiences and 360 films, many of which will receive their world, European and UK premieres. Open to the public between September 29 – October 1, the VR Arcade will allow audience members to experience the latest advances in storytelling by showcasing a curated selection of the 20 most pioneering experiences of the total 40 experience nominated for Raindance VRX Awards. Event Date: Fri 29th Sep, Sat 30th Sep @ The Hospital Club – book here.

Where Next For Webseries – The future of webseries is ever changing; Bigger channels and bigger brands are cottoning on to the audiences an online series has access to. Where does that leave the independent creators?
Event Date: Sat 30th Sep @ Vue West End – book here. 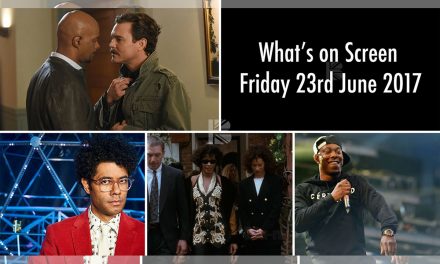 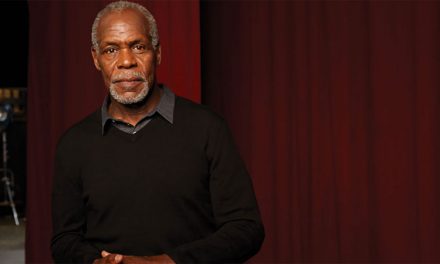 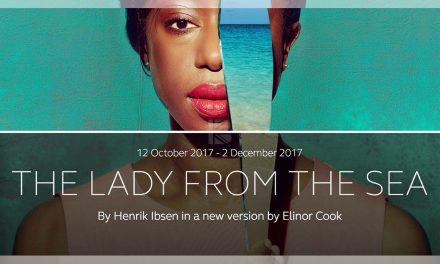 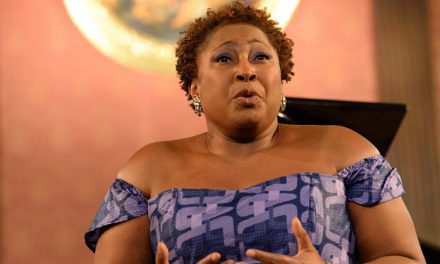