Warning: Use of undefined constant TDC_PATH_LEGACY - assumed 'TDC_PATH_LEGACY' (this will throw an Error in a future version of PHP) in /home/customer/www/thebritishblacklist.co.uk/public_html/wp-content/plugins/td-composer/td-composer.php on line 109
 Untold Stories: The UK Premiere of Adopted ID | The British Blacklist

Every year IBW has brought our attention to an array of films that challenge our perceptions and shed light on historical and contemporary stories of Black Women, often overlooked in today’s world. Certainly one of the most intriguing offerings for this year’s lineup is the UK premiere of the film “Adopted ID”.

Written & directed by Sonia Godding-Togobo, Adopted ID chronicles the fascinating story of Judith Craig, a Haitian born Black woman, found lying in a ditch as a baby and subsequently adopted by White Canadian parents. Now as a grown woman, Judith Craig embarked on the brave journey of finding her lost family and rediscovering herself as a child of Haiti.

The inspiration for telling this story came from an array of directions. Sonia met Judith through a mutual friend at an event featuring noted Psychologist and ‘Post Traumatic Slavery Syndrome’ expert Dr. Joy Leary. She describes being simply fascinated by Judith’s story giving birth to a humble desire to document what would be a life-affirming journey. This coincided with the backdrop of a time hot with the issue of big American celebrities travelling thousands of miles across the seas to adopt poor ‘third world’ children. As Godding-Togobo herself states:

“Initially I wanted to address the issue of inter-racial and celebrity adoption. At the time the big issue was Madonna adopting David Banda from Malawi. A lot of people were upset about that. While shooting the direction became clearer and we began to focus more on the story of Judith, her journey and what she went through.”

Sonia describes Judith as ‘very open’ to being accompanied by her director friend. A fact that no doubt appeased her apprehension, as attempting to address such an issue is, of course, a “huge responsibility”. But more than just being the director, Sonia was a friend, aiding a friend in trying to find her family.

With the aid of information from nunnery through which Judith was adopted and a birth certificate marked “Parents Unknown”, they travelled to Haiti following the trail wherever it led them. Haiti is a country not estranged from our TV screens accompanied by a narrative of poverty and violence. However, these two Black women from the west found it easy to forget the popular images of this nation, as projected by the international media.

Aside from a few “Western moments”, they felt very much at home on the Island. Particularly significant for Judith as this was actually her ‘home’. They engulfed themselves in the ‘intensity’ of a people and a nation full of pride. The people are proud of their history, proud of all they have overcome and most importantly proud of their long lost daughter for returning to rediscover her people.

The returning sisters also discovered how in tune the everyday people were with their national politics. “The people walk, talk, breathe and eat politics, in a very real and practical way” – says Godding-Togobo. She describes how everyday people took a keen interest in the filming, not out of excitement for being on camera, but out of a need to preserve the dignity Haiti, ensuring that this was not another camera crew seeking to distort the image of their great nation.

Of course, the journey was not without its challenges. Finding the family of Judith, a baby without a recorded birthday or known surname led them down a long trail of liaisons with orphanages, police stations, nurses and all manner of institutions. The process proved to be an education in and of itself, detailing the arduous bureaucracy in the world of the adoption procedure. Each challenge and discovery shed light on another aspect of this story deserving much needed attention.

“I could have made 3 or 4 different films while shooting Adopted ID. Some of the issues we face need another film to do it justice. It was disheartening to see how Adoption in Haiti is so much of an industry. There is a supply and demand and the demand gives rise to an industry.”

The many complexities exposed them to issues such as –  missionaries with questionable agendas, would-be parents from France who have never considered ‘what it would be like to raise a Black child’ and unscrupulous lawyers exploiting the process for monetary gains.

Godding-Togobo remained heartened however by the determination of her friend, Judith. As the direction of the film began to focus on her personal story, Judith Craig grew as woman, becoming the conduit for telling one of the many untold stories of the Black woman; a perfect harmony for director who describes herself more as a “storyteller” bringing to light narratives that have been left in the shade. Sonia hopes that this documentary helps to raise awareness of the importance of Adoption among Black Communities throughout the world. Here is a director who gets behind the camera-conscious of what she is trying to convey.

When asked about her inspiration for pursuing a career in film, Sonia recalls her parents taking her to a Black History Month event in Canada as a very young child:

“There was a historian speaking on the History of Afrikans in Canada and so on. Part way through the speech he says: ‘We need to stop telling our children they have to be lawyers & doctors – We need more Spike Lees.”
“Adopted ID” charts a story that certainly needs to be told. 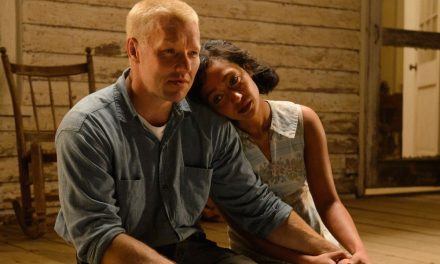 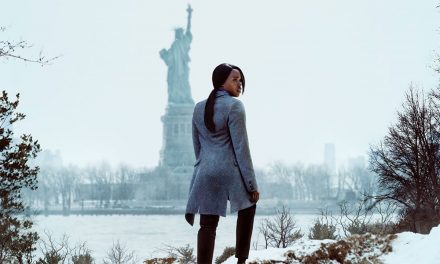 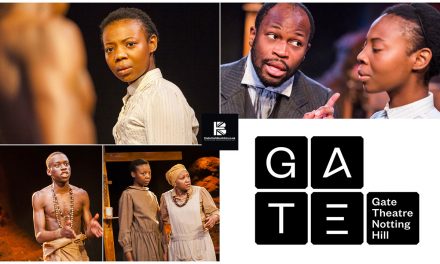 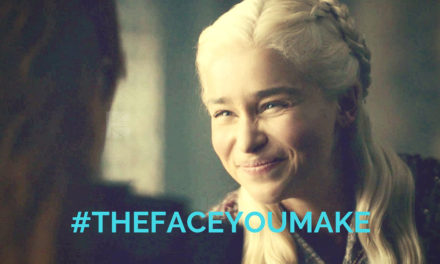