Even though I work in media and my business is all about film, I’ve remained unaffected by the heavy promo run up to Girls Trip.

Maybe it’s because being in the biz for so long, I’m too jaded to allow myself to be manipulated. Possibly it’s more the fear of being let down; I loved All Eyez On Me for nostalgic purposes, but I know it could have been so much better. Also, I’m done with Hollywood taking a great idea then stomping all over it with overkill. The Hangover (2009) should not have been a franchise. Sex and The City series (1998 – 2004) was fine enough. I do understand why the movie was made in 2008, but it should have served as a reminder as to why we were happy with the series and why we didn’t need the second film – especially as lack of strong storyline led to usually favourite character Samantha’s cultural appropriating crappy scenes.

So yes, I had all these feelings and turtled against the heavy Girls Trip promotion. Fast forward to this week of the UK release and the news that it had already done $30mil at the US box office and my WhatsApp popping off (the girls and I will be seeing it this Saturday), the Facebook girls groups, planning girls trips, to see Girls Trip… and the more organised screenings from Caramel Film Club and The New Black Film Collective (plug plug) I poked my head out. Then asked by TNBFC to host a Q&A after their Wednesday pre-screening of Girls Trip, I thought why the heck not, dragged my daughter along, and what a fantastic night was had.

Firstly this film is fuh-nay. From start to finish, you’re laughing, you’re relating, you’re smiling at the cinema room PACKED full of black women. Shout out to the 5 men who joined us. The vibes were right and reminded me of how I felt back in the late 90s when teenage me went with the homettes to see Set it Off.

The premise for my fellow turtles is – Best friends Ryan (Regina Hall), Sasha (Queen Latifah), Lisa (Jada Pinkett) and Dina (Tiffany Haddish) are in for the adventure of a lifetime when they travel to New Orleans for the annual Essence Festival. Along the way, they rekindle their sisterhood and rediscover their wild side by doing enough dancing, drinking, brawling and romancing to make the Big Easy blush.

Using all the character stereotypes, Ryan is the bougie successful one, famous and married to a chocolate hunk of a man Stewart (Mike Colter aka Luke Cage) but hiding a few truths, Sasha is the hustling journalist struggling to keep her bank account out of the red as she tries to make it in the competitive world of Gossip media, Lisa – mummy of the group, is the conservative divorced mother of two who lives with her mama and then there’s Dina, oh scene stealing Dina that turnt up party friend who has no filter, no boundaries, is ready to whip out her earrings and fight in a heartbeat and probably the one friend whose intelligence is undermined routinely. 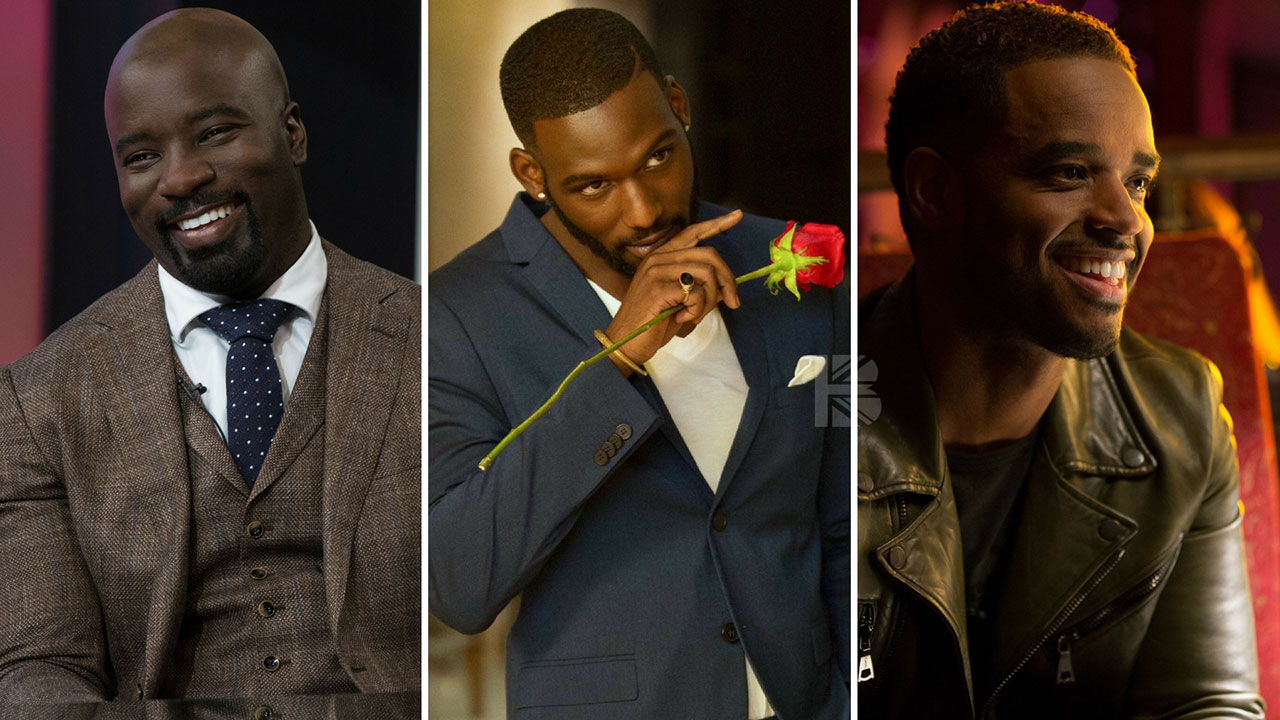 During their journey of reconnection we have the requisite eye candy Larenz Tate (Love Jones, Menace II Society) as Julian, a blast from the girls’ past who still has love for one of the girls (no spoilers). For those of us who grew up with Tate watching his career defining roles during the 90s, you will want to hunt him down to find where he’s hiding his Elixir of Youth, and potentially hug him sexually because dude looks foine!!! Then we are blessed with… the vision of god that is Kofi Siriboe (Queen Sugar) as Malik. Now if you’re a critic going to watch this film, there is no scripting that can really make sense of how Malik enters this film. It’s blatant manipulation of his beauty and us the female audience, but for which I will not complain. The man is carved from a special place. I’m too old to fantasise, but I’m considering setting up a meeting between him and my niece.

Girls Trip is filled with great cameos, shout out UK artist Estelle! The storyline is simple enough. The  jokes are really funny and although the premise is weighted on the films I mentioned above and quite a few others (there’s a dance battle which will make you think of White Chicks) it all doesn’t matter because the overarching wonderfulness is that here we have four black actresses, leading a predominantly black cast; mature black women having fun and not giving a damn about respectability politics, sexism, racism, oppression, poverty, hardship, woe is me, mammy-isms and ghetto tropes… even Dina with her rawness we embrace because she’s a little bit of all of us and very definitely all of one of our best friends.

Before the screening, someone hipped me to Boyce Watkins’ video scare-warning black people not to see Girls Trip. I watched it and was incredulous. I usually respect a lot of what Watkins says, but in this video he’s condescending, overly dramatic and inexplicably tries to link Girls Trip to the HIV epidemic disproportionately affecting African American women. He had some facts but he’s out of order labouring his issues on the back of Girls Trip, alongside the fact he hadn’t even watched it. Yeah I may agree that having Dina’s bootyhole / STD joke taken out of context and used in the promotional trailer and radio adverts is a tad irresponsible. I may even agree that the marketing is cutting straight to the emotions of black women, but that’s marketing. Yes it’s evil but unless Watkins and all the naysayers wage a universal campaign against marketing tactics he needs to not be so hypocritical when it comes to a film for black women.

For any men, black men specifically angry at this film, it’s a resounding no thank you. It’s not for you. No black man should cuss this film, especially black men who have posters of Scarface on their walls and quote New Jack City, Menace II Society, Juice verbatim. Who crewed up to go and see Straight Outta Compton defending Dr Dre’s untold in the film yet real world DV history.  Anyone else criticising Girls Trip, that is white folks, again it’s not for you. Like the women who took to Twitter recently to #AllLivesMatter Diddy after he sent out a social media post celebrating black women. Be quiet. Leave us alone. You’ve literally got all of Hollywood on your side. This film is for us.

I’m going to watch it again tomorrow and put my coins in the pockets of the black creatives behind it, thank you director Malcolm D Lee (director), Tracy Oliver & Kenya Barris (screenplay). Maybe tomorrow I may pick up on the fact that African Americans still have a shadism problem, where yes all the main women are varying in safe brown shades, they still cast the unlikable character Simone as a woman with visibly darker skin than the leads. It’s great that Nigerian-British actress Deborah Ayorinde who got the role gets her chance to shine, but always with the very dark-skinned woman being in a position of dislike and distrust. We literally have to wait till Black Panther lands in 2018 for a bit of respite, oh and shout out Issa Rae’s Insecure! I may also lament on why all four women have men issues. As pointed out in the post screening Q&A it would have been nice to have at least one of them being in a good relationship. But as I say that and look at my group of friends and the ratio of married to singletons… I’ll bow my head and clap loudly, with a tear in my eye when the credits roll.
Go see it.

The New Black Film Collective has a few tickets left for a screening at Stratford Picturehouse tonight, hosted by comedienne Donna Spence find out more here.

If you want to… watch Boyce Watkins video here.

What to Watch w/c 27th December