Since winning 2009’s Britain’s Got Talent, Britain’s foremost dance group Diversity have by no means rested on their laurels; delivering spectacular shows in packed arenas, fronting numerous television shows and entertaining the Royal Family in the Royal Variety Shows, to name a few.

In the run up to their latest dance entertainment project with ITV, Diversity Presents Steal the Show. The 60-minute Special is going to be packed with studio surprises and celebrity collaborations, culminating in a show-stopping finale performance incorporating the most entertaining amateur dancers. Every element of the show will be choreographed by Ashley Banjo and one amateur dancer will Steal The Show and win a fantastic prize.

Ashley Banjo caught up with TBB’s Jennifer Aikins-Appiah to discuss what we should expect from their latest offering,

Ashley, Nice to Tweet You! I thought we’d begin by getting into your head space and finding out what was on your mind when you recently tweeted…

Ha! This was regarding an earlier tweet I’d put out saying “I know this is going to be controversial… but I quite enjoy Honey G” … OMG I got such a massive social media backlash! Being in the industry myself, I understand the position she’s in, she’s not a producer of the show or a judge but has been given an opportunity to do what she likes to do whether we like it or not. If she gets thrown out tomorrow, she’s not going to walk away from the show and abstain. No, I don’t think Honey G is the next Jay-Z, but for the energy she brings, it makes me eager to watch her. However, when I shared that tweet, she had just performed and the judges were on their feet talking about an album! It suddenly dawned on me that I must be one of the few people that doesn’t take her seriously; it felt like they were talking about her as a genuine artist and I literally thought…this is going a bit far now! Would I expect her to win a MOBO and have a no.1 album? Definitely not.

Regarding the issue of race…

I do think it is relevant to talk about her parodying or hijacking a culture that isn’t hers, but associating that with black people however is ridiculous, in my opinion.

On the morning of the US Presidential Results…

Would I be in support of Kanye running for President? Hmm…perhaps in the next four years Kanye might have some incredible policies and genius ways to solve America’s economic problems, who knows? The other day I watched the 2011 Celebrity Roast of Donald Trump and at that time they were mocking him when he suggested running for President – being that he was Donald Trump of The Apprentice, at the time it sounded a lot like Kanye’s recent rants. Think about it, Trump has said some horrific things about women and other ethnicities, the fact that he can become president regardless of that makes me think; if he can do it, I wouldn’t put it past Kanye.

Ha! Very true. Turning to Diversity, what have been your recent achievements? Is it still everyone’s main gig or do people have side-lines?

People are surprised that everyone within Diversity does this full time and we are lucky to be paid to do this as a job. Almost 10 years after winning Britain’s Got Talent, we are still here and we are about to launch our own prime time show and embark on our 7th tour with lots more in the pipeline. Despite these, we are first and foremost friends. We still train in the same way we did 15 years ago when we started out, and we still have the same work ethic. We don’t have side-lines because we get to work with the people we want, doing the thing we love most. I think that’s a blessing. 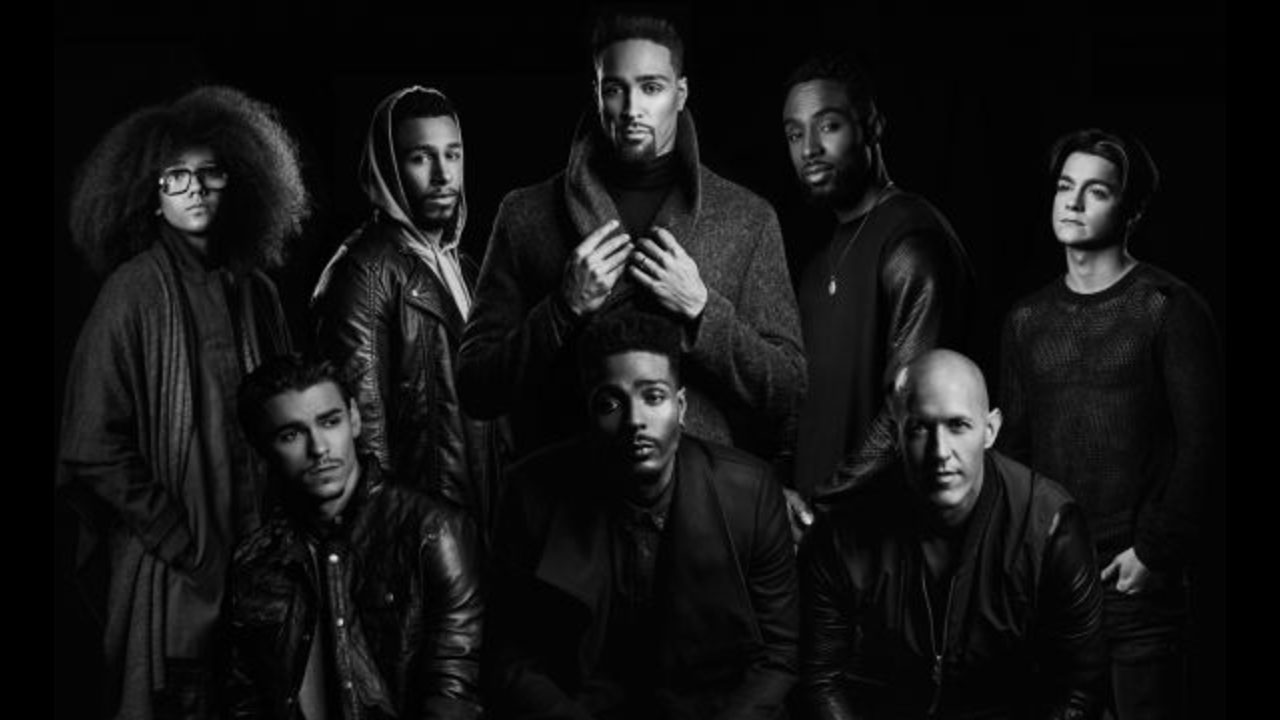 It’s easy to think that there’s this whole team behind Diversity responsible for creating your content, but actually you are responsible for all the choreography and production?

That’s right. It’s interesting that people assume there’s lots of people in the background doing the work for us but we see that as a complement because it means that we’re operating at that level convincingly. But the truth is, when I know a tour is coming up, I’ll ring the same production company I have used the past 10 years, get a pad from WH Smith and draft the concept and story, create the stage design, watch it being built and then go to the stadium and perform. We do it ourselves.

What can we expect from your new project, Diversity Presents Steal The Show, can you reveal any special guests?

Steal will be a 60-minute primetime one-off special. However, it will also serve as a test for us to see how putting together something that might have legs would work, so it’s definitely a concept which could grow in the future – which of course is exciting. In terms of what people can expect from the show; when people think about Diversity, I would hope they think about our performances, so big productions and big spectacles will be at the heart of the show, but at the centre of this will be people.

The format of the show…

Is that we will have three members of the public who are into dance and have been nominated by their friends and family to partner with us, our celebrity artists and special guests (there’s a cast of about 50 people) to put on a show. At the end of the performance, the audience get to vote to have one of these ordinary people ‘steal the show’. I love the idea that Annie from Manchester could come on stage and steal the moment live on telly, whether she is a policeman or baker, and dance her way to victory – the concept is really fun. One of our guest stars is the Vamps, and musically that’s quite exciting as they are quite opposite to our style, so it will be good to do something different. There are quite a few others but we’re keeping them under wraps until the show airs.

Sounds exciting! Turning back to you, Ashley, can you tell us about your background?

I am half Nigerian and half English, and yes I do have a Nigerian name; ‘Modurotolu’ which I believe means “the right hand of God”. I grew up in Leytonstone, east London and have two younger siblings, my brother, Jordan (who Ashley co-founded Diversity with was recently a contestant on I’m a Celebrity Get Me Out of Here!) and sister Talisa. I went to school in Essex which, as the only person of colour was very interesting as I got asked some of the weirdest questions such as if my hair was mine because it stood up.

Being of dual heritage opened my eyes a lot, it definitely made me a more open minded person. Growing up there was sometimes a culture clash, especially when it came to parenting; for instance, there are things that my dad had wanted for us growing up; the nuances of which my mum may not have fully understood. 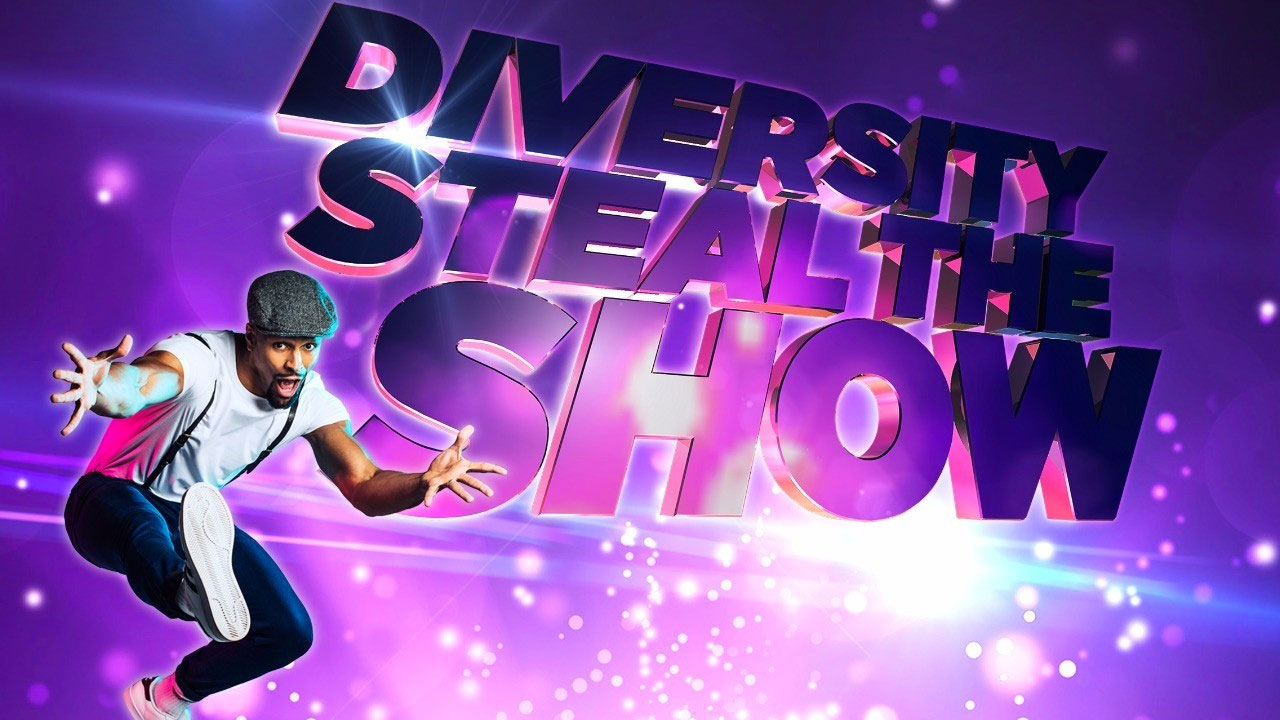 Tell us something people may not know about you…

I can play the saxophone. My dad always wanted me to learn at least one instrument, so I started on the piano and then did a bit of the guitar before I moved onto the sax. I loved it so much I played it for a few years but then Diversity took over. Also, people are always surprised by how tall I am – I am 6 foot 6, almost 2 metres which is basketball height. I used to play a bit but wasn’t very good.

Who are your greatest influencers and have you met any of them?

My single biggest influencer is Michael Jackson. Diversity were asked to support him on his 50-date tour of the UK but unfortunately it wasn’t meant to be – that was one of the first big contracts we signed and we were just overwhelmed. Imagine, this is someone whose tapes I’d sat down and watched repeatedly and of course his style informed a lot of what Diversity did so to be asked to be his opening act was the ultimate honour. Another key influencer for me was my mum – she is the person that taught me, and then the boys how to dance, she was always there pushing us to work harder [Ashley’s mum is Danielle Banjo, a former ballet dancer who trained and performed with the Royal Ballet] so I am very grateful to have had that encouragement.

There were loads of other great dancers and people who influenced me growing up but as I’ve gotten older I’ve been mostly impacted by icons my dad introduced me to, people like Mohammed Ali and Martin Luther King Jr. – my dad would always play his speeches and tell me how he was relevant, it was really inspiring. The first time we were on TV performing on BGT, we started our routine with the MLK quote “I have a dream” and it hasn’t failed us; we had a dream and everyone told us at the time that we couldn’t win and no-one could beat Susan Boyle, but it happened.

During BGT you were studying physics and biology at Queen Mary, did you finish it?

No, I didn’t. Two years into my degree, I asked my professor if I could take a year or two off after which, I would come back and finish. They agreed, but here I am eight years later. I would love to go back and finish it though, after having put so much work into it, I’d be happy to take off a couple of years to do that.

What is next for Diversity and Ashley B?

Aside from Steal, Diversity will also be performing at the next Royal Variety Show which is always exciting and I will be judging, Dance, Dance, Dance which starts in January. I’m so excited about this one because not only do I get to judge celebrities re-enacting some of the most iconic dance routines of all time, it’s all set against a backdrop of state of the art projection mapping and spectacular special effects. We also have a couple of exciting projects including a new UK tour and thereafter, the sky’s the limit! Let’s see where the journey takes us.

Diversity Presents Steal The Show, will air 1st January at 7pm on ITV