Are you currently finding it difficult to get into the film or television industry or maybe you have recently graduated, in another career, or have done loads of unpaid work and you are looking for extra knowledge to help you get your foot in the door and get paid work.

TV Jobs UK are holding an interactive and informative TV & Film employability masterclass combining training and talks and a Q&A with industry professionals, for those determined to make a mark within the industry. We will equip you with the know how of what you need to do find jobs and get paid work.

The masterclass will empower and equip learners with the skills in order to apply effectively to entry level roles within the industry. Subjects covered include:

Training will be delivered by Georgina Bobb BA Hons in Content Creation and Broadcast, a qualified Media Trainer with a Level 3 in Education and Training (PTTLS). She is also a Freelance Television Production Coordinator working on international projects. She has worked for various broadcasters and independent production companies such as the BBC and ITV and on an array of shows such as The X Factor and Britain’s Got Talent (ITV1) and The Undateables (Channel 4). Nominated for a Screen Nation Award under the ‘Rising Talent’ category – She is the Managing Director of TV Jobs UK an employability business providing clients with 1 to 1 career consultations, as well as CV and cover letter writing services.

Sinitta Monero – CV writer and TV Jobs UK’s own employability advisor will also be delivering training. She is also a qualified Media & employability skills Trainer (PTTLS). Sinitta currently works as a Production Manager and freelances as a 1st AD and production coordinator for film and television. She has worked for various production companies including Corbis Entertainment, AVCO and Valance Films on an array of films including Star Wars, Legend and Mr Holmes. Her portfolio of work includes short films, radio production, TV production, live events, music videos, and script writing for shorts, web dramas and adverts.

CJ Henry is a Freelance Senior Television Researcher/Assistant Producer with credits from the UK and Australia broadcast channels such as BBC (Three), Channel 4, ITV(2), Channel 5. With only being in the television industry for four years the television credits have become endless with award winning shows such as Channel 4’s Come Dine With Me, Sun Sex & Suspicious Parents (BBC 3), Britains Got Talent (ITV), Married At First Sight (C4), Coach Trip (C4) and many more. CJ tends to focus his genre of television work around observational documentary and factual entertainment. When CJ is not working in television you often find him with a DSLR as a freelance fiction-based photographer whose work focuses on lifestyle and portraiture. 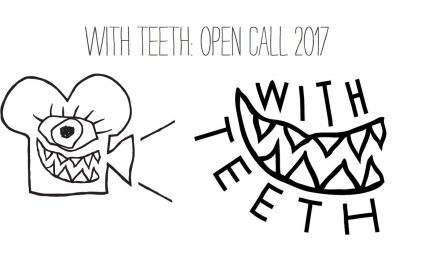