Being able to grab some time between rehearsals with Sophia Mackay the lead in Kirsten Childs’, The Bubbly Black Girl and her Chameleon Skin was an absolute pleasure. Sophia Mackay has a very interesting story of her own, born in the UK, raised in Barbados and of Sierra Leonean heritage there are a number of influences that combine to bring us a woman of rich culture and even richer life experiences.

Ms Mackay is a person who definitely is focused on where she wants to go – actress, singer and founder of her own production company Zaiah, she is working hard on getting there. Her role as Viveca not only is moving her forward in reaching her artistic ambitions but also is a character that she strongly identifies with and feels audiences will all find something that will speak to them in Viveca and her story.

You’ve described yourself as a kaleidoscope of culture did some of that attract you to this role?

Yes definitely. The experience of the character represents something that most people have been through, especially those from other countries, second and third generation. I am really pleased to experience this opportunity.

How was your journey in the world of the arts?

Performing arts wasn’t actually the plan. I come from a business background, I was studying and couldn’t finish my degree so I ended up getting a job in an arts company, started performing and loved it. I moved to UK to join my mum; I was born in the UK and raised in Barbados. Trying to find who you are in a new world can be difficult, UK culture was a shock. It took a mental adjustment to the fast pace of the UK, being open to new things. I had to do a lot of work on me. Performing in the UK was very different from Barbados, I went from Small Island thinking to 1000 seater performances; the UK had larger possibilities.

The Weekend Arts College has brought to the world of film, stage and music some phenomenal artists including Danny Sapani (Les Blancs), Ms Dynamite and yourself, how important are organisations like this?

Organisations like WAC are so important and we need more of them. Their diversity is their strength, there you don’t have to follow the box of dance schools or arts colleges. At WAC I was doing songwriting workshops where real artists would come in to speak to you, you were in classes with different people singers, dancers, not just those from theatre and so we were able to learn different things.

What has surprised you or what were you not expecting since being part of the production, an experience or something you’ve learnt?

Not really surprised; this is my first theatre lead and I came prepared to work. I knew I had to step up to the role and I have done my research and made sure I was ready. I get up four hours before I need to head out and get mentally ready with yoga, meditation and affirmations. I had been working towards an opportunity like this so I was mentally ready. 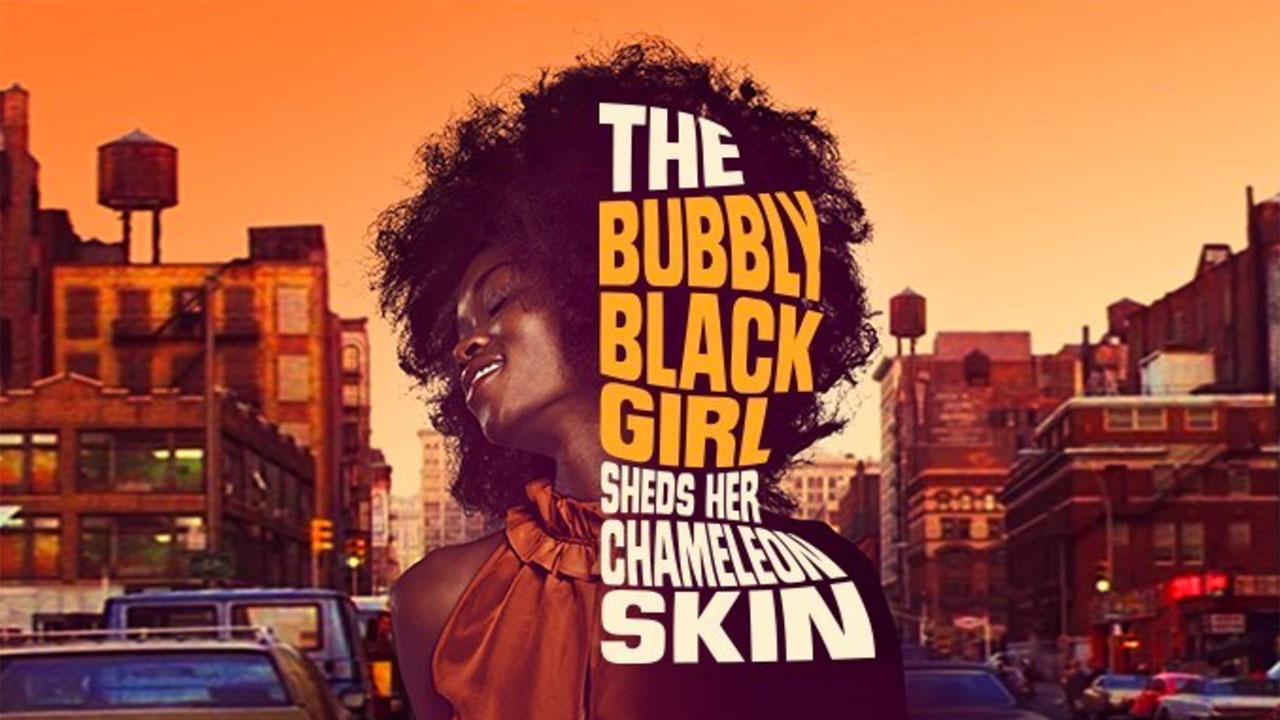 What message do you think this production has for the audience as a whole and black women particularly?

With the fantastic response to productions like The Colour Purple and Hamilton do you think wider audiences in the UK are ready for alternative stories like the Bubbly Black Girl and her Chameleon Skin?

Yes and no. Not sure actually, when I went to see the Scotsboro Boys people walked out. The people I knew in the production said everyday people walked out. I thought it was fantastically done but very in your face. The usual theatre goer is middle/ upper class, retired and I’m not sure they are ready to sip that tea. The younger generation may be more open.

What does the current diverse number of actors and actresses in the Oscars mean to the world of theatre and screen in your opinion?

It is a breath of fresh air, finally we can exhale, finally we are being seen. It is a glisten of hope it inspires me and will inspire others. There is still a lot of work to do, but this shows us that we have to create our own work, don’t wait to be seen make space to be seen.

What motivated you to start your own production company Zaiah?

I was tired of the roles being given to me and very happy to have something I’ve created.

What do you make of actors being out spoken politically?

Actors are humans like everybody else. If they see something they are not happy about they should speak out. Actors have broad experience as they observe and then have to enact what they have seen. So actors have an interesting stand point to share.

Whether those in the arts use their position to speak out directly or, like Kirsten Childs production, addresses key societal issues and personal difficulties via the stage or through song we, the audience, are glad that they do. The Bubbly Black Girl and her Chameleon Skin is currently showing at Stratford East theatre and with messages, songs and performances set to entertain and enlighten you I think this is a production not to miss and Sophia Mackay is definitely one to watch!