Having had a national tour and appearing on Live at the Apollo the former stand-up comedian has broken many boundaries including being the first British Black act to be nominated for ‘Best Newcomer’ at 2014’s Foster’s Edinburgh Comedy Awards after appearing at the Edinburgh Festival Fringe in Scotland. The Sunny D pilot aired on series 4 of BBC Comedy Feeds at the end of last year.

We caught up with Baptiste to find out more about the show, his future plans and how important it is for Black British programmes to have a platform.

Hello Dane and welcome to The British Blacklist. First of all, I wanted to say congratulations on the new series.

Thank you, that’s an easy question… I hope they’re all like this.

It must be so exciting having the series premiere this November, were you expecting Sunny D to get picked up for a series after the pilot aired?

I didn’t really think about the possibility of the pilot being commissioned or not. Like with most projects I just wanted to make something unique and funny that people enjoyed. So it’s been a pleasant surprise.

You are both the creator and star of Sunny D was it hard to fulfil both roles or did it come as second nature as the show is loosely based on your personal experiences?

Getting the story right was easier to write because of my life experiences; the challenge was really making the additional characters take on lives of their own as opposed to just seeing life from my own perspective. But having such an excellent cast made it a lot easier.

Just for those who did not see the pilot can you give us a summary of Sunny D?

Sunny D is a story about the quarter-life crisis – something which a number of Millennials/Generation Rent know well – and realising that achieving dreams requires you not to sleepwalk through life. But it’s really funny.

Your co-stars include Don Warrington MBE who plays your dad, Katherine Ryan and Gbemi Ikumelo, did you have a hand in choosing your co-stars and were their parts written with them in mind?

Yes, definitely, it’s something that is incredibly important to me. Right from the start of the writing process I knew that I wanted to include not only A-list talent like Don and Katherine but also icons from the circuit such as Slim, Rudi Lickwood and Angie Le Mar – alongside exceptional theatrical talent like Gbemi and David Ajao, who perhaps weren’t as well known to TV audiences. The unique combination of disciplines has been phenomenal. 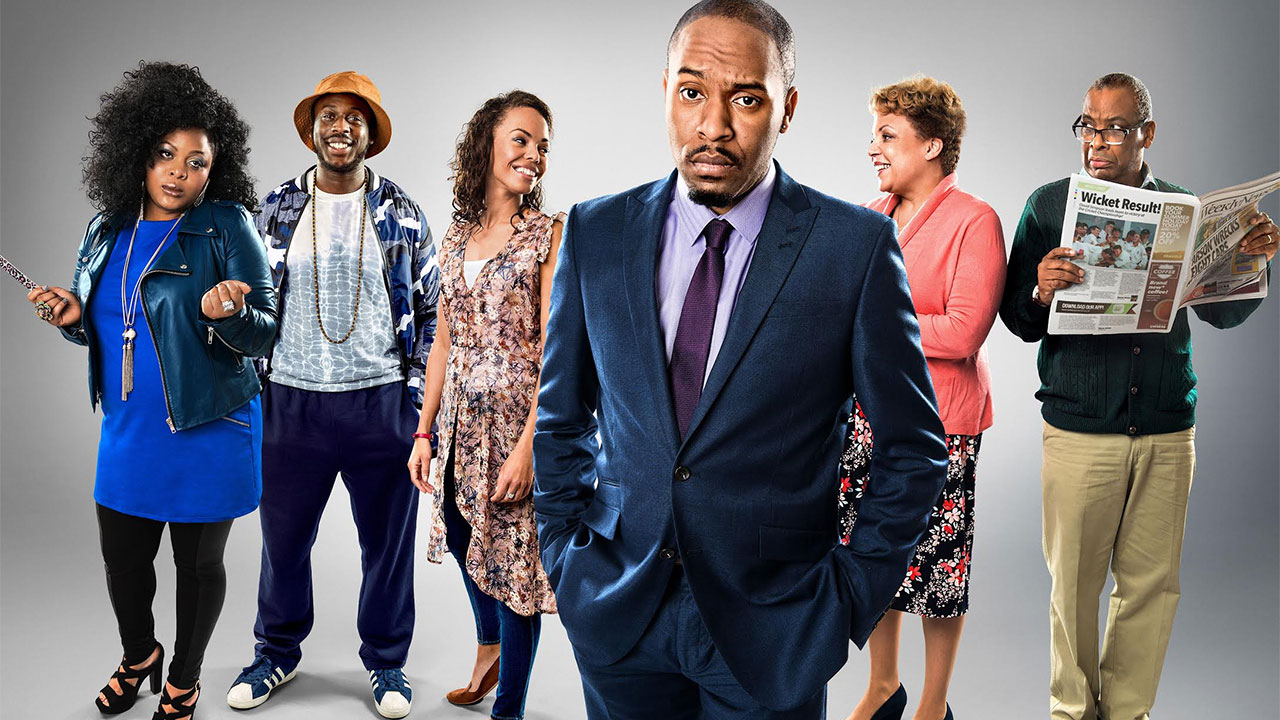 You are an award-winning stand-up comic citing Dave Chappelle and Chris Rock as your inspirations does this mean you have Hollywood in your sights or are you sticking with the UK?

I think that in order for you to reach a certain level, you have to be prepared to travel the world. But that doesn’t mean I’ll turn my back on the ends. I’m acting locally, but thinking globally.

You have openly spoken about race and being a comedian stating in the Guardian that “If we lived in an egalitarian society and people weren’t polarised by race or gender, and if there was no glass ceiling for me, politically, socially or economically, I wouldn’t need to do comedy for a living”. Do you still stand by this sentiment?

I think comedy worked for me because I love the idea of being able to express myself honestly and artistically without being gagged or censored by authority. I say I wouldn’t need to do comedy for a living because if it didn’t pay, I’d still love to make people laugh at it’s my go-to method of dealing with most social situations in life. Fate made it so that I had to become professional because no employer I ever had wanted me to progress.

How important was it for your series to be a part of the BBC’S Black and British season?

It was important because it allowed me to be showcased alongside pre-existing and emerging black British talent; but at the same time I am confident that the series has an appeal that will continue after black history month ends (which technically speaking it never does in my opinion, long as you strive to make it)

Do you think having a Black and British season can be seen as counter-productive limiting the programmes involved to just being the BBC’s way of showing ‘inclusion’ and meeting quotas?

I think that danger exists when being confined to a reservation, but as long as the season isn’t considered the entirety of what Black British creativity has to offer, it’s a fantastic start.

Will you be going on tour again anytime soon or has stand-up taken a back seat in your career?

I’m touring now.  The hustle doesn’t stop, and I’m somebody who gets itchy feet if I’m off the road for too long. I love working and comedy can be hard but doesn’t feel like a job, so my vitality stays up. I hope that TV work will, in fact, drive people to see me perform live for a real ‘Dane Experience’ (I’m sorry for that phrase).

With the likes of Richard Blackwood (who went on to do music and television) and other stand-ups such as Kojo (who wrote a novel and directed his first movie last year), there are no limits to what you can do. Is global domination next for Dane Baptiste?

Yes, yes, it is. But it’s too early for me to discuss my plans in public…

Thank you so much for speaking to The British Blacklist we are looking forward, tell us what’s next for you…

Thank you, next for me is to keep gigging; stay grinding, cut down on salty food and sugar and stay hydrated. They’re the silent killers in our community.

Sunny D is available on now on BBC Three.
For Dane Baptiste’s tour dates go to his website