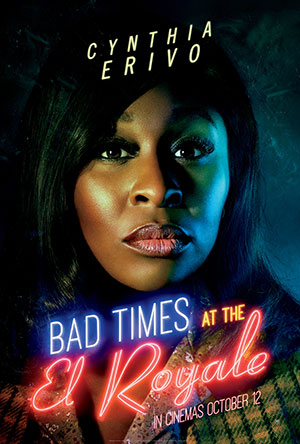 Written and directed by Drew Goddard (The Cabin in the Woods, World War Z, The Martian) Bad Times at the El Royale, is about seven strangers, each with a secret to bury, who meet at Lake Tahoe’s El Royale, a rundown hotel with a dark past. Over the course of one fateful night, everyone will have a last shot at redemption… before everything goes to hell.

This is Erivo’s first major film role since her ending her run with the award-winning Broadway production of The Color Purple, in which she played the infamous character, Celie. For which she won ‘Best Actress’ at the 2016 Tony Awards, making her the first British Black woman to do so.