“…Even when individuals are successful they collaborate. In the UK we need to do this, this is what’s missing in the UK…”

Ethosheia Hylton is adamant that collaborative endeavours are the way forward for independent filmmakers in the UK. Director of short films including Lia 2014 and Brixton Rock Short Film 2017, Hylton joins the growing numbers of women who’re making films independently. Commenting on her joining another production as Third Assistant Director on the Absent: The Cycle Of A Broken Home film production we interviewed her briefly in between her work on set… 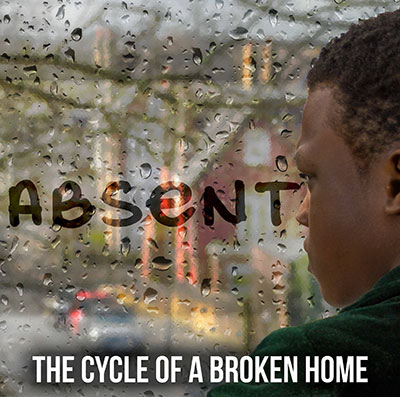 So, how did Ethosheia become aware of Absent?

“I met Aysha [Scott] at the Women of the Lens Film Digital Broadcast Festival (Nov 2017). We spoke and I loved the sound of Absent and wanted to get involved.”

“No, it’s not a step backward. I’m happy to support up-and-coming filmmakers, especially people of colour. It’s hard to break through in this industry and to support Aysha in her first role as director was something I wanted to do.

Absent: The Cycle Of A Broken Home, is the directorial debut of Aysha Scott. Scott is a writer/producer and has applied her skill to productions such as It Still Hurts 2016, and Residential 2016, which she co-wrote and produced with Kenneth Pascall.

Based on real-life events, Absent unravels the story of ‘Angel’ who, after overcoming the trauma of finding herself a single mother, strives to rise above hardship, heartache, and stigma. The film attempts to investigate how families are impacted by absent fathers. The production also has a social backdrop where Aysha has started a Change.Org petition, which works towards the change of UK family law, to make absent fathers more accountable for their actions.

We asked Ethosheia what was different in Absent’s script, was there anything about the story of absent fathers that we’ve not seen before?

“That it’s told from a Black British female’s perspective; that it’s current and also explores many other themes in the black family rarely seen in British films.

“Looking at a black family told from a female director’s point of view hasn’t been done before in the UK. I believe that art should teach and please; it should be a reflection and also an education to inspire others.”

Women of colour in the UK have a difficult time making feature films. How do you think the Absent production will overcome these challenges?

“I think it’s the simple fact that everyone is aware of these challenges, yet are determined to overcome them. It’s like we know it’s gonna be hard, but we are going to make it happen anyways. It’s also a great collaboration of women filmmakers that are using all their skills and passion and putting them into Absent.”

Absent: The Cycle Of A Broken Home has started a Change.Org campaign to support the change of family law; to prosecute absent fathers for child abandonment.

The production has also started an important Indiegogo funding campaign to assist the budgeting for the completion of the production in June 2018.