JB Gill came to fame as a member of Pop/R&B group JLS who in 2008 were runners-up of the fifth series of ITV’s X Factor. The group had great success in the years following selling more than 10 million records worldwide before they split in 2013.

With his former group members pursuing careers solely in the entertainment industry JB took a less conventional route and became a farmer.  In between however, he still takes the time out to grace our screens on favourite TV shows like Strictly Come Dancing and Celebrity MasterChef.

More recently JB has signed up to take part in ITV’s new talent show, Dance Dance Dance. Hosted by Alesha Dixon and Will Best each week sees celebrity contestants recreate iconic routines from movies, music videos and West End shows.  TBB’s Tammy V caught up with him to discuss Dance Dance Dance and what else we can expect from him in the future…

JB, thank you for taking the time out to speak to TBB… You’re currently a contestant on ITV’s Dance Dance Dance I absolutely love the concept of the show. How did you get involved?

It was my wife Chloe who first heard about the show. She also loved the concept and wanted to be involved in some way as she is an ex-professional dancer. She suggested pairing up with a mutual friend or two but the talent executives were interested in us doing the show as a couple. We ended up being the only husband and wife combo and it’s been great for me supporting Chloe on her return to the stage and the world of dance.

Everyone has an iconic song or music video which brings on a touch of nostalgia, it must have been amazing for you to not only are you performing the song but  with the set replicating the actual video and era of the music…

Absolutely! When I found out that I was going to be performing Will Smith’s, Men in Black I was literally like “that is going to be epic”. I grew up with that song, Will Smith played a huge part of my childhood entertainment and of course everyone has imitated his goofiness or dance moves at some point so it was great to learn the full choreography to such an iconic song and basically pretend I was on the set of the film!

Apart from Men in Black, what would you say is your ultimate all-time favourite music video or song, the one that you can say ‘yes! That song shaped my career, childhood or teenage years’?

My all-time favourite song probably has to be Usher’s, U Got It Bad. For whatever reason, probably because music is so powerfully emotive, almost every person can remember a song which reminds them of love, good or bad. That song was it for me. I must have been 13 or 14 and discovering relationships for the first time and I can remember listening to that song repeatedly. It will never get old.

You started out on The X Factor with JLS, how does it feel to be going back to being judged by a panel? 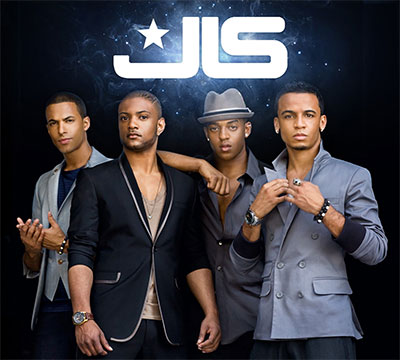 It hasn’t been too bad this time. Apart from the fact that my life doesn’t literally depend on each and every performance. One of the judges, Ashley (Banjo), is a good friend who I’ve worked with professionally before so it’s like dancing in front of people who appreciate the time and effort that went in to the performance. If anything, their role was to encourage and enhance rather than to pick apart.

They are definitely a tough crowd. But I don’t get intimidated very easily. In the back of my mind I say to myself, ‘Timor, Ashley, Tina, just you wait until you’re on my farm TV Show being judged’!

Has being a part of Dance Dance Dance given you that itch to get back into music, will we be seeing a solo album anytime soon?

Everybody knows music will always be a part of what I do but my focus right now is wholly on my farm and my family. This show was definitely a tick on the family bucket list. But my aim is to incorporate music into all aspects of my lifestyle, and that is why I co-wrote the theme song to my kid’s TV show, Down on the Farm and you’ll see my music featured on other TV shows I’m developing and business concepts in the pipeline for the future. No solo records planned I’m afraid.

Speaking of JLS you had an amazing career with the group it was a shock when you guys decided to split, had you just had enough of the industry since you did a full 360 going into farming?

I loved the industry and still do, I just felt that unless I was going to supersede the incredible achievements the boys and I accomplished, it would be very difficult indeed. Difficulty isn’t something I’m afraid of, but I felt that it was an opportunity for me to do something I was passionate about and help me to incorporate other talents and aspirations I have in life, like running my own business and being much more creative from an ownership perspective. Plus, I now have a young family and family comes first, at least for the foreseeable future, so the idea of being on the road for 3 months at a time to promote or tour a record just had zero appeal.

In 2015 you became one of the main presenters on CBeebies, Down on the Farm which explores farming and the countryside. My 5-year-old daughter really enjoyed watching it, especially the Christmas special this past holiday. Will you be doing anymore presenting work?

Yes, for sure! Down on the Farm has just been recommissioned for another 20 episodes, which I am proud to be a part of. I’m also developing some TV shows, some of which will have a presenting/hosting element to them. I’m always looking for ways to hone my craft and develop my talents. I have contributed to Saturday Kitchen, Sunday Brunch or even the One Show and Countryfile shows over the years and it would be good to do something more concrete with them, if the opportunity arose.

What’s next for JB?

My answer to that is always, the sky is the limit. I’m in the process of establishing my farm business, I currently sell rare breed pork and free range KellyBronze turkeys and I’m looking to expand and establish a deer farm to sell venison products nationwide. I am also in the process of getting the relevant licenses to open my farm up to the public as I believe the farm is an incredible medium through which children in particular, can learn about their food and how it is produced. Finally, I’m working on a children’s book series for early readers aged 3-5, based on the farm which is completed and almost illustrated, so I hope to have it available and published for the summer of 2017. It’s going to be a busy year!