In 2010 Debra Odutuyo sold her car and moved back in with her parents and Andrew Osayemi left his Investment Banking career to embark on their entrepreneurial dream.

They joined forces to launch an independent TV production company called MTA Productions to produce a comedy TV show, Meet The Adebanjos about African parents trying to raise their British kids in London.  Eager to achieve a major TV deal, they pitched the show to mainstream media outlets but to no avail.

“After months of feeling sorry for myself, a successful business friend pulled me aside and asked: “Why do you actually want to get a deal with a mainstream UK broadcaster?” “Because I want to prove it’s possible to get a black show on TV” I confidently stated. He replied “It’s your ego talking. You’re too focused on the bright lights, the glitz, glamour and adoration from your friends. You should find a market who want to buy your content”… he was absolutely right.” – Andrew Osayemi

Andrew and Debra took that advice and within 7 years of launching their production company they have been able to find a way to sell their TV show all over the world generating enough revenue to make 3 seasons and 50 episodes without a major mainstream broadcaster.

To celebrate reaching 50 episodes Debra and Andrew have devised a 5 step plan on how to succeed in the creative industry without mainstream support for creatives who have been struggling to achieve results in the industry.  They believe that all creatives can and should follow their dreams and make a success of their work without traditional mainstream validation.

Here are their 5 steps to success in the TV business without mainstream support:

1# Understand your audience: Make very good niche content where you can easily find a community online to help you promote it: We made our show ‘Meet the Adebanjos’ about Africans living aboard because we knew there was as large audience of people living in the diaspora who could connect. You could do the same by doing a show for gamers, single dads, women trying to lose weight etc.

2# Find funding: Beg, borrow (but don’t steal!) money from friends and family to raise cash to make a pilot episode/pilot season. Undertake a crowdfunding campaign to source funds. Take your time developing the show concept so that the script is amazing and then make the show for as cheap as possible without compromising on quality. Debra sold her car and moved back with her parents in order to make the 1st pilot of ‘Meet the Adebanjos’. Andrew quit his city trading job and convinced many of his friends to invest in the 1st season so they could make it independently. They worked with script editors and writers who had worked on the popular British sitcom ‘Desmond’s’ to help get the scripts right before producing them. 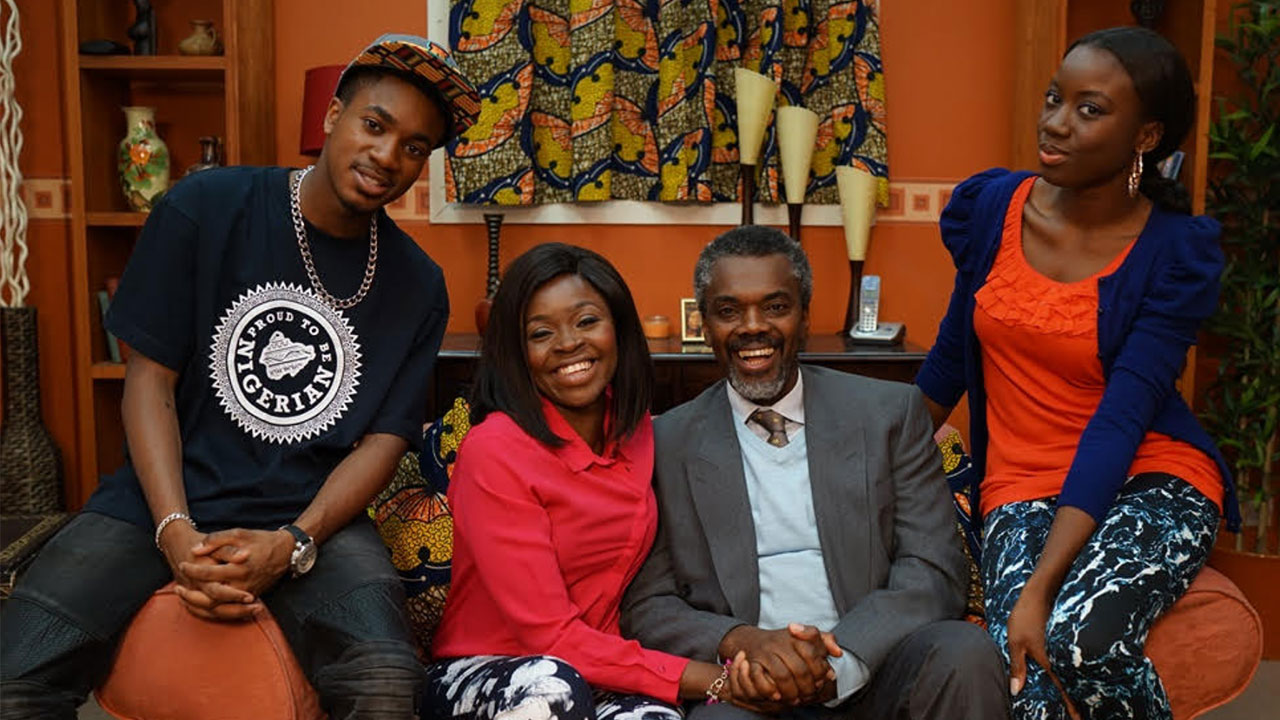 3# Invest in marketing: Focus on promoting and marketing the 1st episode/season rather than making money from it. You want as many people to see it as possible. Have a budget for marketing and promoting.  Andrew took the gamble of not focusing on generating revenue straight away but instead wanted the 1st season to be watched by as many people as possible. Andrew and Debra printed posters all over the UK telling people to watch the 1st episodes online, they did deals with African TV stations to air the 1st season for free and emailed every journalist they knew to cover the story.

4# Get selling: Work on your sells pitch. You can fund your future seasons by preselling your future shows to broadcasters/publications/advertisers focused on your niche audience. Andrew says once your show has been able to generate a lot of buzz you will start getting a lot of interested from niche broadcasters, online platforms, media platforms, advertisers who think their audience will love your content. This is where you need to be on top of your game selling your concepts for future seasons. Andrew did presell deals with multiple TV stations in Africa and UK which provided the funds to completely fund all future seasons since.

5# Learn from failure: Even if all fails and you do not get a TV deal you will have generated so much buzz about your work and what you do that many opportunities will come your way so it will still be a win. You can’t lose. From the back of launching ‘Meet the Adebanjos’ Andrew and Debra have had opportunities beyond their wildest dreams. From consultancy all over the world to being invited to speak at the UN their message is simple. If you do great work and it makes a big buzz it will lead to things bigger and better than you think is possible even if your initial goal is not achieved.

Meet the Adebanjos is the UK’s Number 1 UK-African Sitcom centred around a modern British-African family living in London. It follows a larger than life Dad struggling to instil his old-fashioned African values in his reluctant new school British household. The comedy features the typical family ups and downs fuelled by the regular comedic mishaps of Dad (Bayo) and from the eccentric lodger (Aunty Funke).

The series currently spans 3 seasons containing 50 episodes that can be enjoyed by the whole family from young children to grandparents and will be launched as a digital box set from November 2017.

Meet the Adebanjos has become a global success with loyal TV viewers in South Africa, Nigeria, Ghana, Uganda and the UK and will continue to thrive with or without mainstream backing.

The full digital boxset is available for £9.99 from here.