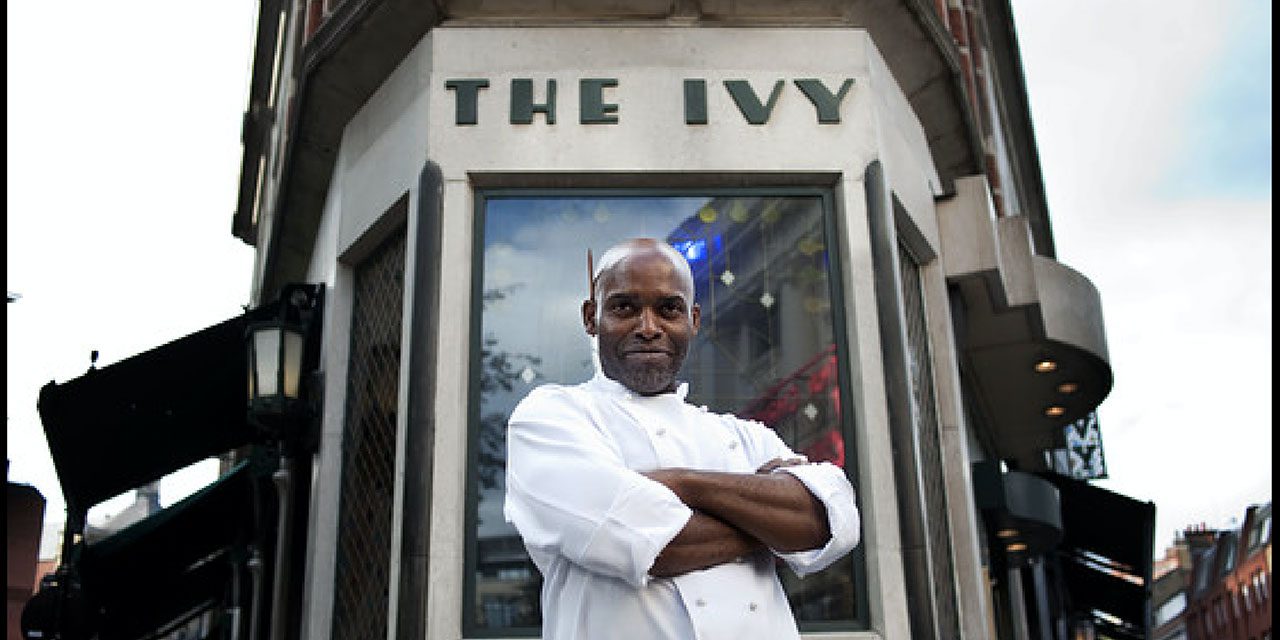 Gary Lee is the executive chef at one of London’s most iconic and sought-after restaurants – The Ivy, on the Covent Garden/Cambridge Circus border. The Chingford native was busy being mediocre in art at school, when some friends suggested he join them in home economics. He finished top of the class and never looked back.

His first step into the industry was at 18, working at a carvery in Kingsford. Doing 12-14 different salads for customers’ self-service gave him a good sense of organisation and an understanding of people’s needs. He managed a stint of work experience at The Dorchester – 2 weeks in the Terrace Restaurant, allowed only to ‘wipe and watch,’ which he did, and learned heaps. Then, he got a job at Lola’s Restaurant, Upper Street. He joined the Caprice Group as Junior Sous Chef at Le Caprice and rose to Sous Chef in just under a year. He ran South-East Asian restaurant Bamboo for the Group for five years, gaining ideas from Nobu, Nahm with David Thompson, then moved to The Ivy as Sous Chef. He was promoted to Head Chef in 2007, and was then promoted to Executive Chef in 2011. Now, he oversees the hunger management of 700 customers a day in the main restaurant, the private-hire dining room and The Club at The Ivy for private members on the floors above.

Thursday, August 24th at 11pm, ITV3’s The Ivy featured Lee, along with director Fernando Peire, in the 2015 film narrated by regular patron and actor Rupert Everett. It was shot around the time the doors closed for 5 months for the restaurant’s first major refurbishment in 25 years, just in time to be firmly back up to speed for 2017, its centenary year!

This observational documentary, directed by Adrian Sibley, gave us the rare chance to peek inside during the redesign and re-launch (May 2015), to act as a “living document of a much-loved institution.” Celebrities such as Joan Collins, Calvin Klein and Stephen Fry talk about what the restaurant means and has meant to them over the years.

First opened in 1917 by Abel Giandellini, it started life as an unlicensed Italian cafe in a building on the same site. By 1929, it had expanded into the current premises and entered its first heyday as a famous theatrical celebrity haunt over the next 2 decades.  In 1950, Giandellini sold the restaurant to Bernard Walsh and it became part of his Wheeler’s Group of fish restaurants. Subsequent owners were Lady Grade and the Forte Foundation, until it closed in 1989. Jeremy King and Chris Corbin, who owned Le Caprice, then bought it, and renovated it to a design by American architect M.J. Long, incorporating specially-commissioned artworks. Fernando Peire was appointed Senior Maître d’ and The Ivy re-opened in June 1990. It became a media and celebrity sensation again, seating 100 guests with an additional private dining room on the first floor. In September 1998, the restaurant was sold to Belgo PLC as part of Caprice Holdings Ltd. In 2000, the restaurant was awarded the Moët & Chandon London Restaurant Award for excellence. Since 2005, The Ivy has been part of the Caprice Holdings portfolio, which includes Le Caprice, J. Sheekey, Scotts and 34, directed by entrepreneur Richard Caring. In September 2008, The Club at The Ivy, opened on the three floors above the restaurant – a private members club with membership drawn mainly from the creative industries and the arts. The entrance is hidden, via an adjacent flower-shop!

The 2015 renovation renewed the restaurant’s artwork, cutlery, glassware and linen, with older features sold, and a new interior designed by the Martin Brudnizki Design Studio. The famous front doors, plus the old interior (including the sign for the Ladies), artwork, cutlery, cocktail shakers, linen and the top table (complete with linen and table service to re-create in a setting of your choosing) were entered into the Made in Britain auction at Sotheby’s in March 2015. The art work alone showcased the breadth and diversity of British art over the past century – works from the Grosvenor School, as well as a Peter Blake painting of Marilyn Monroe, prints by Richard Hamilton and sculpture by Antony Gormley. Sales achieved an outstanding total of £3,377,068 and set several auction records, attracting more than 850 bidders from 34 countries. The proceeds went to the charity Child Bereavement UK.

The re-opening was, of course, an unmitigated success. 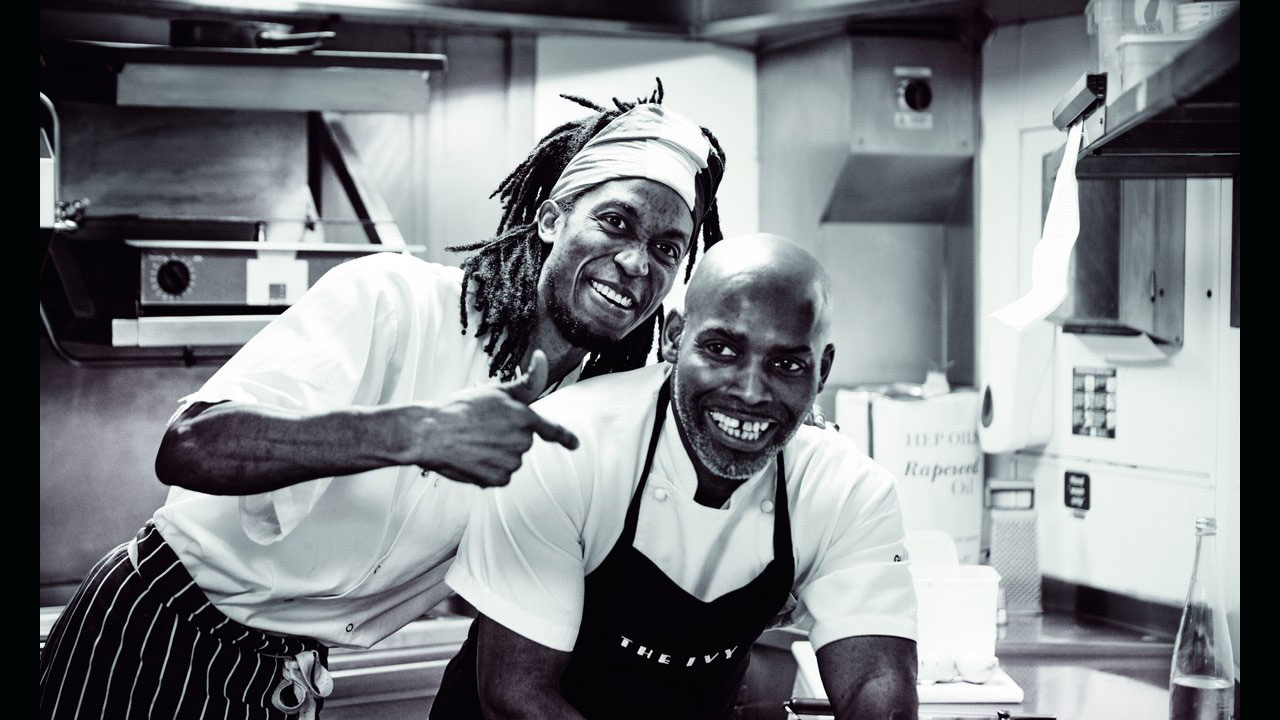 Gary Lee and his sous chef

Executive chef Lee remains at the helm, and, for the 2015 re-opening, created a new menu that comprised recognisable Ivy staples alongside modern dishes with international influences, and a particular nod to Southern Europe and Asia.

Lee’s different cooking experiences have taught him a bold, natural approach to food, knowledge of ingredients and seasonality, efficiency and attention to detail. He credits his time under Le Caprice’s Mark Hix and ex-Chef Director at The Ivy Tim Hughes, as his heaviest influences. He has maintained his number one commitment to bringing on young chefs and apprentices, helping them succeed and move to the next level as he has. One of his life philosophies “there is no substitute for knowledge,” has driven him into the culinary education of school children and young college graduates. He regularly takes on interns in support of the national curriculum’s directive. In the documentary, we see him giving his “us not me” speech to a multi-cultural intake, and we also briefly meet the young Jamaican dreadlocked sous chef. Lee is never happier than seeing his protégés and colleagues succeed and move to the next level. During his tenure, he has witnessed other changes in the way things are done behind the iconic, and retained, stained glass windows:

“We are thinking about the customer a lot more, it’s not a male dominated menu as it seemed to be for a long time so meat, meat and more meat. We’ve moved it to a more modern day approach and giving people a more varied option. The food is lighter, there is a lot more flavour to the food – I think we are just more in line with what a modern day customer or foodie would want… We still kept true to our identity, but the menu is very diverse so there is something there for everyone which is the most important thing. It was what I wanted and it was a fight to get it but we’ve had positive feedback. On the menu now all the classics are right down the middle of the page, I don’t want to lose the core of our regulars who have been coming for twenty, thirty years – it’s still their restaurant. But equally there is a younger crowd coming here now and they eat healthier, they don’t want fishcakes or shepherd’s pie, they want raw, they want shaved vegetables, they want pulses.”

As a true foodie, as well as top Chef, Lee has his own personal favourite restaurants and fellow chefs: “There are some great places outside of the West End; places like Hackney, Portobello, you’d be surprised. I really like Lee Westcott at Typing Room, I love the Clove Club, I’ve got a real soft spot for Brett Graham… One of my other favourites is Jason Atherton… I love dining in restaurants that really know what they’re doing… ones that follow the seasons, that are simple, honest and unpretentious.  My strongest memories are, Jordi Cruz’s Michelin starred restaurant, ABaC, in Barcelona (I ate a milk fed rabbit with varied sauces – pistachio and truffle served with micro vegetables). One of the Alain Ducasse establishments in Paris (I had a wonderful charcuterie platter; I also love the ingenious idea of the salt that they use on the tables).  Ducasse’s attention to detail is phenomenal.”

He has to stay in shape, like most in his profession, and has boxed all his life. From the streets of North London, to the gym, to the ring, he has sparred with national champions. He takes his training seriously. “Boxing is like nothing else… It’s very hard, needs self-discipline and, above all, determination.” Check out his fitness regimen with MrPorter.com. We warmed to Lee, his work ethic and his championing of trainees. This is another example of the power of TV in highlighting careers not usually considered by the average kid. Remember Gareth Blackstock (Lenny Henry) from BBC1’s almost stereotype-busting comedy Chef! (1993-96, 20 eps, 3 series)? He insulted his way through his struggles with his 2-Michelin-starred gourmet restaurant in rural England alongside his long-suffering wife Janice (Caroline Lee-Johnson) and ever-suffering Sous Chef Everton (Roger Griffiths), way before Gordon Ramsay became the dominant TV chef that he is now.

The documentary doesn’t appear to be available on demand in the ITV hub, The Ivy is now available to book via reservations websites, including opentable.com, requiring that you do so in advance, and of course, you have the referenced £££.

We might even be able to manage a centenary review for you in the Autumn! Shhhh…. 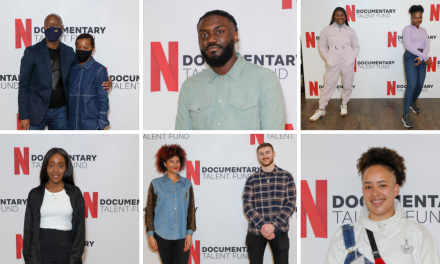 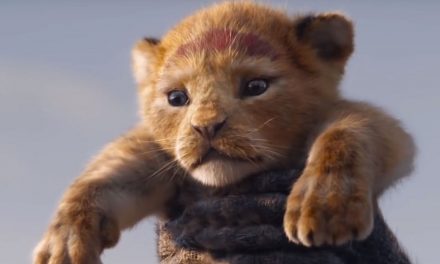 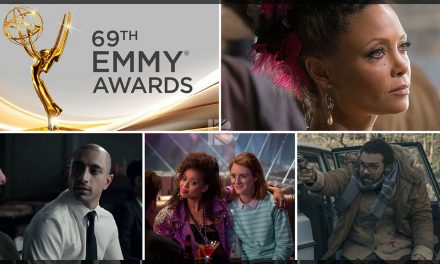