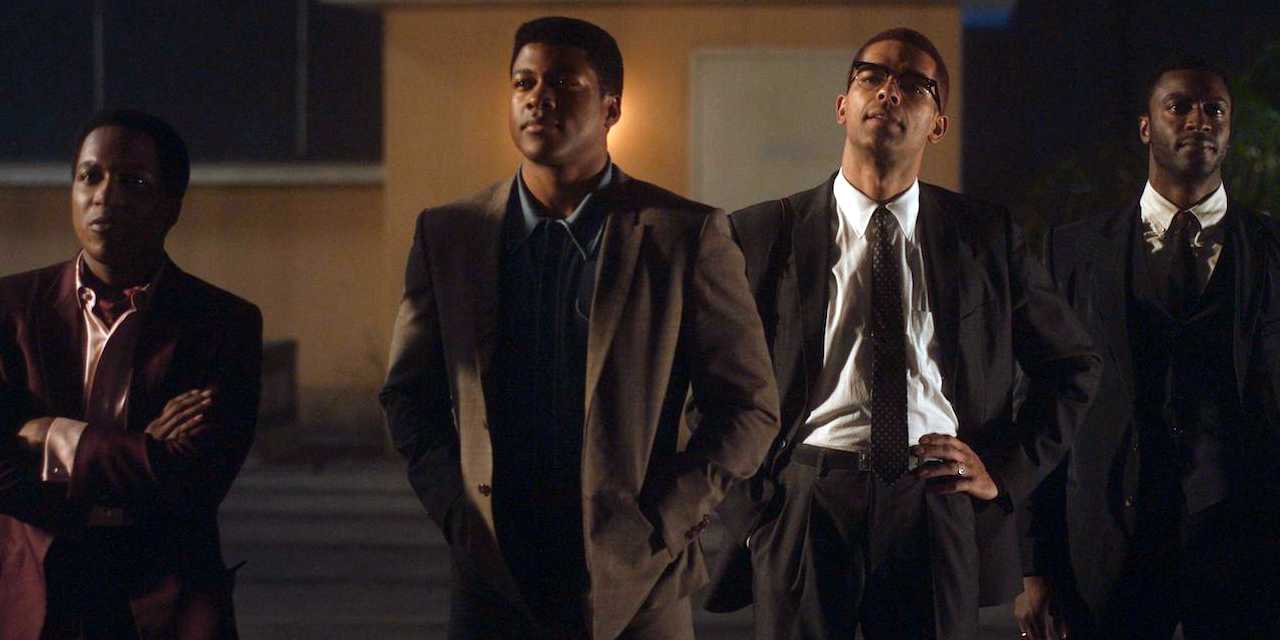 Rather than a raucous night out, One Night in Miami is a studied contemplation on the weight of celebrity.

Picture it, Miami, 1964. The then 22-year-old Cassius Clay defeats Sony Liston for the Heavy Weight Champion of the World title. One of boxing’s most controversial fights provides the inciting event for the feature directorial debut of actress and producer Regina King.

Sam and Jim expecting a night of wine, women, and songs are instead offered vanilla ice-cream by the Muslim activist. Malcolm reproaches Cooke’s moaning with a “Last time I checked vanilla was your flavour of choice.”, setting the tone for the rest of the evening. Malcolm has gathered them not to celebrate but to reflect on how they use their platform of fame to advance the black struggle. This on the eve before Ali will announce to the world that he has joined the Nation of Islam. When asked if he would follow suit, Jim Brown (Aldis Hodge – The Invisible Man 2020) quips, “Shit, have you tasted my grandmother’s pork chops? And I like white women too. Fuck that.”

With Malcolm at one end and Cooke at the other, the men can almost be measured on a spectrum of consciousness. But the night leaves an imagined and indelible mark on each of the guests, none more so than Cooke. After Malcolm challenges him to question the music he is making, using Bob Dylan’s ‘Blowin’ in the Wind‘ as an example of the power he has to make a difference, you know ‘A Change is Gonna Come‘ will be featured somewhere before the end credits.

One Night’s setting is largely kept to the claustrophobic confines of Malcolm’s hotel room, retaining the feel of its stage play origin, and except for a few minor walk-on parts, it’s an even four-hander. Goree as Clay and British actor, Ben-Adir as Malcolm have the universally known characteristics of their historic counterparts on which to hang their performances. Goree perfectly captures Clay’s preening, in your face stance but also imbues his portrayal with a child-like playfulness while Ben-Adir’s Malcolm is filled with heavy portent. Hamilton alumni Odom Jr. as the prickly ambitious Cooke and Hodge as the self-possessed Brown, expertly add a fully-rounded dimension to their lesser-known counterpoint roles.

Director, Regina King (The Watchmen, If Beale Street Could Talk) and cinematographer Tami Reiker (The Old Guard) bring a cinematic scope to Kemp Powers’ (Soul) theatrical source material. The story is introduced under the blaze of boxing ring spotlights, the wide-open roads of the South, and Floridian sun-lit swimming pools. All in sharp contrast to the amber-toned intimacy of the hotel interior.

Although set against a bygone backdrop of the civil rights era, King’s debut offering feels right on time. Long may her reign continue.

One Night in Miami premiered at London Film Festival, October 11. General cinema and Amazon Prime release details to be announced.

Summary Rather than a raucous night out, One Night in Miami is a studied contemplation on the weight of celebrity. 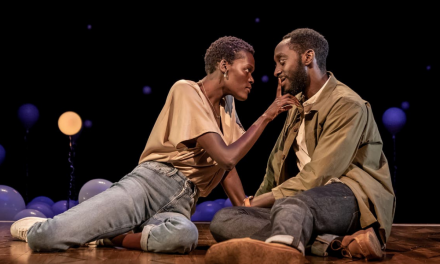 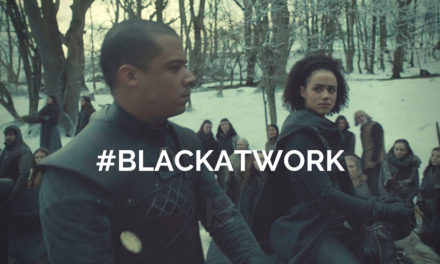 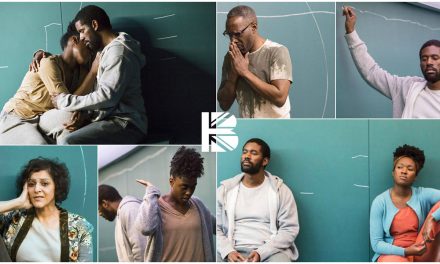 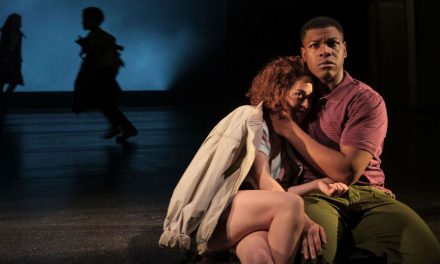