Degree is a brand new British adult animated sitcom created and written by Peter Lay. The show can be best compared to the likes of Family Guy and South Park and centres on four male university students; Samuel, Aleem, Scott and Gary.

The characters are based in the fictional town of ‘Layborough’ where they attend Layborough University and find themselves in what can only be described as crazy situations. Each from different cultural backgrounds, the protagonists are hard-pressed to learn how best to adapt and co-exist with each other in order to endure the daily struggles of student life.

This week, we connected with creator Peter Lay about his hopes for this brand new online project…

Peter welcome to the British Blacklist. Could you briefly shed light on your creative background to date?

First of all, thank you very much. I’ve been writing and developing my show Degree for 3 years now. I’ve always had a passion for animation and a ‘weird imagination’ so it all happened organically. I didn’t study this at uni, it was all self-taught! I’ve learnt so much and grown alongside the development of my show.

I personally haven’t seen anything like this sketch before, especially in the UK. Did this production effectively emerge from a glaring opportunity to parody the ‘trashy’ element of university life?

Yes and no. Animation has been passion of mine for as long as I can remember. The Flintstones, Johnny Bravo, The Simpsons, South Park; you name it, I’ve watched it. However my issue was that all these shows were made abroad and nothing close to these shows were ever home grown. I thought ‘wouldn’t it be cool to have an animated show that really highlights what happens here in the U.K.’. I then took it upon myself to make it happen and where do most of the crazy things in this country happen…? You guessed it, university! The humour and the edginess of the show can definitely be related to the likes of South Park and Family Guy. However, it’s unique as it’s British and you are seeing the world through the eyes of undergraduates, which is a different outlook completely in my opinion. 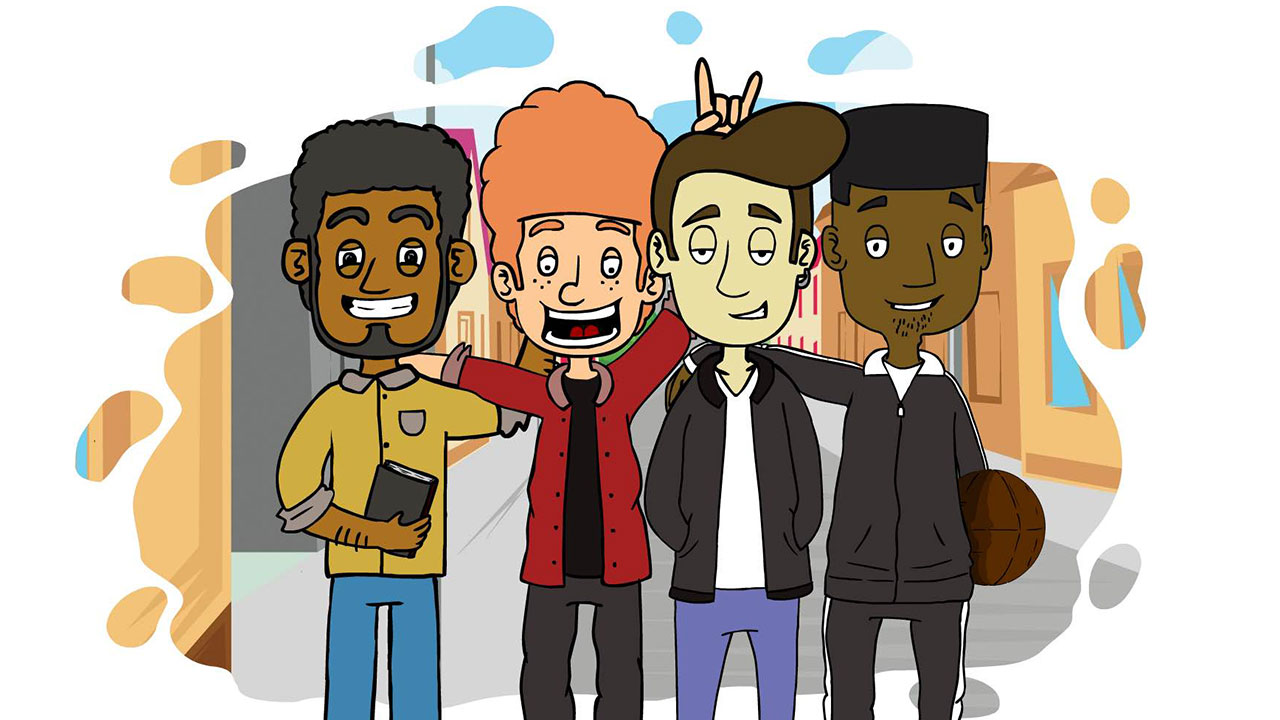 You are the creator-in-chief but who else has been instrumental in the development of this new sitcom?

I have an amazing team who are equally as passionate and want this to take off as much as I do. It’s one thing being a leader of an army, it’s totally another [having] the army actually wanting to fight for you. I’m blessed and together we come up with great ideas and ways to improve the show. A great and passionate team is monumental in any creative project period.

Is the Internet effectively the vehicle of choice for launching new independently financed production work?

Definitely, we are fortunate to live in an age where by the click of a button your work can be put out there for the whole world to see. Years ago it was almost an impossible task to get noticed but now anyone can be successful by utilising the Internet. It’s great to see and we’re hoping to take full advantage of this.

What is the craziest (but cleanest!) story you can tell us from own university days?

Wow, erm… okay let me keep it clean then *angel face*. I think my stupidest moment was when I received my first student loan instalment. I’d never had over £2,000 in my account before so being the fake ‘baller’ I was; I blew it all and didn’t pay a penny of rent. So when rent was due, it was like erm… That resulted in loads of heated meetings at uni with the landlord, I had to apply for an overdraft and use it all just to pay the guy off. That term I was literally so broke me and my friend almost cried, literally. You ever had bread and water for dinner?

Degree is clearly billed as ‘adult humour’ but are you at all worried about attracting criticism and negative reviews about the tone, themes and writing in general?

Nope. Not at all. I understand what comes with providing edgy humour. We aren’t out to offend, but if we believe something is genuinely funny we’ll put in. A lot of the jokes I’ve done already have been to make fun out of things in my life that I hold close to me. We are smart enough to know how to execute certain jokes in the most acceptable way we feel possible – but if you’re very easily offended then this show isn’t for you.

What is your broader vision for this project?

My aim is to make this show an essential part of evening entertainment for young adults and over. Family Guy is necessary for a lot people to watch before they go to bed and if we can be anywhere close to that status, that’ll be great. Ultimately we want Degree to be broadcasted globally and be a wacky representation of the United Kingdom, because we do more than drink tea and eat biscuits!

Probably go to the toilet and then continue working on season 2!