I’m a huge Power fan, I stuck with it from the beginning when most people were fawning over Empire.  It has slowly built up a following with dramatic storylines, a host of intriguing and irritating characters, lots of twists, eye candy and plenty of gratuitous sex. Brilliant TV!

Main protagonist Jamie St Patrick (Omari Hardwick) has been trying to shake off his alter ego as the murderous drug kingpin ‘Ghost’ to live a clean life as a night club owner and entrepreneur. But, life is never that simple. Although married to, the mother of his two children, Tasha (Naturi Naughton) he still manages to fall in love with his high school sweetheart Angela Valdez (Lela Loren). Vladez then turns out to be a US Attorney pursuing his alter ego and entire drug organisation. After much high drama – Ghost leaving Tasha for Angela, then breaking up with her to return, kinda to Tasha, Angela’s FBI ex-boyfriend Greg (Andy Bean) is murdered, Ghost who is innocent, ends up being the prime murder suspect. Thus, Power season 4 begins with Ghost in jail.

Being in prison isn’t Ghost’s only problem either…

Firstly, his former boss and mentor turned enemy Kanan, (Curtis ’50 Cent’ Jackson) has managed to befriend his incredibly dumb son Tariq (Michael Rainey Jr.). Back story – Ghost and Kanan initially worked together when Kanan came home from prison, things went left, resulting in a violent showdown with Ghost thinking he’d killed Kanan. But Kanan survived and is seeking revenge, which is why he’s become Tariq’s closest confidant as part of a plan he’s hatched with his crooked cop cousin, Jukebox (Anika Noni Rose). Their intention is to kidnap Tariq, get Ghost to pay a ransom for his release, then kill them both.

Ghost’s partner in crime and best friend Tommy Egan (Joseph Sikora) who is not completely stable has been through a lot, and is currently battling the guilt of strangling to death the love of his life Holly, because of a betrayal, only to discover she was pregnant with his child. On the business side of things, Tommy and Ghost have had to execute their entire drug network and their main distributors and now with Ghost in jail Tommy is left to run things without his level-headed partner to keep him sane, all whilst keeping an eye on his best friends’ family.  Tommy has also managed to become involved with Tasha’s best friend, LaKeisha (La La Anthony) who has fallen hopelessly in love with him which may prove dangerous for her.

Speaking of Tasha, she is trying to hold things down whilst her wayward husband is in jail, but she keeps getting visits from Angela, the woman who stole her husband and is now trying to put him prison for life. Angela wants the two of them to join forces to help the case against Ghost, but Tasha’s ride or die for life and will never join forces with a cop, let alone one who slept with her man.  Tasha also has to contend with their assets being frozen and the fact she can’t pay her children’s school fees, and face the possibility of having to testify in court.

Oh and whilst in prison, Ghost is being bullied by a guard Marshall Williams (Charlie Murphy, RIP) and inmate mob boss Tony Teresi (William Sadler) who we suspect may be Tommy’s biological father. 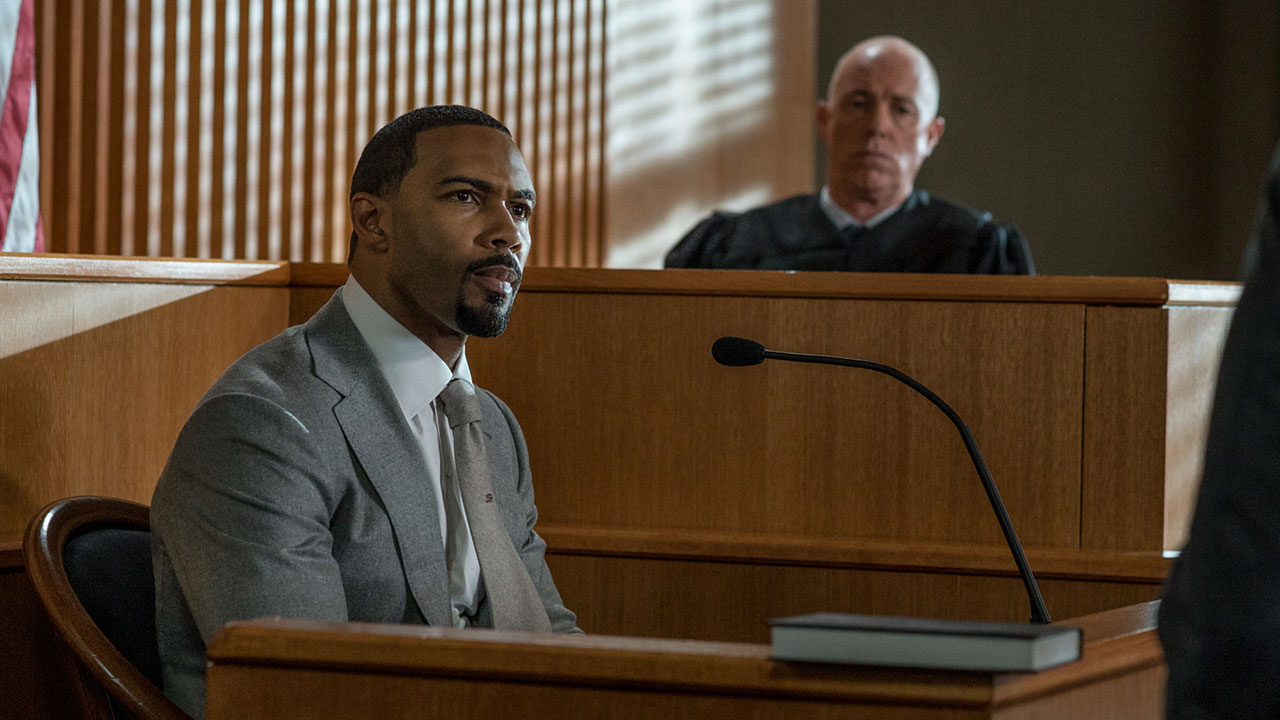 Everything comes to a head in Episode 5…

As to be expected there were a lot of twists and turns in Ghost’s murder case; at one point, he was facing the death penalty, but his brilliant lawyer Joe Procter (Joey Ferrara) managed to get the main DNA evidence thrown out. On the outside, however Procter is being threatened by Tommy who to prove a point, kills an FBI agent in his house and leaves Procter to clean up the body. Then, Procter ends up disqualified as Ghost’s lawyer, leaving his co-counsel Silver (Brandon Victor Dixon) to handle the case alone. Ghost doesn’t trust Silver who doesn’t know the full Jamie/Ghost story so doubts his ability to do a good job as his lawyer. On the outside, Silver has taken a liking to Tasha which if Ghost finds out… Even though Tasha would well be within her rights, considering everything Ghost has put her through!

Angela discovers Ghost is innocent after reviewing the CCTV footage and seeing that he didn’t hide the murder weapon where her colleagues found it. Conflicted, she takes this news to her boss, dirty cop Mike Sandoval who unbeknownst to her is the real killer; he refuses to listen for obvious reasons. With their case falling apart, the FBI decide to go after the money, shutting down Ghost’s nightclub TRUTH which is used to sell drugs, and LaKeisha’s hair salon which they use for money laundering.  The empire looks like it’s about to crumble and Tommy is getting pressure from his distributors in Chicago to sell as much as he can, which is impossible with the FBI watching their every move.

Ghost is visited in jail by old nemesis Simon Stern who offers to lend the family money, Ghost declines, he knows any offer from Stern is insincere.  Stern pays Tasha a visit and offers her the money instead, she also declines but holds onto his business card. Meanwhile Procter has a visit from Angela, she reveals that she knows Jamie is innocent and asks him to help her, but his hands are tied because he’s been suspended and Silver does not have the full details. As the case turns to money, Tasha must face up to testifying in court as she officially handles the business accounts. Silver chooses to put Ghost on the stand instead. All goes well until the cross examination; Mike Sandoval ensures he makes Ghost sound as unreliable as possible.

In the prison, Ghost is trying to keep a low profile, Marshall Williams takes his bullying too far, Ghost snaps, sparking one of the most brutal fight and murder scenes I’ve ever seen on TV.  Tony Teresi walks in and helps Ghost clean up the mess, the payback for this is a private call with Tommy.  What is his interest in Tommy?  He’s got to be his father or at least played a huge part in Tommy’s arrested development.

Tommy confesses to Tasha that he saved LaKeisha’s life from Milan and that he killed Holly. He has a mini breakdown, it’s the first time he has shown emotion regarding Holly. Although horrified at first, Tasha reassures him that she understands why he killed her, but hints that LaKeisha may need the same treatment if she becomes a problem.

Back in court, Angela clears her conscience by testifying for Ghost. She tells the judge about the prosecution’s deliberate mishandling of the case. In retaliation, her team reveal her previous relationship with the accused and the deceased and her multiple indiscretions in the past. The judge suspends the entire team and dismisses all the charges.

Elsewhere Julio (J.R. Ramirez) spots Dre (Rotimi) speaking to Kanan at his party. Does Julio know Kanan is supposed to be dead?  Tommy is called to speak to the bosses in Chicago, he leaves, alone, in a new car and mysteriously without any phone.

After a too close embrace with Silver at her house, Tasha calls Simon Stern for money.

Now that Ghost is free, he has an array of problems, some of which he’s yet to find out – Tommy is missing, Simon Stern may own him, again. The man he thought he killed is still alive and colluding with the man he left in charge of his business, has kidnapped his only son and is plotting his death. Oh, and his lawyer is trying to get with his wife!