Embittered and disillusioned; Fund Manager Dumar embarks on a personal vendetta against his employer who has virtually succeeded in framing him for serious fraud offences. Conversely, the depth of the script begins to unravel as unknown to each; both shield ulterior motives in a tense game of double-cross.

Aaron welcome to TBB. Before we jump into the labour of love that is your film; give us a brief rundown on your career to date…

I had been involved in the recruitment sector for 12 years, five of those years I ran my own firm which gave me the space to fund this movie. However, for many years, I have always been involved in show business. I produced Hell Date London for BET which was their highest viewing programme in the UK at the time. I also produced a trailer for Stephen King, on his Full Dark, No Stars project – we did the big driver trailer. Stephen King gave the green light for the director’s synopsis which was nice as I’m a fan of his work.

Dumar: Volume 2 is your debut feature length UK film and seems to have been on quite a journey before arriving at this exciting point; please give our readers some brief insight to the scope of the project…

Fund Manager Dumar is on a personal quest against his boss Thomas who has framed him for financial fraud and therefore inviting extreme consequences. However, unknown to each both have their ulterior motive that dates back many years. The Dumar project comprises of two feature films (Volume One and Two), however I released Volume Two first so that the audience is exposed to a load of answers without knowing the questions. I recently changed the format from feature film into an online series which is currently in Season 1. The reason for this change was that I wanted to continue building our global online audience who can enjoy the episodes at ANYTIME. You can watch an episode or two on your mobile device during your lunch break at work or whilst your car is being washed etc.

You star as Dumar as well as operating as the creative visionary of the entire project; this has surely been an exhausting combination…

The acting part is definitely the most difficult for me as I’m not a trained actor, so what I tend to do is work on character development for at least two years and by the time we get to set I’m usually ready. I’m privileged to work with amazing actors who I learn so much from. The Writer/Producer/Director titling gives me the greatest buzz to work on a project from development to post production. Of course it is extremely exhausting as your social life is non-existent and sleep is welcomed but always disturbed with thoughts of ‘what shall we do next or who do I need to call’ and so much more. I would not have it any other way right now though. 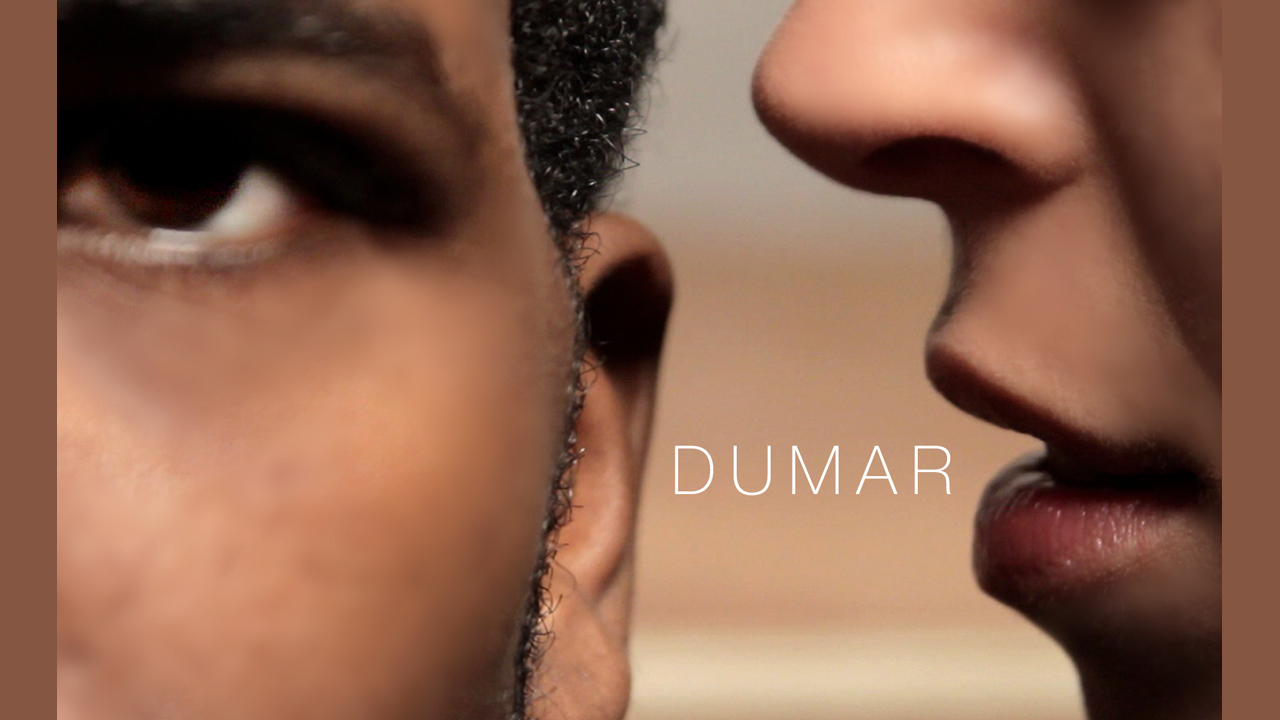 Can you tell us about the process of acquiring such a stellar British cast for this feature film?

I’m truly lucky to have met and am still meeting so many great performers. I create workshops during casting/rehearsals of a project which gives me an opportunity to see how actors work. I find this way a lot more insightful into the individuals rather than have them come along and read lines. I’m not only looking for great performers but am also looking for team players, independent thinkers, adaptable with situations and most of all actors who can take direction and mould those directions into their perception of characters. The casting and rehearsal process for the Dumar project was about 3 years but so worth it as every person developed their character to perfection. Regarding my acquisition of cameos from Will Johnson, Judith Jacobs, Leee John and Gianluca Vialli; I have to be honest and say I was extremely lucky! Each story is quite long but they are all fantastic people who brought their great wealth of experience on set which was a memorable and beautiful experience for me and the team. (For the record their roles were written specifically).

Besides your superhuman effort; who else has been integral to the green lighting of this production?

You’re too kind with your words, thank you; I greenlit the project myself after years of rejection from the industry. I went to every channel in the country, applied to every film fund and grant available, networked for two years straight and contacted hundreds of production companies. They all said NO. This is after the financial crisis so everyone was quite sensitive to the topic. You name it, I approached them, the only brands who were willing to work with me where Drift Innovation, Rushes, Pal Zileri, Porsche Design, Sophie Harley Jewellery and Kirk and Kirk. So once I had product placement I used my own cash, borrowed loads and did my own thing. It was truly liberating knowing that we could do this without the traditional model.

How much has this unique film cost to make?

Let’s just say I could have bought a nice house in the sticks and a Ducati 996. Thankfully the episodes have attracted the attention of a major music platform that shall remain nameless at this stage. We are in talks as they have been recently venturing into this TV/film format. We are just trying to straighten out our marketing partners. There’s so much red tape but I’m so elated to be where we are, for me it does not get any bigger in terms of music platforms.

Who should go and see this film?

I think anyone who loves a great story. Dumar: Volume Two has so many layers that it is not until the last 3 scenes that you probably comprehend what this story is really about and that is only season one.

Do you believe financial fraud is a topic that is often unexplored by British filmmakers?

It is a generally uncharted arena. Especially if we compare ourselves to our US competitors and see the work they have done over the last 10 years. From my research, our financial systems do not seem much different and the bottom line is that there will always be some unscrupulous hands in the cookie jar; eating all the cookies and not even leaving the chocolate chip crumbs!

Does Britain’s decision to remain or leave the EU hold any crucial significance to independent filmmakers?

Apologies, but I have not followed politics since the 90s; so the most I think I’m qualified to say on this topic is that either way I’m sure the choice has already been made!

What are your working plans for the second half of 2016?

First and foremost, to get the deal for Dumar: Volume Two signed and sealed. We’re in post-production for our next feature film, One Way (www.onewaythemovie.co.uk) which is going amazingly well and is on schedule for an international release in selected theatres, DVD and online on 26th December 2016. We adapted from the same name novel One Way by highly acclaimed US author Jeff Lane and were even fortunate to have him write the screenplay. He is an independent author that has had over 500,000 audio book downloads and working with him was a must.

We are filming a promo for (www.thisburningworld.com) which is all hush hush. We are also in pre-production for our next feature film, 24 Hours Away which starts principle photography in October 2016. I have been working on this feature since 2010 and am very excited and pleased to have cast Adi Alfa and Fernando Abadie. So as you can see, we are quite busy, although the most important directive for us as a business is creating great content.

Thank you ever so much for your time and these amazing questions, keep up the great work as your work is so integral and paramount to what so many of us are trying to achieve in this business; I am truly humbled to be a part of your network.