Choze is an artist who continues to make it his personal vendetta to reshape the clichéd fragments of UK hip hop music. One could suggest he is even committed to keeping his own fans on their toes by dramatically changing his name in 2016.

Born in England of a Ghanaian mother and mixed race (Italian/Ghanaian) father; this down-to-earth Clapham resident has long embraced the complexities of difference and naturally makes room to see life from an alternative perspective.

Choze, regularly cites the infamous 2007 Valentine’s Day murder of 15-year old Billy Cox on his Clapham North estate a moment of awakening for himself regarding the ‘transience of life’.  This national headline-grabbing case underlined in no uncertain terms -the fatal risks attached to slipping into a nihilistic lifestyle of drugs, knives, guns, and gangs.

Choze aspires to bring about a metamorphosis for what he sees as a stagnating UK hip-hop culture. For the past two years, Choze has been taking his creative vision to live crowds across London, with performances at The Tabernacle. One of his biggest accomplishments as a creative orator and visual master is to be the first rapper to headline at Union Chapel and Wilton’s Music Hall.  Choze was also invited to perform at Hammersmith Apollo by MBE Paulette Randall and Sir Lenny Henry as part of anti-knife campaign, ‘It’s No Joke’.

Choze’s focus has now shifted to delving deeper spiritually and creating a more intimate relationship with fans through more live shows. With a number of hard-hitting tracks queued up for release; 2018 could yet be the most crucial for the alternative rapper.

Here’s what happened when I spoke to Choze for TBB …

Choze, welcome again to The British Blacklist. This is your second interview with us but the first since the name change. So… why did you decide to drop the ‘n’?

Choze was the name that all my peers called me. I felt it fitted my identity more than “Chozen”. I made a decision to drop the “n” after we were rebranding and management decided to sign off any changes that we agreed to. The next chapter was about to commence so we didn’t want to confuse any supporters.

Can you give our readers a quick summary of your journey in the music industry so far?

I’ve been on the alternative circuit for more than 5 years. I’ve gained a cult following that has supported me from day 1 and believed in my art. I’ve performed across the country and believe that you have to create and perform music from your heart. It’s not about money, it’s about integrity, self-belief, drive, sacrifice, and momentum. Those factors are very important for longevity.

Your general approach to music is still very difficult to stereotype; does this make you proud?

100%. I was a student before I became an artist. I made a decision to study the game and understand why certain artists have the support that they have for decades. Before I entered into the music realm, I wanted to create my own identity and sound for people to recognise easily who “Choze” is and what he represents.

Sometimes. You have to understand that there is a percentage of listeners and viewers that won’t get your message or record from the first glance or listen. But we have been very fortunate that the majority of people that have tuned in, appreciate our creations, shared and streamed the music and even if it’s not their forte, they would still support and be intrigued to what’s next to be released.

You frequently merge powerful imagery with heartfelt socio-political rhetoric in your music. Is your 2017 release, “Name and Face”, the perfect introduction for anyone who wants to experience Choze?

I’ll say pre-introduction. Nothing to lose was more of an introduction to me. I do love “Name and Face” and think at the time was my best video. In reality, the message behind it was to tell new and old listeners that it was a “warning” and they should get ready for what’s in store.

Your latest single “Nothing to Lose” has again drawn praise from music critics. Can you talk us through the message of the single and the accompanying animated music video? 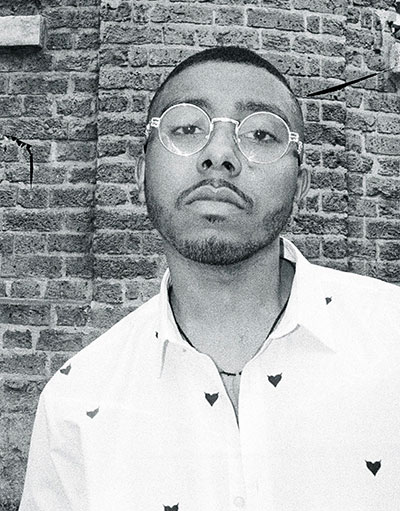 I felt a lot of musicians were using the same tools to get their message across. The feedback that I was examining from viewers led me to believe it was all just too predictable. So my director (Halo Jones) and I decided that we should create a video that people will remember forever. Halo came up with an idea that we should take our viewers to a different world with the same message. He then came up with a solution and created a 30-second sketch of how “Nothing to lose” can capture an audience. I fell in love with it straight away and knew this would be our best work to date.

The message behind NTL is basically “stand for what you believe in” because this world is going through a bad chain of events and if you believe that your voice can make a change then proceed. You have nothing to lose in this crazy socio-political environment (e.g. Brexit, social media, Trump/May, killings, unnecessary riots…) that we’re experiencing daily.

We both attended the same arts focused south London secondary school in the 90s. Do you feel those years in education aided your desire and decision to pursue the creative arts and specifically a career in music?

Yes, because I witnessed first-hand a few individuals prosper and achieve great accolades especially in music as well as sports. Adele (Music), MC Neutrino (Music) Jade Johnson (Athletics), and even my best friend (Amadou Kouman) was signed to the biggest club in the world (Manchester United). They all attended my school and were huge inspirations. Need I say any more? Lol

You turned down a big label deal early in your career. Is your business plan to stay independent control your own destiny?

Independent is and has always been the way forward personally. There are a few labels that understand the vision and instead of exploiting, want to do business where they can push the brand to a wider audience. I only believe in doing a venture if the deal is right but I also believe the independent avenue can be more beneficial because you can choose the music you want to release and how you want it to be released. No one can take that away from you no matter the outcome. It’s your identity and you have to live with that for the rest of your career so think wisely before you make any critical decision.

How do you feel about the controversy surrounding the current youth-driven UK Drill scene?

I’m always torn on how to answer that question because there are two perspectives that are not evenly represented regarding the Drill scene. I’ll state that I don’t really like how the media highlight the negative aspect of the scene. They never mention the positives, in which there are a lot coming from that style of music.

Do you believe music such as yours, with a level of consciousness, is relevant more than ever at the moment, in light of the recent spike in teenage knife crime?

Definitely! This generation needs to hear certain truths. There has been a plague of killings recently and I feel some young people need to start making better choices. If they’re subliminally pumped with positive and truthful music then maybe more positive decisions will be made which can help our society as a whole. I feel musicians do have a responsibility to a certain degree but they must also speak their truth. Listeners can really hear between the lines of who is telling the truth and who is putting on a facade. Realistically, you can’t get angry at a musician who is accurately describing his/her past of being a product of their environment.

What can music fans expect from a Choze live show & when is your next scheduled live pa?

Show dates are soon to be announced. People can expect what they always expect from a Choze live event – “the unexpected” lol!

Can you tell our readers about any potential releases for the final quarter of 2018?

We’re planning to do a one-off show for a few specially selected guests. This will be an experience like no other. I’m also looking to release a new single called ‘DIY’ taken from my mini-album with the same title.

Getting back to recording my second mini-album. I’m also listening to new and exciting music from across various genres. Once I announce my new website, there will be a link allowing people to know what I’m listening to each day. Keep your eyes and ears peeled for that!