Clued Up is a new film directed and produced by 18-year-old Londoner Callan Allen.

Allen who also plays lead character, ‘Theo‘ funded Clued Up himself and has brought to life a story which tackles knife crime, bullying, peer pressure, and acceptance through the eyes of a teenager today.

My name’s Callan Allen I’m 18 years old from Croydon, South London & I’m an actor, director, writer and producer. I am the creator of Clued Up. which is my directorial, producing and writing debut. I made Clued Up to give an amazing opportunity to young people to get their foot in the door of this crazy industry. From the actors to the crew even the musicians on the soundtrack are all young up and comers including myself.

What’s Clued Up about?

Clued Up follows the story of best friends Theo and AJ through their final year of school, the boys want to make some quick cash for the summer so they decide to turn to the local drug dealer Mike to sell for him. The boys accidentally lose the drugs, giving them till the end of the week to make back the money they owe. Mike will stop at nothing to get to the boys and the people they love. There’s a very big plot twist, leaving the boys not being able to trust anyone. I play lead character ‘Theo‘ whose story acts as a springboard into the other characters who become increasingly immersed in the web he has unintentionally spun, this troubled group of teens will find themselves ultimately bonding through the shared experience of a life and death situation.

Our characters and their homes range from the social housing estate through white collar terraces to gated communities. All they have in common initially is school. This is not a story about drugs and their dangers. The drug dealing is merely part of the storytelling arc, the main theme of Clued Up is about young people on the cusp of adulthood being put in adult situations. Our characters are driven by unconscious forces they can’t always control – navigating drugs, sex, trauma, love, friendship, death, and redemption. It’s ultimately about the search for identity.

Why was it important to tell this story?

I wanted to create something that wasn’t just thrown together by a middle-aged writer. It’s coming first hand from someone who’s lived it. I wanted to create something that young people will be able to watch and see themselves in, whether, through the diverse cast, character traits or they can relate to similar situations. A real representation of what growing up is today.

Tell us more about your character Theo?

‘Theo Jenkins’, is 17, cocky, arrogant but sensitive. He grew up as an only child with both his parents, however, recently his parents divorced after his father cheated on his mother. Theo often takes it out his anger on his mum ‘Jane‘ causing a very fractured relationship between the two of them. Theo is intelligent but often plays this down to appear cool. He values his friendship with ‘AJ‘ (Joel Francis- Williams) more than anything in the world and often sees it as them against the world. Theo is just like every other kid out there who just wants to make it with their friends. To begin with, he may not come off as the nicest boy but deep down he has a good heart.
I developed Theo as a character by seeing all the crazy situations he’s put in throughout the film and thought about how I would react vs. how Theo would react as we don’t share many similarities. Theo struggles with mental health throughout the film, so doing research into that was also a helpful factor.

Clued Up is a personal story which tackles being a mixed race young person growing up in London, though it seems London especially is more multicultural and embracing of mixed race people what are some of the challenges people are overlooking?

There are so many things overlooked that people don’t speak up enough about. So many people are so uneducated and ignorant when it comes to other races. I think growing up where I’m from it’s so diverse that you wouldn’t think twice about diversity, however, as I got older I realised how much racism still exists. Being told you’re not white enough to be white or black enough to be black. There are loads of things that still go unnoticed, but hopefully Clued Up will bring a bit of light to some of these issues.

Your film also tackles the difficult transition from child to adult which adults often forget? How do you suggest we improve the disconnect between adults and young people?

One thing I’ve always said is that there’s not much difference between being 30 and 31 but there is a massive difference between 15 and 16. When you’re in your teens every year you’re trying to find yourself as a person and discover your identity. Adults put pressure on young people like they should know how to navigate the world without a map or compass especially when there isn’t one. I think today’s young people are being put into adult situations younger and younger, and because we’ve never experienced these things before good or bad the reactions are heightened. I think to improve the disconnect between adults and young people is to stop putting so much pressure on young people and let them know that everyone’s journey is different and it doesn’t have to be the typical, sometimes forceful Uni route. No one defines success except for yourself and more young people need to realise that.

You produced and wrote Clued Up, is this the first piece you’ve written? How did you work to ensure your idea was realised to your satisfaction?

Yes Clued Up is the first thing I’ve ever written, produced and directed. I think the main thing I realised throughout filming is to have faith in your own ideas and visuals. When we started the project I was just 17 and I had so many people telling me how I should do everything. When I saw the first few days of footage I wasn’t happy. It didn’t feel authentic to what I know Clued Up should have been. After that moment I took control over everything from picking the colours of the school ties to choosing the film logo; even tiny things like set designing props I did myself. If you believe in yourself others will too and that’s just what the cast did. They trusted me not just as their fellow actor but also as the director and writer.

As it’s an independent film, budgeting and time are always an issue. How did you manage to overcome any hurdles and what were some vital things you learned in the process? Will you continue making films?

With independent films, there’s always gonna be a tight budget no matter what. I think that being so young when I started I was faced with so many issues whilst making the film, it’s sad to say people do try to take advantage of you because of your age, but it does happen. The most vital thing I learned whilst making this film is that ‘no one’s your friend when it comes to business’. I will 100% be making more films and TV shows. I’ve got some exciting stuff in the works with big platforms telling more stories that are real to young people.

I am looking forward to finally getting Clued Up out and into the world. It’s been such a long journey for me as a person, I’m excited for people to finally see it. I’m also excited for some other projects I’m working on that should be out soon.

If you ruled the world you would …?

That’s a big question. I wouldn’t know where to start. I would probably throw the world’s biggest house party known to man. Although I don’t think my mum would like the idea of that!

Tell us when we can watch Clued Up and how we can keep up to date with you and future projects? 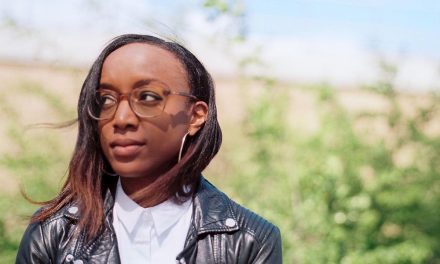 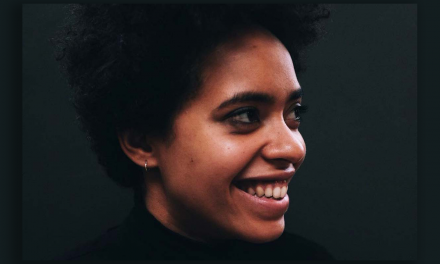 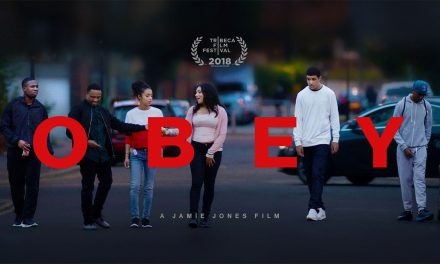 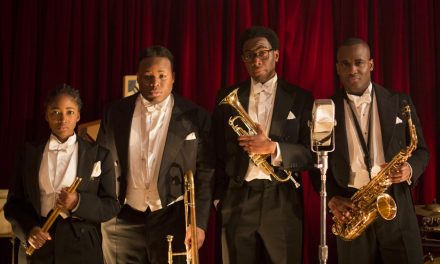