2020 is a trailer for a movie we’ll possibly never see.

Created by actor Frankie Clarence (All About The McKenzies; The Weekend) 2020 is based on the year we have all had covering significant moments over the last 12 months. The inspiration for the comedy/horror project came from a similar project 2016:The Movie by YouTubers Friend Dog Studios.

2020: The Movie starts out as most New Year’s do with a group of friends having a fun time seeing in the new year together. But, things take a dramatic turn and all the “horror” of the year 2020 kicks in.

To the world I go by the name of Frankie Clarence.

In a state of euphoria.

Starting at the beginning when did you or what lead you on this particular career path?

Being a devote Catholic I genuinely believe God brought me into this world to bring a sense of joy and happiness to people. It was not until I started doing school plays back in South Africa and seeing the smiles I gave people, that I knew this was what I wanted to do. The feeling I got giving positive feelings to others gave me a great sense of joy.

The first person who believed in me was my Aunt Jean, who when I was at the age of about 15 or 16 said to me, “Junior, whatever your dream go and make it happen”. Being a teen I acted too cool for school and shrugged off her words to her disappointment. This, unfortunately, would be the last time we would speak as she passed away weeks after. This gave me the fuel to kick-start the journey I am on now. Thanks to her who gave me the courage to go for it, I signed up for Adam Deacon’s Drama workshop. Then attending an extended workshop at the Dramatic School of Arts in New York City.

Can you tell us about your latest project?

I have just released the first-ever project that I’ve produced, co-written with Arnold Jorge, and starred in called 2020: The Movie.

Why is this project important to you and will you develop it from a trailer into a short film or a feature?

The concept of 2020: The Movie was important to me as it showed a reflection of a year that would go down in history, especially for those of my generation who were just about to get ahead in the world of work, aspirations, or university which suddenly got put on halt. The only tool we as creatives have is the revolution of our soul. Painters have paintbrushes, labourers have DIY kits, medics have equipment but actors must reveal the entire spectrum of human emotions using the tools of their soul so I felt it was important to capture the emotion and empathy of humans as this had dissolved in the last 14 months.  Honestly, it was never really an idea to turn it into a short film or feature but, with the interest many around the world have shown, I may consider the possibility if the right opportunity arises.

What were some of the obstacles you faced bringing 2020: The Movie to life?

No filmmaker would say it was an easy commute to where they intend their project to go. What made the final cut was probably 70% of what we filmed as we had to cut out a lot of scenes; such scenes as zoom calls, 30-minute exercise, Black Lives Matter protests, potential WW3, and more. It was the difficulty of ensuring we captured the right moments and having the end product premiere on the right YouTube channel.

Arnold Jorge directed and co-wrote 2020: The Movie how was it working with him during the writing process?

Arnold and I had worked with each other previously in a feature film and have remained in close contact ever since. He has an intelligent eye for comedy and working with someone of his calibre was a blessing. I have the highest respect for him and his determination plus knowing each other on a personal level made the job easier, and more enjoyable as we had similar visions for the project.

Whose work inspires you?

Michaela Coel is a diamond that I cherish; I met John Boyega through an unusual circumstance that led to a friendship and his work on and off camera is an inspiration; Percelle Ascott, what he has done and is achieving for the UK Urban scene behind the scenes is phenomenal!; Sebastian Thiel, R.M Moses, Mo Ali, and Samuell Benta – These filmmaker guys are destined for greatness.

What’s the best advice you’ve received since working in this industry?

The one that sticks out for me was given to me by Femi Oyeniran who pulled me aside once when I was doing only comedic stuff and saw the potential in me and mentioned that I am more than just the laughs, “thrive to see the bigger picture and become a trained actor who so happens to be funny and not just a funny man“. Another from David Ajala who told me once, “Nobody said it will be easy, but if it was easy it wouldn’t be worth it“.

Professionally, the lead role as the main antagonist in The Weekend (2016), proving to many that firstly I am more than comedy and that the image of a villain isn’t a specific look. Huge thanks to Kojo Anim. Personally, opening up my own children’s charity for underprivileged kids in my native home country.

I have always been told that I’ve got a nice voice, maybe my dad and mum will say I talk too much. I stepped into the voiceover world and landed a gig on Netflix for an up-and-coming cartoon called Arlo the Alligator which will be out this year.  Working on a project as a co-producer and writer and also starring in a short film with West End’s Hamilton talent Jason Pennycooke and Samuell Benta on an artistic drama – Think La La Land in London. Featuring in a coming-of-age RomCom movie called #ValentinesDayTheFilm out this Easter  Early days so not able to mention it just yet but working with a BAFTA award winner on a blockbuster feature film which in due time shall be revealed.

Watch 2020: The Movie below and keep up to date with Frankie Clarence here. 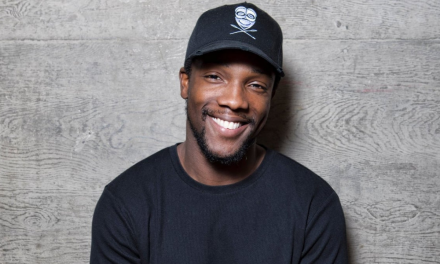 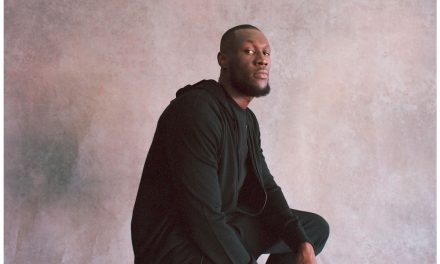 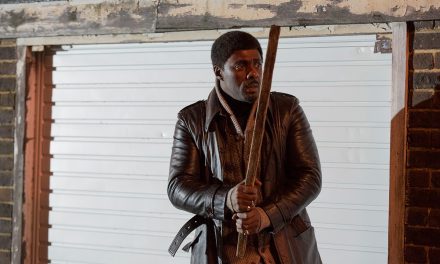 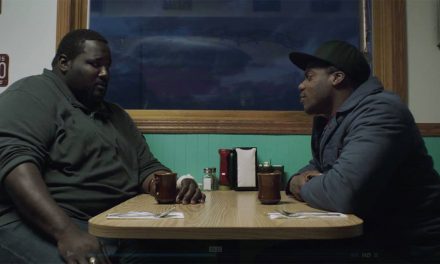