Since then the young actor who stumbled into his career has taken UK screens by storm. More recently Kayo has been nominated for a BAFTA in this year’s upcoming TV awards for his role in the ITV2 groundbreaking comedy Timewasters.

Currently starring in the critically acclaimed new sketch series Famalam, we caught up Kayo to check in on how he’s feeling after being nominated…

I was in an audition it took a while.

Yeah right, I wish! No way. It’s crazy though!

1# So what was that feeling like? Set the scene, did you have an idea that you were nominated?

No, it was a total surprise. We had the screening for Famalam the night before and I was in bed hungover. One of my friends sent me an Instagram video, ‘saying oh my god you’ve been nominated’ then *AK phoned me saying ‘bro, bro…’ then I just started screaming. Then my mum came in my room, thinking something bad had happened, I told I’d been nominated for a BAFTA and she started screaming saying ‘praise God’ then she said, ‘which one is the BAFTA?’… she had no idea what she was screaming for! She just saw the joy. Then I just went for a jog, I had this crazy energy so I had to go for a run to calm down. It was crazy that day.

1.2# Are you happy being nominated for the Timewasters role or is there another role you wish you’d been recognised for – like Denzel’s Training Day vs Malcolm X?

[laughs] I’m not at that Denzel stage! I don’t care. It’s a blessing to be nominated at all. The characters we play on Famalam are so exciting and fresh, and same as Timewasters, I’d be happy either way.

… have you written your speech?

No, I haven’t written anything. I’m just going to let my mum be showered in BAFTA loving. I haven’t really planned on writing anything. I dunno, we’ll see. 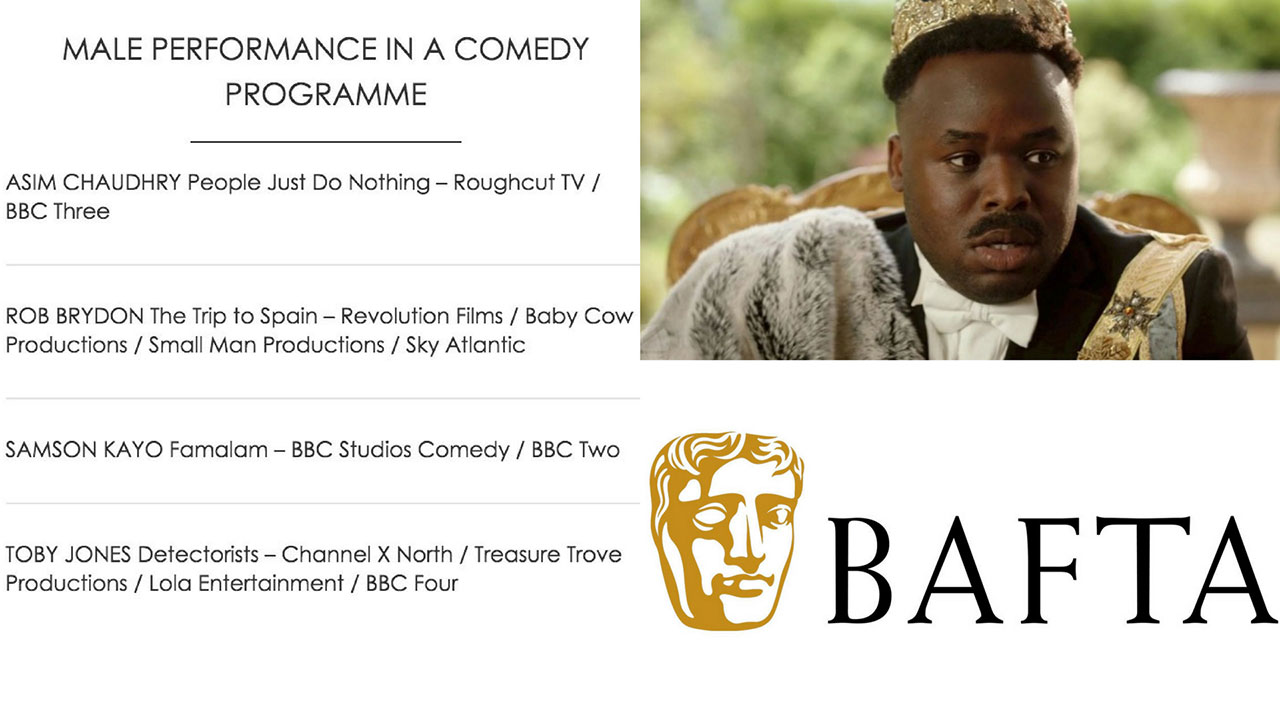 2# Tell us about your characters in Famalam …

Favourite character that I play is probably, Moses ‘Motherf***in’ Mountree the African American cop. Because we just got to improvise. We were mucking around, they trusted me and I really enjoyed the costume. I got to drive like a Mustang. It was exciting. The characters were created by Tom and AK, some writers and some cast members, and it was just cool to do four scenes a day; different characters each day. It was like exercise.

3# The writers’ room must be crazy on Famalam how did they manage to choose the best characters?

4# Of course, you don’t go into this with low expectations but are you surprised at how well received it has been?

I’m not too surprised at the response. I’m surprised at the level of response and the broad audience that it’s reached. Especially considering it’s a predominantly black cast, as most people will say it’s a black sketch show for just black people to watch, and it’s not. I really love the fact that people have taken that on board and have just watched something funny.

5# With the legacy of The Real McCoy and Blouse and Skirt etc. behind it, did you guys watch any old episodes for inspiration?

I didn’t grow up with Real McCoy…

… of course, because you’re a baby!

[laughs] I met Robbie Gee the other day, and I was gassed. I met him at Jimmy Akingbola’s party and I was trying to be cool. He was so chilled. It was so cool to meet one of the pioneers of sketch comedy in this country, especially for us. I remember watching Robbie in The Crouches. Working with Curtis Walker on Youngers. I’ve always been around these greats, Richard Blackwood, Jocelyn Jee Esien. I watched so much Little Miss Jocelyn, back in the day. If anything, she was one of the biggest inspirations for me growing up. My mum loved her so much that we were allowed to watch her, even though she was so foul-mouthed and that for me was so relatable. We watched some sketches, Real McCoy, Little Britain… But a lot of the ideas came from the cast. 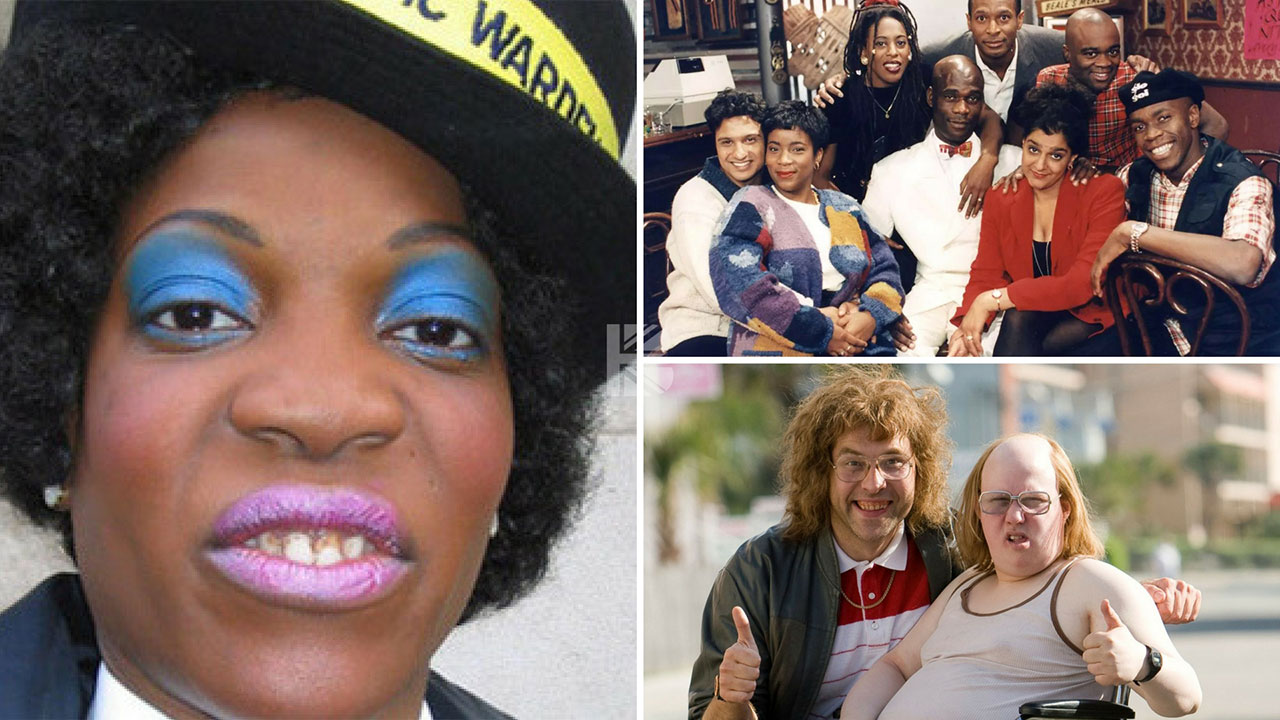 6# What’s great also great about Famalam is that each sketch is so well edited, and the comedy timing is on point… how rigorous is the process?

We live in a world of social media, Instagram and Vine came out, you had to make me laugh in 6 seconds or we’re turning off. Tom Marshall the director and Ross Marshall our DOP it’s testament to their work. I remember when we did the pilot and I saw the first sketch on the rushes, it kind of looked like a movie; stylish and interesting, Tom Ross and AK in terms of comedic timing just got it right. AK and Chris were like this is funny, this is where the joke lands, this is where it doesn’t work. They just came together.

7# It’s paid off. There is always the weight of responsibility because we’re so starved of black content in the UK did you feel pressure to get it right?

I wouldn’t say it’s pressure because we have to believe in our talent. If we don’t believe in ourselves then we’re not going to be loved in the room, on screen or on stage. In terms of pressure, I feel like we’re really breaking down doors. We’re not having it, I love it. There’s no filter on us anymore. We’ve got such amazing stories that cannot be denied so now when we’re going into a room, the heads are like wow this is an amazing story, forget about colour we have to do this and that’s an amazing thing.

8# How did you get your first acting role?

I was doing football coaching in a pub for this team in East Dulwich and one of the ladies, Anita Simpson worked behind the bar at the football club, I remember saying to her, I wanna get into acting the first day I started. She told me her friend Sheila Nortley was doing a film and I should audition. This was for Aml Ameen’s short film Drink, Drugs, and KFC. This was my first audition and I see all these guys who looked like me, looking at their scripts hard. So, I thought cool I’m gonna look at my script really hard then, so I just stared at my script angrily, trying to look like an actor and I went in here and I got the gig. I remember when we were filming, Aml was directing and he kept calling us heroes. Say like when we were in the green room, he’d say ‘can we get our heroes’. It was so uplifting. That was when the journey really began. Aml took me under his wing. He took me to his stage school agent, Barbara Speakes got me signed up to her. Got me a tutor. I kind of owe my career to Aml Ameen.

9# Then your first TV gig was Youngers, a nice transition. How did you get that?

I was going to Argos in Tottenham Court Road to buy an iron. Then I looked across the road and there was a long queue of people, I asked a girl what was going on. She told me there were auditions, so I just got in the queue. They already had the script, I didn’t, but I went in anyway. I met Shaheen Baig and Aisha Walters [casting agents] they asked where I was from, I said ‘Peckham, Dulwich’. They said they were filming in Peckham, they asked if I’d seen the script, I said nope. They asked me to tell them a bit about myself; I did. Went home, then I got a call, they said come back for an audition. I went back and then got the role in Youngers for E4. That was my first TV gig. A complete accident.

9.2# Who have been your industry heroes?

Jocelyn Esien I say it every time. She was a G and I don’t think she gets as much credit as she deserves. I’m a massive Robin Williams, and Jeffrey Wright fan. Especially  Robin Williams to play all those different characters and still have the room to go in and play those serious characters, that’s the journey I want to be on. But right now, I’m just loving comedy right now.

The biggest highlight was the premiere of Drink, Drugs, and KFC at BAFTA. I got to wear a suit, we got to go to BAFTA. It was me and my boy Aaron Fontaine (actor) who’s my absolute bro today. All of us watching my first role on screen. Aml still calling us heroes. That’s probably the biggest highlight, even bigger than the BAFA nomination. Because that’s the welcome to this industry…

Biggest lesson would always be to follow my gut. Because you never know what project you may be missing out on which could benefit your career.

The biggest surprise is that I used to go to this adventure playground in Dulwich, and now I volunteer there. The kids there go absolutely crazy. It’s so weird going there all the time. Even though I see them every day, they still go crazy after seeing me in Horrible Histories and stuff like that.  I wasn’t expecting that because they know me. It’s warming and great to give back because that keeps you humble in this crazy industry. 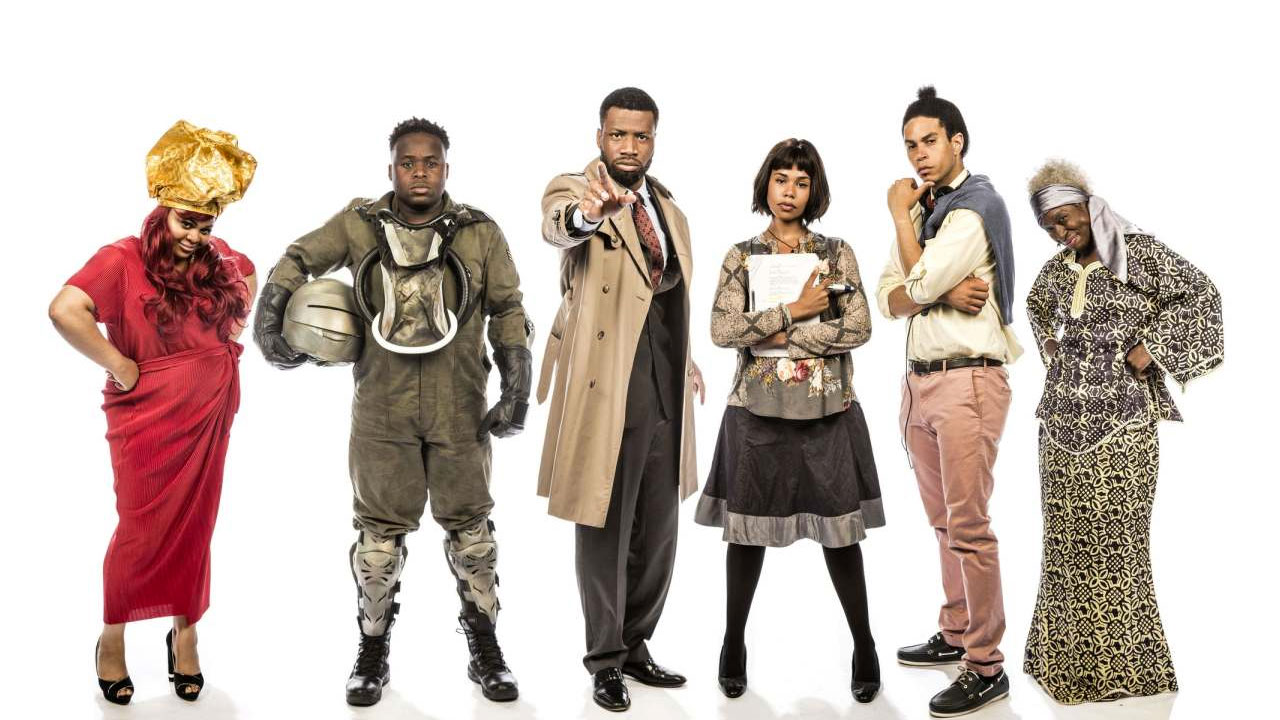 10.2# With what’s going on in the world today from knife crime, Windrush, Brexit what do you feel like you’re on this earth to do, bearing in mind you are young…

I feel I’ve still got a lot to figure out. But I’ve recently realised that these kids in this adventure playground – last year funding was cut for it and I feel like every time I’m around them, the reason why I do this now is so that they can be inspired to do something. Not necessarily acting but something creative or progressive. The 3-6 year olds are lovely. But the 14-16 year olds they’re at a stage now where they could go either the wrong or the right path. I feel it’s my mission with all the good things that are happening, to push them in the right direction. If I can make sure at least two are doing something great, then it’s two well done.

I’m writing, I’m in a new film. The new Doctor Doolittle. That’s an exclusive for you…

…what… a new Doctor Doolittle, with Eddie Murphy?

Noooo, with somebody else. I can’t say much about it. I can only give you that. I’m doing that and I’m just writing and embracing this new journey and pushing momentum.

10.4# Ok so the sun’s shining today, what are you doing for the rest of the day…

It’s a bit mental because I only got one ticket. I’m going to be wearing a suit and it’s baking. I might go in a string vest or looking like Dave Chappelle as Prince.

Famalam is available to watch via BBC iPlayer