Josh Burton is the man behind, ‘the world’s first entirely one man made cinematically released film.’

Burton’s one-man-made independent feature length film The Dead Truth, which he wrote, produced, filmed, directed, edited, and acted in, by himself, will bring you a literal roomful of continuous drama, as well as a light touch of humour, all through a spiral of deceit and compelling storytelling.

The story follows three brothers, who are in fact triplets; a doctor, who’s been away on a scholarship, an employee who is married with a 6 year old daughter, and an ex-convict who’s just been released from prison. Tonight is the first night the brothers have been together in 6 years, a night to remember where they’ll uncover truths that were never known as lies, truths that were thought to be dead.

#TBB10 caught up with  him to find out more…

My name is Josh Burton, I was born in the midlands to Jamaican Heritage and grew up in south east London.

I have been in films as an actor for the past 4/5 years but I created my first film a year ago,  a short film called ‘The Dead Truth’.

3# Who or what inspired you to get into this line of work?

In short, my mum regularly attended church, I had stopped going. One day I decided to go again, I was 16 going on 17 at the time, a young male two years older than myself, had an amazing dance portfolio/body of work… shows he’d done, venues he’d performed at, places he’d been to, it was basically a really chunky folder of greatness. He had brought it to the church to receive blessings, wishing him good luck to the future of his dance career, it was when I saw this folder, that it inspired me, wanting to have something like it one day.

4# Can you remember the first film you made, what was it about, what did it mean to you, and how was it received?

The first film I made was The Dead Truth in 2016. This 15 minute short film took place entirely in one room, which uniquely I played all three brothers as well as wrote, directed, filmed, edited and produced the entire thing. My first entirely one man made movie.

5# Ah so your latest film The Dead Truth is the feature of the short?

[Yes] made in 2017, The Dead Truth runs at 1hr 17 minutes. It remains about three brothers seeing each other for the first time in 6 years; reunited due to the recent death of their mother. One became a doctor, one an employee married with a child and one was imprisoned for 6 years. In one room they uncover secrets and lies. You get brought into an all out family conundrum,  completely played and made by myself. 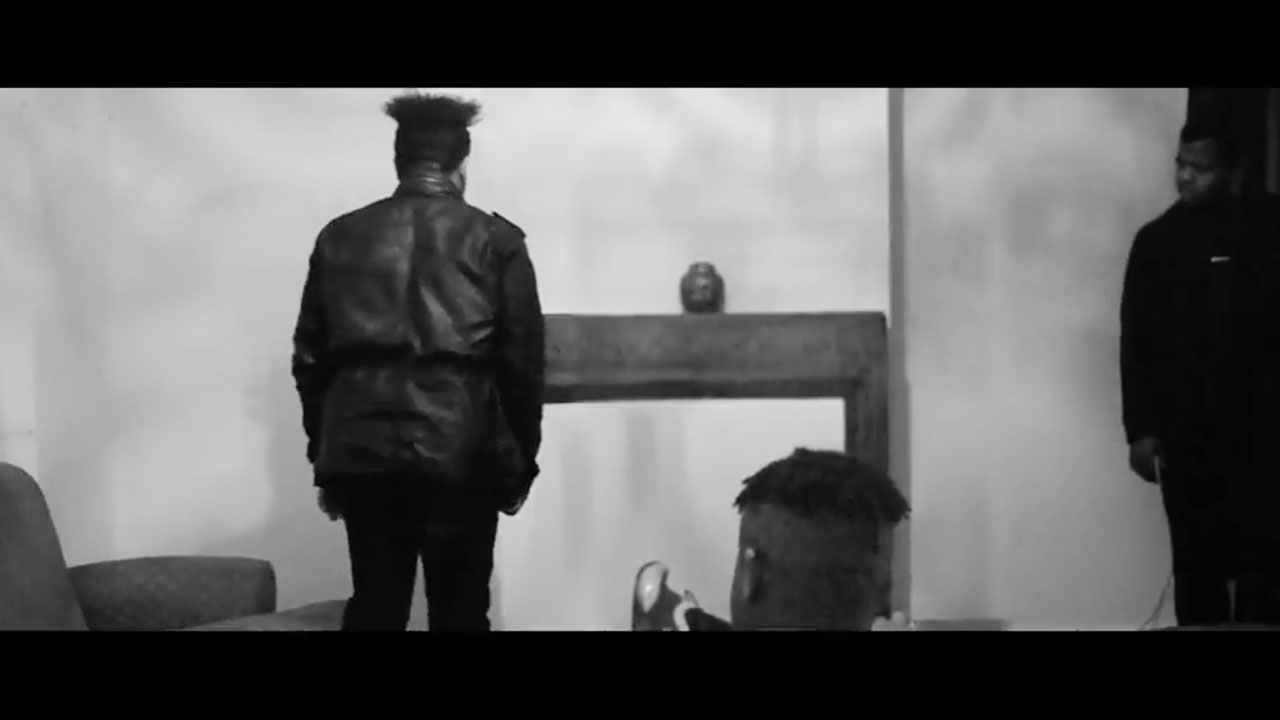 6# You made this independently what were some of the obstacles, and how did you overcome them?

My main obstacle making this film entirely by myself was probably self motivation. It’s hard when no one else is pushing you. However the thing that helps, is self love, when you value yourself, you can’t stop working hard at what you want to achieve and you don’t want to stop either.

7# What about that ever elusive funding, how did you finance it and how easy or hard was it to stay within budget, any tricks you learned along the way?

This entire project, costume, location, food, equipment etc. was all funded by myself. Working as a member of security at a McDonald’s branch, a portion of my pay cheque always went towards my film. So there was no budget, everything was an investment of my continued living wage. I think the trick to this is from the get go, everything you have around you should be where you start when making a film. Hence why the main scenes of my film are in or around my own home. Another trick is to just be a genuinely good person, don’t be false. Being genuine will get you noticed by the right people.

8# What does your this film represent – the meaning the message the intention?

The Dead Truth represents so many things, what you can achieve with talent and ambition. Finding yourself by seeking your truth, who you really are by putting yourself in challenging positions. To believe and value your dreams and your journey. To understand that success is made through sacrifice not comfort.

9# Where can people see this film and keep up to date with your work?

The first screening will be at the end of the month, so be on your toes because it will sell out fast. An official cinematic run is being discussed but is due to be announced in October. You can keep up to date and learn more about myself via my website www.josh-burton.com; Instagram and Twitter. Also by joining the Facebook group themonologueroom

I have a sharp idea on my future projects, two feature films in the works (an action and a musical), I won’t go into too much detail as of yet but I strongly believe that the release of this film will make many powerful and ambitious people want to work with me.

Tickets for the screening of The Dead Truth (first screening tonight Thursday 31st August 2017) can be found here.