Adjani Salmon had a dream and it was black…

I am British born but raised in Jamaica. I returned to the UK in 2013 to go to film school and have been here since. Being Jamaican influences my creativity greatly. Growing up in a country where the arts play such an integral role in the culture, it shaped how I view the world around me, and how I express myself creatively. Especially in terms of comedy. In Jamaica, we tend to make jokes about things that are genuinely not funny, like oppression, unfortunate circumstances, misfortune, which comes out in Dreaming Whilst Black as it relates to the types of things we poke fun at.

3# Who or what was it that pointed you in the direction of a career in the arts?

Again, growing up in Jamaica, at some point in time everybody wants to be a dancehall artist, DJ or something creative. At 13 my mother gave me a 4MP digital camera (which at the time I thought revolutionary) that could record videos. My cousin and I used to make karate movies, inspired by the kung-fu movies that we used to watch back then. We didn’t know how to take the footage off the camera or anything about editing, so we’d make these one-take films, and then when the memory card was full, delete the ones we didn’t like and start recording all over again.

Unfortunately, Career day at school comes around, dominated by talks from lawyers, doctors, accountants, and engineers. So I went off to university where I completed an architecture degree and started working in that field. It wasn’t until I was about 21 when I saw my cousin, who was visiting from England, making a living from filming and photography that I realised it was something I could take seriously as a career. So when he came to Jamaica that summer I followed him around, helped out on his shoots; learned the craft. Then I continued to try and make a career of it for myself. 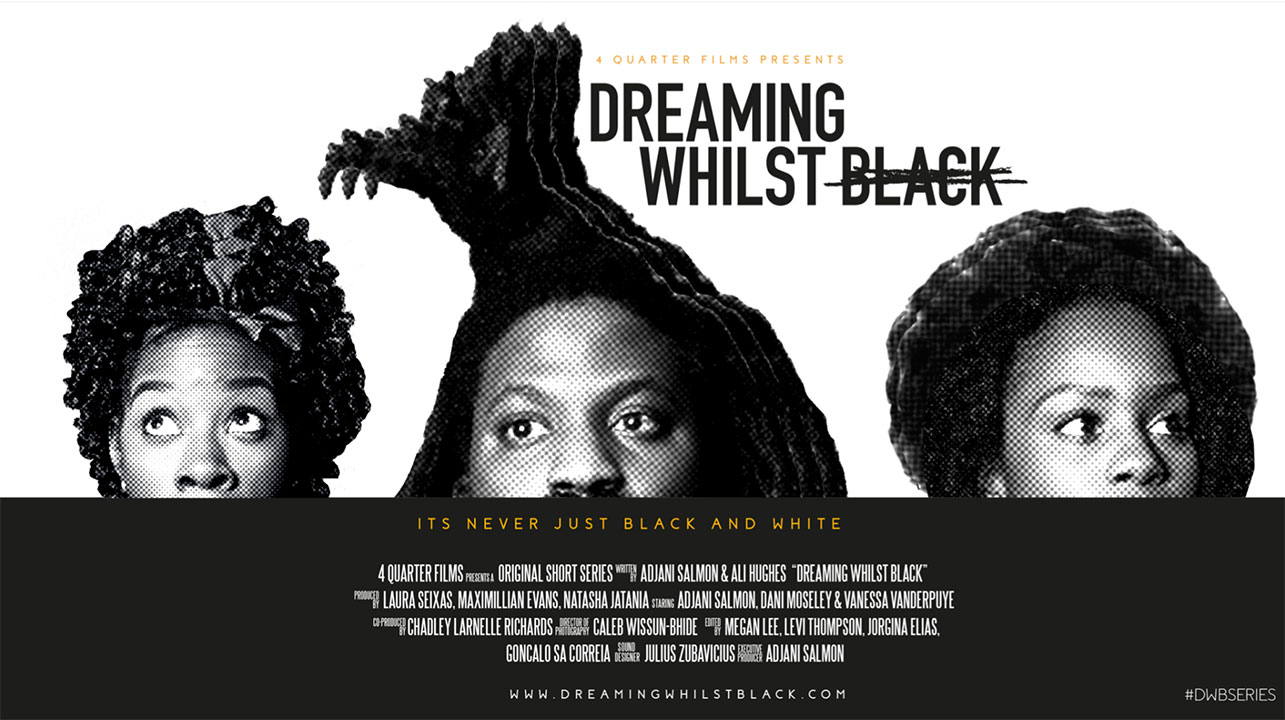 4# What was the first piece of art you made or starred in, what was it about and what did you learn from it?

At 21 my cousins and I made a web series, BLiP Online Series where every episode was a comedy sketch. It was very rough, we’d come up with the idea in the morning, shoot it in the day, and release it online in the night. I starred in those as well, not with the aspirations of being an actor but purely due to the lack of friends who were available to help out during the week. The videos got some traction at the time, 1000 views per episode which we thought was great. But I remember one night, a friend living in America messaged me on Facebook and said, “you know, I just love your videos bro. It’s the only thing I look forward to in the week when I know I’ll smile.” That had such an impact on me because I realised that making these comedy sketches for fun meant something far more to someone else. It was then I learned the power of cinema, and the impact and responsibility artists have when they create work.

5# So, Dreaming Whilst Black … what’s it all about?

Dreaming Whilst Black is a 9-part comedy web-series that follows a young, passionate, but naive filmmaker, Kwabena, who struggles to navigate between his dreams and reality. The show explores the day-to-day struggles of being an independent creative trying to survive in London. It also highlights the nuances of how one’s race impacts this struggle.

6# Why did you decide to bring this dream to life and more importantly how?

At the time, myself and the members of my team, 4Quarter Films, really wanted to introduce ourselves to the industry as new players in the game who should be taken seriously. We are young, bold and willing to say what others only think. I had started writing the scripts before we formed our company but when I brought it to the team, they not only understood the story but understood the importance of telling such a story in this current climate. I had a vested interest in telling this story now because I felt like I struggled to find content in the UK that represented me and found myself going online or looking towards America to find shows like Insecure, Master of None or Atlanta. So making this show was really a way to have the UK equivalent.

7# You chose to release it as a web series, why this format and not a film short or feature – the era of the web series seems to have quietened down?

I think that’s debatable since Hood Documentary and #SWIL were such great successes last year and the year before. Increasingly more shows are going to major online broadcasters such as Netflix, Hulu, and Amazon Prime, which would make shows like House of Cards an online series as well. In terms of telling this story in this format, we really wanted to introduce the character, his journey, and the other characters who shape the world around him. The intention is to expand the running time in Season 2, to further explore and fully realise the other characters and continue to make content that gives an alternative narrative to what is more commonly seen in British Media of minority communities.

8# Though you document some of the stereotypes of being black on western shores, can you recall that first time you were made to feel ‘other’ and what did it do to you?

Because I was raised in Jamaica I had the luxury of growing up in a country with multiple ethnicities who are all seen as natives to their country, so I grew up for quite a long time without feeling like the “other” per se. The moment I came to England for university I recognised I was “black”. The first time I was made to feel like ‘the other’ was in my first year of university. I was going out with my friends for St. Patrick’s Day. There was a large group of us, around 12 or so 18-year-olds going to a pub for the celebrations with our Irish friends. We stood, men and women lining up to go inside. The line was going fairly quickly until *Mo got to the front of the line. Mo, myself and another friend (who were the only minorities) were asked to step aside so they could check our IDs. Meanwhile, the rest of our friends went in. We were then told that it was a private event that night. We explained that we had two friends inside who had invited us. At this point, they were at the window pointing to us to indicate that we were with them. Then he looked at our IDs and said we were too young to go inside because we were not 21. We explained that the whole group was the same age group.

No luck. We lingered for a while and we saw a group of young white girls walk in, who looked our age, if not younger, without their IDs being checked. We pleaded with the other bouncer. He checked our IDs and then said, “sorry no trainers tonight guys.” No matter what we said, there was an alternative reason that we couldn’t enter. I didn’t understand why at first until *Mo got upset about the bouncer being racist. Then we went over to the neighbouring pub where there was a black bouncer outside and shared our story. (Lords knows why we still wanted to go in at that point). The black bouncer came over to the previous club, spoke to the bouncers and only then were we let inside. The rest of the night I thought about what caused that event. Was it the bouncers’ own prejudice or were they just carrying out instructions sent from management? It made me realise that there are forces in this country that will overtly, or covertly find ways to prevent me from doing what I’d like to do. Also that I would have a choice, to fight and find some way of getting in, or not go in at all.

9# Who are your influences when it comes to your art?

I try to watch films for entertainment and not necessarily for inspiration per se. For me, filmmaking is just another form of storytelling, so I tend to look at other art forms for inspiration in terms of how they construct narratives or elicit emotions. I try to read a lot, listen to any and every type of music that evokes some kind of emotion in me. Also, I try to go to performance events like poetry, dance, music, etc. to be inspired or just amazed by the talented people out there who are doing great work.

Hopefully Dreaming Whilst Black Season 2 on a major Television broadcaster or Online platform. I’ll continue writing a feature film that I started before Dreaming Whilst Black that is set in Jamaica. It explores the struggles a working-class family goes through in order to get their children into a Preparatory School because they feel that their child is becoming lost in the overpopulated and inadequately resourced Primary School system. Beyond that, I will be co-producing various features that my team and I are trying to get off the ground including A’Carrinha, set in Portugal which we have already secured funding for.

Watch episode 1 of Dreaming Whilst Black below, and the rest of the series via 4Quarter Films YouTube Channel