With a great line up of acts, Latitude  has booked a host of diverse comedic talent. One of those comedians, is the up and coming Darren Harriott who has appeared on Russell Howard’s Stand Up Central, supporting Jimmy Carr. He also supported Funmbi Omotayo on his national tour. He’s performed at the Edinburgh Festival 2016, as part of the prestigious Pleasance Reserve, where he featured on the comedy show, BBC Radio 4 Extra Stands Up.

#TBB10 spoke to Darren to talk all things festival and comedy…

I’m from a tiny place called Brandhall in Oldbury in Birmingham B68 massive! My grandparents are from Jamaica but my parents and myself were born here.

In school, always make friends laugh and being the entertaining fat guy with braces for the ladies trying to “lol” my way into making them think I was attractive (it never worked).

Just enough fans for a tour, and to feel like I’m truly being me on stage; as honest as I can be, then I will be happy. I think the bigger you get, the more responsibility you have, it can impact your material and who you really wanna be as you get scared of losing what you have, based on your honesty. I don’t want that, so if I stay true to myself always – I will be happy. But yeah wouldn’t mind my own show. 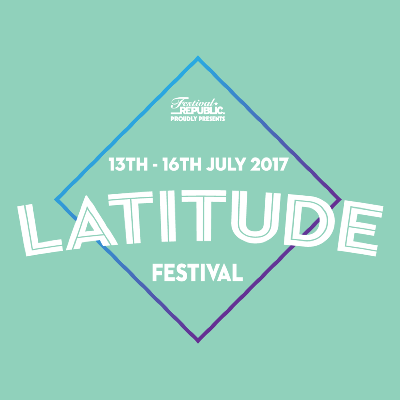 5# What’s your journey been like as a Black British male comedian – Are there expectations of what type of jokes you tell how do you keep your material fresh and not bow to expectations ?

I always feel pressure when I see other black British comics do TV shows, especially stand up – live at the Apollo etc. as I just think “do it for us”.  I believe black people are judged by what a person does, so I think, if he does a good job then everyone will think black comedians are good and deserve more opportunities. But in terms of myself, I never really did much gigs on the black circuit a few when I started and that was really it. I always think, what do they wanna hear? What do they not expect to hear? I always go with the latter. I get a real thrill out of destroying people’s expectations… just ask my mum.

I used to work as a security guard and I have worked security at most festivals over the last 8 years except Latitude so I know what to expect, and how things are. It will be my first time performing at one [and] I’m looking forward to it; it’s always nice swearing outdoors isn’t it?

A lot of energy mixed with intensity.

8# How do you control the nerves; Are hecklers a real issue; how do you deal with a lukewarm to unresponsive crowd?

I don’t really get nervous any more; more excited for this room of strangers to hear what I have to say and either get on board with me or not. I’m ok with unresponsive crowds it’s nice to yell at them “this is gold!” I know my goal in comedy is beyond whatever this gig is. Some comedians can take it to heart but my heart is usually icy, so it’s all good.

I’m not much of an explorer. I’m very much a couple drinks backstage talk crap with the other acts kinda guy.

Clean my trainers and ears.