#TBB10 With Dorcas Sebuyange, Taking a Break From Her R.E Trip

Dorcas Sebuyange from Liverpool is making her professional acting debut in the national tour of, I told my Mum I was going on an R.E. trip… a new verbatim play about abortion.

1# Tell us what this project is about:

It’s a play about people’s attitudes to abortion. Julia Samuels, the writer and director, recorded interviews with over 50 young women, parents, health professionals, and campaigners from both sides of the abortion debate to form the script. One of the interviews gave inspiration for the title of the play, I told my Mum I was going on an R.E. trip… and I needed to be at Piccadilly Bus Station for seven o’clock in the morning, in order to get to the clinic by half-past eight…”  The play aims to get people talking about something one in three UK women will go through but is still taboo. We actors wear MP3 players onstage and have clips from the interviews played directly into our ears and repeat their words verbatim.

2# What attracted you to the role and tell us a bit about your character?

There wasn’t a formal casting process as the script and characters were still in development when the show was cast. I’d seen the verbatim technique being used before and had participated in a couple of workshops in using recorded delivery, so I was interested in being involved. I play more than one character in the show but my main character is ‘Cousin’ a young woman from Zimbabwe who explores her experience of abortion through music and poetry, both of which are close to my heart as I am a singer-songwriter.

3# In 2017 there should be less stigma around abortion and pregnancy. What was it like researching the topic and deciding how you would portray your character’s situation?

The research process for the project was interesting, it made me think, and challenged my opinion, opening my eyes to the different legislation, resources and public opinion around the subject. For Cousin’s character especially, learning what it’s like in the developing world, it helped me connect with how she would be feeling given the fact the stigma is more intense where she’s from. Abortion has to remain more secretive and therefore can be more dangerous.

4# The director Julia, said “The young people we work with in Liverpool have been crucial in all stages of developing this show. We started out discussing abortion and pregnancy in drama workshops.” Can you tell us what those workshops were like, and how did you all tackle the subject in a way to get you comfortable for the stage?

The first time the topic was brought to us was at a Dinner and Debate session, where the members of 20SH come together to eat and debate! It was interesting to hear everyone’s really differing opinions. One of our members told her abortion story and we all respected her even if people had those different opinions. It was a really safe space for us to talk openly and honestly.

We then worked with the verbatim techniques in workshops, practising using recorded delivery with different topics. It was through these workshops that we started getting ready to perform I told my Mum…. so the technique was almost second nature before we started working with the actual script. What kept things comfortable was that it was really relaxed and conversational, so when we did start working with the actual material we only had to deal with just the individual characters and their stories. 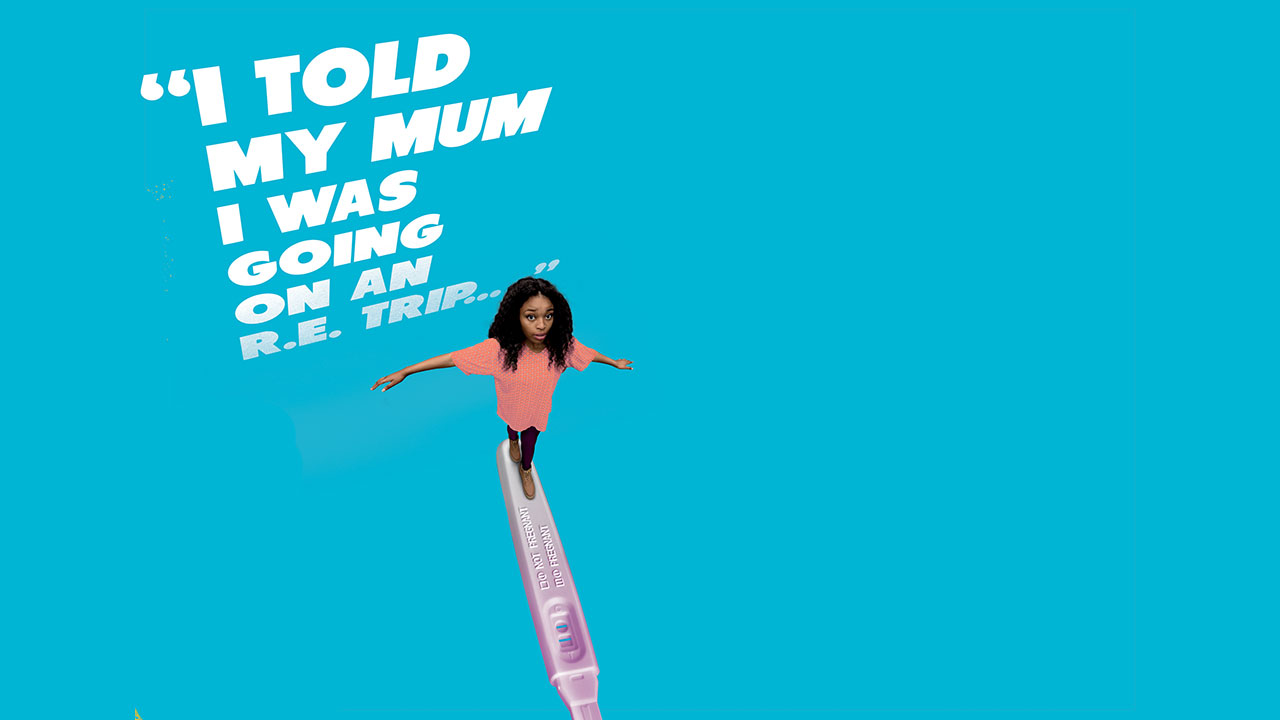 5# What is the most important message you want the audience to take from this production?

It’s a message beyond the subject, it’s about keeping the conversation going, stop keeping opinions hidden. It’s like Trump or Brexit, people are on one side or the other but won’t have the conversation with someone from the other side. It’s not necessarily about changing someone’s mind – though you might, it’s about having an honest and open debate. We all need to respect that we don’t all think the same.

6# This will be your debut theatre stage performance, what are you most excited and nervous about?

It’s my debut as a professional actor, but I’ve done loads of shows in the past with 20 Stories High and as a solo artist. But it’s really exciting to go out on tour and work with audiences in different places, and it’s really exciting to be experiencing this stage of my career with my theatrical family. It’s Emma’s first professional tour too, so we’re kind of being rookies together. The one thing I’ve been a bit nervous about is the public speaking side of the job and doing interviews like this.

7# You have a background in performing though you’ve performed with some well-known musicians. Tell us a bit about your journey as a creative and how you worked with the likes of Akala, Lady Leshurr, Cherri V etc.

I started as a poet, then musician with a company called Writing on the Wall in Liverpool and they trained me in those two skills and booked us as support acts to Bashy, Lowkey, and Akala, and then through them I got to support Lady Leshurr, and Cherri V, and others at Liverpool Sound City – a cool international music festival. Since then I’ve done lots of other stuff including appearing as a singer in a live art piece for the Liverpool Biennial 2016 – a big international art event, which was a unique and wonderful site-specific piece. I was a member of an award-winning street dance team just last year but in the future, I’m going to be working more with Brouhaha – an international festival and carnival organisation as a poet as well as launching my first music album.

8# Your background is Congolese, you live in Liverpool… interesting mix of cultures. Which has more influence on who you are?

They both do. I came to Liverpool when I was really quite young so I don’t remember Congo. The only Congolese reference I have is my family, and the rest is Liverpool. The way I’ve been brought up, the morals, principles etc. is what makes me Congolese. I can’t forget who I am or where I’m from as I’ve grown up listening to Congolese music, eating Congolese food, hearing the Congolese language… But so is Liverpool. I’ve lived here most of my life here. I consider myself to be a Scouser.

9# You have a range of skills – writer, actress, poet, dancer – which do you find easiest to execute; do you see yourself narrowing down and focusing on a particular area?

Acting is my favourite. I don’t know if it’s the easiest though. I don’t think I’ll ever focus on just one area, I hate the thought of not utilising all of my skills but I do try to manage things so that I’m not doing too much at the same time, so I’ll complete one type of project and then move on to a different type if I can.

The next thing to look forward to is working with Brouhaha in Belgium soon. I’m really excited to immerse myself into the world of poetry again. I’m always up to something new so you can find out more at www.dorcasseb.moonfruit.com

I told my Mum I was going on an R.E. trip, is on national tour until 10th March 2017 Go to the 20 Stories High website to find out tour dates, venues and book tickets.