Greg Francis is a film director and content maker originating from South East London. Deciding at a young age that he to become a film director he went on to educate himself and then worked as a runner/researcher for some of the biggest production companies in the country such as Working Title (“Atonement”, “Frost/Nixon”, “Bridget Jones Diary”) and Ridley Scott Associates (“American Gangster”, “Alien”, “Gladiator”) to name a few.

With the opportunity to learn the mechanics of the industry at the highest level Greg eventually purchased his own camera and kick started his directorial career by shooting zero budget videos for up and coming artists around London then going on to work in collaboration with acts including Little Mix, Dizzee Rascal, Skepta and Lethal Bizzle.

My name is Greg Francis. I’ve predominantly grown up in South East London area. With a healthy injection of both English & Jamaican culture which has influenced me heavily.

Since August, 2006 where I shot a video for a collective of up and coming rappers from Ladbroke Grove. Which was a great experience; I learnt a lot from it.

3# Was filmmaking always a part of your master life plan or has your path taken a different turn?

Film has always been a part of my life. I often watched Kung Fu, and 80s action movies with my dad from around four or five years old. It was after watching a copy of Tim Burton’s first Batman movie at 8; it had such a profound affect upon me, I knew from that moment that directing is what I wanted to do for the rest of my life.

4# Can you remember the first piece of visual art that impacted you?

The scene in Breakdance (Breakin‘ 1984), where the character Turbo starts dancing with some average broomstick and his vibe and dance moves cause it to begin moving in sync with him. This was the mid-eighties and breakdancing/Hip Hop was the new street culture taking over inner cities across the globe. I spent a lot of time around my older cousins during this period and they used to absolutely batter this film. To a toddler seeing this man doing this, blew my little mind. It’s funny watching it back now though, as you can clearly see the string holding up the broom, glistening away in the set lights.

5# Tell about us this latest project?

My latest project that I’m working on is a short documentary series called Self-Expression. 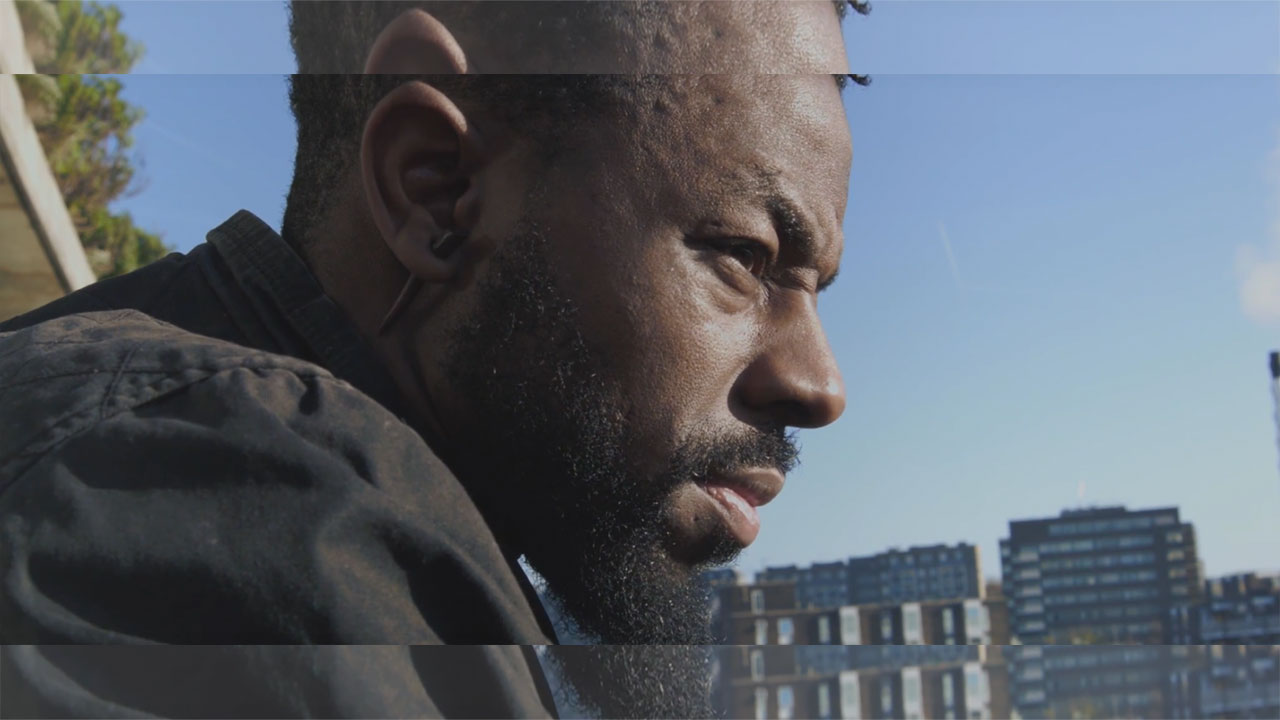 6# Why the title Self Expression?

I turn a spotlight upon being a creative and the personal expression of their chosen art form. Delving a little deeper into the individual’s background and how they became involved in their chosen art.

Even though being an individual and speaking your truth seems to be the ‘in thing’? I feel that a lot of people are hesitant to fully express themselves. We are living in the ‘information age’. Over saturated with it even. A mixture of both ‘good’ and ‘bad’ information. It’s not easy to be an individual. It takes willpower and a great understanding of who you are. There seems to be so much pressure, in particular on the younger generation, to portray an artificial image of yourself to just be ‘accepted’ by complete strangers.

We’re living in the ‘Instagram generation’. Where the vast majority wish to put a ‘superstar filter’ over their real lives. It’s far easier choose to follow the crowd than to do your own thing unfortunately. Personally, I couldn’t think of anything worse… How else do you expect to be noticed unless you do something different from the majority? Blending in is bland. You don’t have to be an eccentric to be different.

8# What makes your project so important, why is it necessary?

I know that I’m not the only one sick and tired of seeing predominately negative imagery and stereotypes of black culture force-fed to us by the mass media. I find it both nauseating and frustrating as the same stories keep getting regurgitated over and over again. Yes – these things happen (crime related). But they happen in all racial communities. So where’s the balance? I’m not even arrogant enough to think that this series that I have created will change the whole world. But I just wanted to show an alternative side at least. But with that said, this isn’t just about race. I wanted to make my focal point be about a great dancer – who just happens to be black. Captured in a cinematic fashion. Telling the viewers about his journey into creative expression. To which they’ll hopefully find both stimulating and inspiring.

Next, I’ll be preparing to shoot the next episode in June. I’m currently pitching on a couple of music videos. Filming a couple of sports related content/documentary videos. Rewriting my short film and I’m attached to a feature film project which I am very excited about. I’m just trying to keep as busy as possible really. As I get restless a bit too easily.

I’d say that I’m 100% when I’m on set directing. I don’t really find anything more satisfying than seeing my crazy ideas literally manifesting these right before my eyes. I love it! Especially as it’s something that I’ve wanted to do since a child. Other than that, get me on a dance floor with some jungle, garage or reggae bass lines resonating around me, with my friends all having a little skank out and I’m in my element. With the biggest grin on my face.

Keep up to date with Greg Francis via: Twitter

Breath – Self Expression. Episode I from Greg Francis on Vimeo.

Mirror Mirror A Short Film from Greg Francis on Vimeo.