Charlie Sloth recently premiered Reggie N Bollie’s new track, This Is The Life on 1Xtra. After keeping listeners in suspense it was revealed that the unlikely Ghanian duo Reggie N Bollie were behind the head-turning, energetic anthem, that hears them fusing an eclectic blend of Dancehall and Afrobeats.

Since making it to the finals of the 2015 amassed an impressive online following that is reflected in their Spotify streams of over 8 million and YouTube views of over 5 million on their previous release New Girl.

Self-released on their newly launched label F.R.O.D Music, Reggie N Bollie stand in good form to carve out their musical journey and make their imprint on the current music landscape that not only welcomes independent music, but also the honest and genuine qualities that their new music possess.

#TBB10 spoke to the duo to find out more…

1# Since your journey on X-Factor what has life been like?

It has been amazing so far. Definitely an all round life changing experience. Our lives have never been the same since the show ended and it feels amazing to be able to wake up every single day doing what we love.

2# Have there been any surprises, positive or negative about being in the spotlight and the music business in general?

Being in the spotlight comes with its own challenges, but we have taken everything in our strides. All in all it has been very positive especially the amount of opportunities we’ve had, thanks to the exposure.

3# Your music could be described as pop-lite Afrobeat which brings the culture and sound to a mainstream audience. Do you face any criticism from your music peers or has everyone been supportive and embracing of your sound?

We’ve had the majority of people fully supporting us but, as life goes, not everyone will get you and your sound as it is new to some people in the industry. It is up to us to keep pushing our music and vision to the right direction.

4# Tell us about this latest single ‘This is the Life’ how did it come about, what’s it all about?

We went to the studio and we wanted to write a more personal and uplifting song. We all have dreams and all believe in ourselves but sometimes people around you will not get you and will try to put you down. It is a direct message to our fans to never give up and to keep pushing in life to make thing better for themselves. 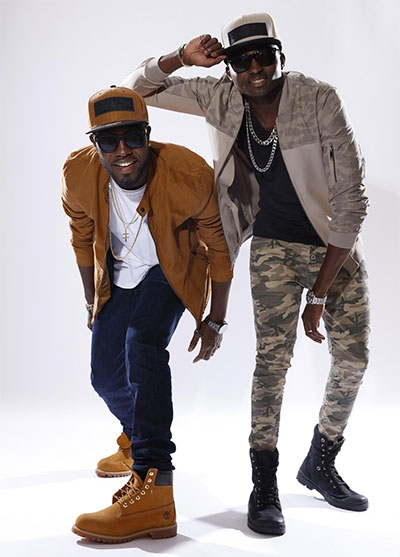 5# This is the Life was played on 1Xtra and the feedback was surprise that it came from Reggie N Bollie, is this part of a plan to change the perception of who you are and the music you want to put out into the world?

We were really happy to get those positive feedback from the 1Xtra premiere. It is not necessarily a plan to change the perception, but the reason why you can hear the sudden change in direction, compared to our previous music, is that we have finally been able to release a song that is fully us and represents who we are.

6# Groups and duos often find it hard to work together for the long run, how do you guys make it work?
We work very well together because we respect each other’s views and opinions. We are very close friends as well and that plays a major role in working efficiently together.

7# How do you resolve any conflicts if they arise?

We don’t really have conflicts. We debate on things we need to do but never in a confrontational way.

8# What are the one best and one worst characteristics of each other?

That’s a tricky one. Best characteristics can also become the worsts at times and we would say Reggie is a very driven person and Bollie is a forward thinker.

9# What’s next for you?
Next on the list is the release of our album. We are at the final stages and it should be out by this summer. After that, hopefully we will embark on our own tour.

A massive thank you to Cheryl for believing in us, to Simon for giving us an amazing opportunity and to our families and fans for supporting us throughout the journey.

Reggie N Bollie’s, This Is The Life is out now via:
iTunes | Spotify