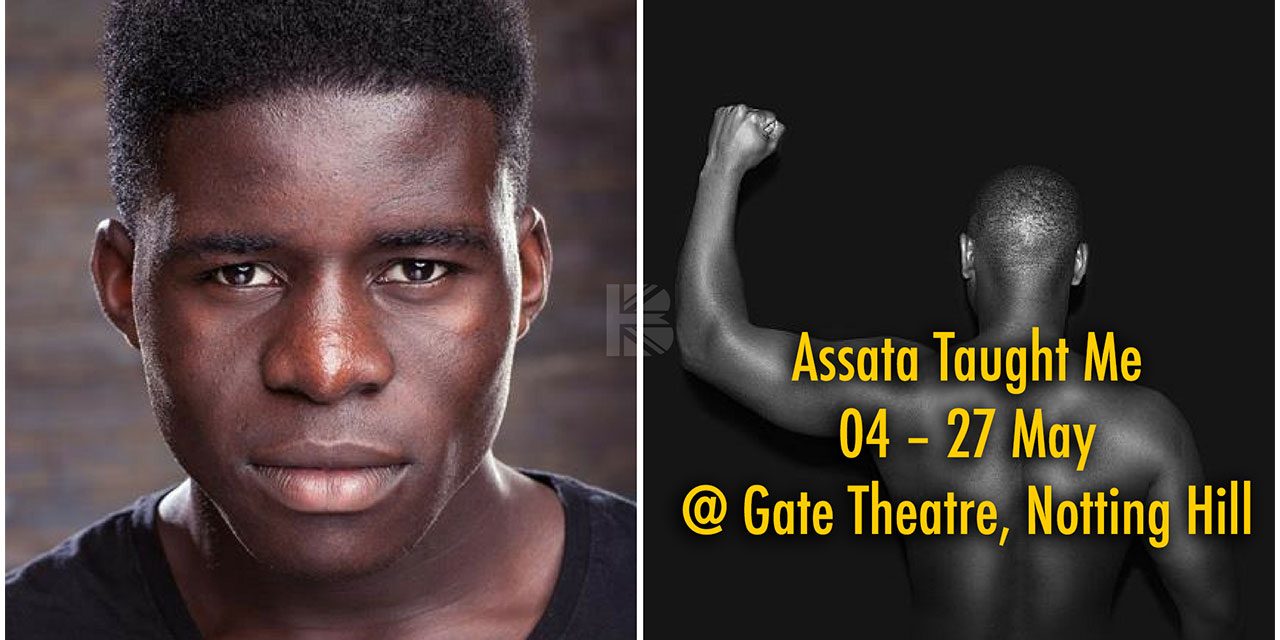 Gate Theatre, Notting Hill will stage the world première production of Assata Taught Me, the debut play by Kalungi Ssebandeke. Associate Director of the Gate Lynette Linton directs Adjoa Andoh as Assata and Kenneth Omole as Fanuco in the production which opens on 8 May.

Assata Taught Me tells the story of an imagined friendship between Assata Shakur, former Black Panther and the FBI’s most wanted woman, and her pupil in Cuba. Fanuco’s taking English lessons from the only American he knows. The thing is, she’s the FBI’s most wanted woman and he’s a Cuban teenager desperate to live the American Dream. When will he realise his mentor is a former Black Panther, a convicted felon and the bounty on her head has just been upped to two million dollars?

The world première of Ssebandeke’s gripping and tense play explores black struggle across generations and genders. This is Kalungi Ssebandeke’s first full length play.  He has previously appeared as an actor at the Gate in Image of an Unknown Young Woman. His short plays include View of Her Own Beauty, My Darling Wife, The Star and Raceless.

Kenneth Omole plays Fanuco.  He recently graduated from Rose Bruford College and this marks his professional stage debut. #TBB10 caught up with him to find out more:

1# Introduce yourself tell us a bit about your background?

I am Kenneth Omole, an actor of Nigerian descent. I was born in North London, and grew up in East London. I attended Rose Bruford Drama School. I enjoy playing sport, music, and spending time with family and friends

My first real memory of acting was in GCSE drama. I have always enjoyed standing up in front of a group of people, as I like the adrenaline rush it gives me. It’s a bit like when you’re queuing up for a rollercoaster ride, you’re dreading it because you think you might fall off, but then you don’t and end up having the best time ever; making you just want to do it again!

3# What was the first production that you were involved in that validated your choice to get into acting?

The first production I was involved in was at secondary school, which was a devised piece called Oscar Mike. I remember mucking around in rehearsal as I just wanted the bell to ring for lunch so I could play football with my mates. However, my teacher had seen a rehearsed scene from the piece, took me to the side and said, “I don’t know if you know this but you are really good, have you considered doing this as a career?” That was the first time I stopped to think that I enjoyed acting. I didn’t see it as work. At this point it wasn’t publicly “cool” to act as I was the only black boy who went on to take Drama at A-Level in my Sixth Form. To others, being an actor was not a realistic ambition as there were no mainstream British black actors around.

4# Tell about us about Assata Taught Me…

Assata Taught Me is a production written by the up and coming writer Kalungi Ssebandeke about the revolutionary Assata Shakur, who is in the top 5 Americas most wanted terrorists. Assata currently resides in Cuba, where she fled to after breaking out of prison in the 1980’s. This play is based on her fictional encounter with my character an idealistic young student named Fanuco Maceo. Come and watch the show to see how the relationship between the two unfolds! 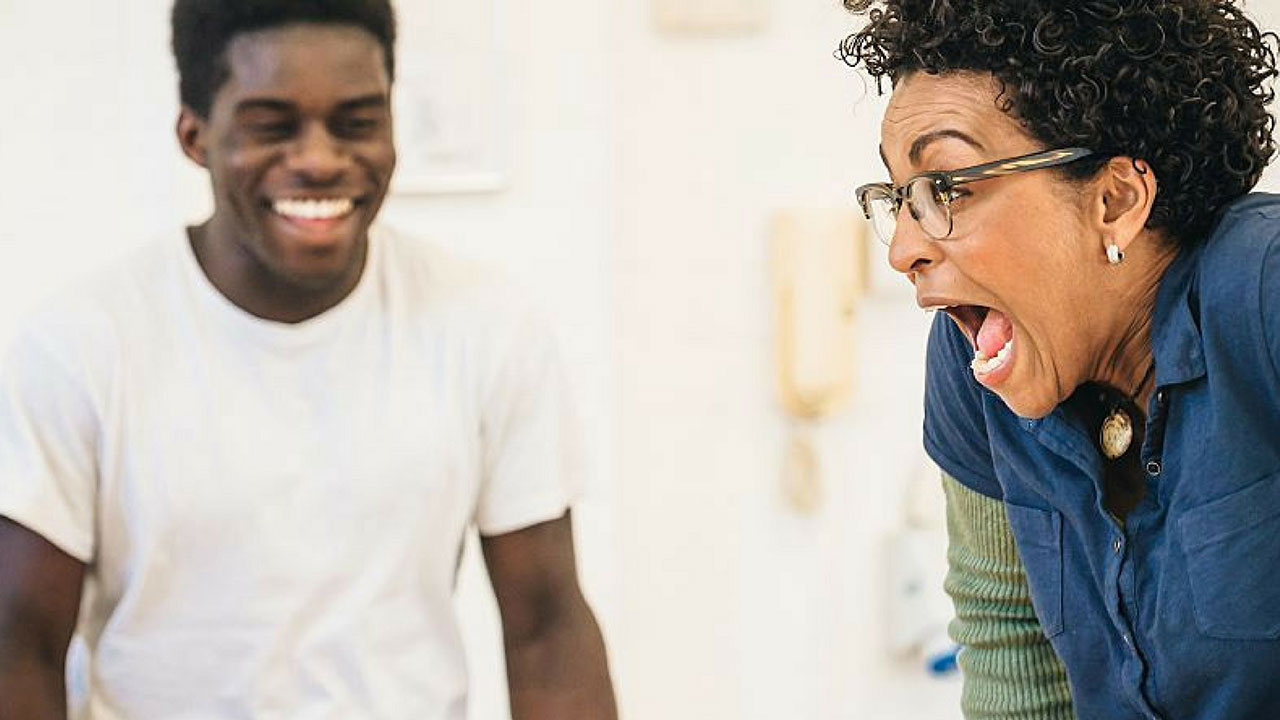 5# What was it about this play that made you say yes to being a part of it?

The relationship development between the two characters and how it unfolds really stood out and the message that the play gives off about capitalism and our history attracted me. The opportunity to work with Lynette Linton was also something I could not turn down. I knew her vision for the play would make it an unforgettable experience. Furthermore, working in a two hander with Adjoa Andoh is not something that happens every day!

6# Tell us a bit about your character?

Fanuco Maceo is a young, energetic, and inquisitive young man, stuck between two worlds. He wants to be rich, and move to Miami as he perceives America to be a place of dreams. Cuba is a place of poverty, but it is his home and all that he knows. Fanuco is a character that audience members can relate to. “Cuba has my heart, but she doesn’t know how to love us”, says Fanuco.

7# How did you develop your character’s personality and what has it been like working with the legendary actress Adjoa Andoh?

I was able to develop the character through both research and imagination, coming up with a solid foundation of personal experiences/facts that happened before the play is set. This foundation shapes how the character is portrayed; at home he is deprived of expression and is loaded with expectation. With Assata, you see a Fanuco who is comfortable, expressive, and free.

Working with Adjoa has been a great experience and a privilege. It is something I will never forget. I come in everyday and learn from such an experienced yet down to earth individual. Another thing that strikes me about Adjoa is how free she is on and off stage. As a person, she doesn’t fear anything, except God, which is inspirational and something I have taken on board.

8# Was there anything about Assata Shakur her history and The Black Panthers that you learned upon doing this play?

I have learnt a lot about things I didn’t know before; how bad the media portrayed the Black Panther party even though they stood for a powerful and legitimate cause. Also, how this movement was bigger than just colour but also about how the system is run. This is why the party was not allowed to thrive. I have also learnt about the greed of man, as highlighted by the actions of Huey P. Newton once he came out of jail. However, I would say the biggest lesson I have learnt is how uneducated our generation is about our history. The mere fact that none of this is taught in school is a shame – the best we get is the “I have a dream” speech – which shows just how far we really have to go.

9# What will audiences take away from this production?

The audience will take away a few things from this production, such as which category they fit into in society – capitalist or being a revolutionary, fighting for what is right. Also, they will have greater understanding of some of the history they were deprived of in mainstream education. Most importantly I hope they will go away seeking to find out more about Assata Shakur and her story.

10# If you could spend an hour learning from someone you are inspired by who would that be and why?

Sidney Poitier, because he was an actor who played a massive part in advancing the cause for Civil Rights (along with Marlon Brando). He defied all the odds, showing fearlessness in the face of obstacles. A black actor who was at his peak when being black was almost a crime, he paved the way for a whole generation of black actors.

Assata Taught Me runs at the Gate Theatre, Notting Hill from 8th May until 27 May 2017. Find out more and book tickets here. 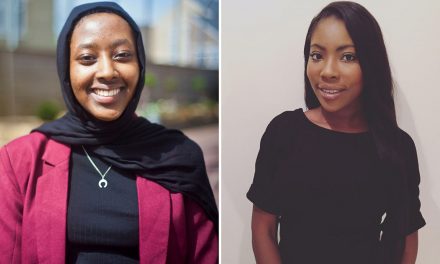 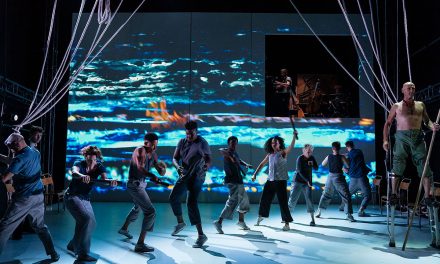 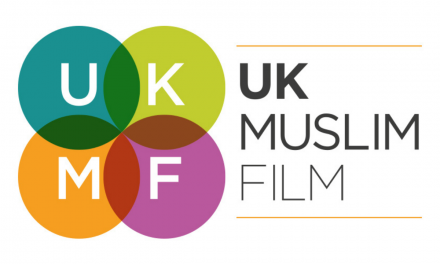 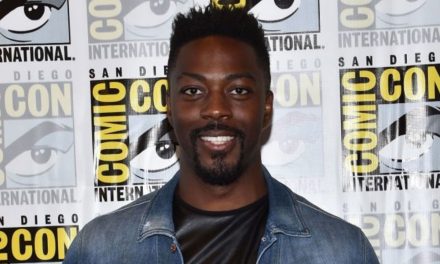