I’ve been a fan of Mica Paris ever since her soul-pop classic One Temptation dropped in 1988.

Back then, being a young black girl from London, whenever someone who looked like me was on our screens I was enthralled. The music industry at the time was sparse of people of homegrown colour. Mica Paris emerged during the late 80s with her soulful husky tone, tall, elegant and dark-skinned, I was sold.

Fast forward to 2018 and the soul singing legend, turned Author (Beautiful Within: Finding Happiness and Confidence in Your Own Skin, 2008),  TV and radio presenter (Soul Solutions, Radio 2, 2002, What Not to Wear, 2007) is about to embark on a UK tour, with her take on Jazz legend, Ella Fitzgerald’s classic songs.

It’s amazing, there’s a lot going on. I’m finishing my second book [it’s] about women in music, why we have it so hard. I’m back on Radio 2 which is exciting. I haven’t been on Radio 2 for two years, since my show Soul Solutions. Then I’m doing my new album of Ella Fitzgerald songs – Mica sings Ella with the Guy Barker Orchestra, I’ll be doing that the end of the month and that comes out in the summer. Then I’ve got the tour in February.

2# For the younger audience how would you introduce yourself?

I’m a singer first and foremost. I’ve been around 30 years this year, I’ve released 7 albums. I’ve done lots of things. radio, then I had a show on BBC What Not to Wear took over from Trinny and Susannah, did that for two years. Then I’ve done quite a few documentaries for the BBC. So you’ll see me pop up doing the odd things. It’s lovely having all these strings to my bow, it wasn’t something I planned but I’m not mad about it

3# When you look back on your career is there anything you’d have done differently?

Not really. Maybe, I had a very big career in America and lived in America about three times. But I kept coming back to England because of my children. I didn’t want my children to be raised there. I’m British I was born and raised here.

… There’s a special culture here, being British and Black …

There really is and you really appreciate it when you travel and live abroad. It’s a whole thing…

4# Is there anything available to music artists today that you wish you had during your career – social media, Soundcloud, YouTube?

There’s something really beautiful about the past. I don’t miss the fact that we didn’t have social media. What was nice in my time, was that artists were mysterious. That’s probably one of the most beautiful things that we had, that we’d sit down and wonder what they do. I used to think that about Prince before I met him, wondered what he had for breakfast… That’s the one thing I miss the most. I know far too much about everyone now.

5# Do you feel any pressure to keep up with it all?

I do. I just joined social media. Everyone was roasting me saying I had to get on social media. Instagram is my thing. I prefer it to all of them because it’s live and instant. It’s right there. I’m not very good at it but I’m learning. What worries me is that it can get a bit narcissistic. Sometimes I get a bit nervous about it being too much about me. But I take the piss out of myself, put up pictures of me rolling my eyes, ‘not another pic of Mica again’.

… you look damn good though, can’t be hard to find good pics to share…

I’m in that gym. You’ve got to do a good six days on the treadmill. I burn 300 calories in 29 minutes. Get it out of the way in the morning. It’s all about the running machine.

6# One of the inspirations behind The British Blacklist was the need to keep an archive of British Black talent. There’s not much commemorating British Black musicians, actors and creative artists over here, do you feel there’s a lack of respect or honouring of you and your peers?

I’ve known Lenny Henry for as long as my career. He’s had me on every single TV show he’s had, not just me, but many black artists. He’s been a fantastic supporter of black talent. We had a dinner recently, Lenny, Ian Wright, David Grant, Omar and I was saying that we need to create a hall of fame. I’ve been saying this for a very long time. It’s super important for the children coming up. They need to know how it all began here. In America it’s normal, they have the hall of fame, they honour past artists. The kids in the UK today have no idea bout Loose Ends, Imagination, Young Disciples, Soul II Soul, The Real Thing, Errol Brown, so many people who brought us here today, no one knows about them. We need to do a ceremony so bad.

When I’m over in America, they talk about how we inspired them. Jill Scott, Mary J, they say they were inspired by us. When I’m in the states, I can make a phone call and see anyone. Black American artists support each other. But over here it’s different. Artists over here, have white managers who don’t encourage them to be black. They tried to do it to me. When I wrote I Shoulda Known Better (1990), the record company rejected it because it was too ‘urban’. I called Omar and asked him to remix it, he did it, and people went nuts over it because he had his tune out, [There’s Nothing Like This]. It was a strategic move.

In this country you’re not celebrated for being very black, you’re celebrated if you’re white black. The only hope I can see is Grime, Grime looks like it’s being accepted for being black-black which is great. If you look at black artists before Grime, they’ve all had to appeal to the white audience, they’ve had to water it down a little bit. Jamelia, Alexandra Burke, even me! When I came out with One Temptation, it was like I was a white black girl, which is why I released all those B-sides like Shoulda Known Better, Care Free …

… erm, One Temptation and Like Dreamers Do were my favourite Mica Paris songs …

It’s not that I didn’t like them, they’re great. I was raised in South London. I was born in Islington, we left when I was 9 and we moved to Lewisham. When I made my first album, So Good (1988), everyone said it was so white. I said it’s not just a white record, it’s universal it can go abroad. I didn’t want to limit my audience. So I did all those B-sides to black it up a bit.

… but I remember there was a moment that British Blackness was okay, we had a movement over here Soul II Soul, Omar etc.?

People over the years have associated me with that movement but I came out in ’88, Soul II Soul didn’t come out till the 90s. I was living in New York, and touring the states with Ashford and Simpson when I discovered Soul II Soul. When I came out there was Princess, Sade, and Jackie Graham. That’s all we had. When I got signed in ’87 the first thing I said to my record company was that I want to be an artist that the Americans look at and say wow! Because I felt we had no representation that could go to America. The only person traveling at that time was Sade. Not to take away from Sade, but Sade didn’t have that church voice, that vocal thing that the Americans have. This was my thing, I wanted to show the Americans that we Brits had it as well. I came from the church; when I was growing up in Lewisham listening to the Hawkins family, those were my mentors. I studied the Americans when I was growing up. I could only do those riffs because I was listening to them.

7# How did you discover Ella Fitzgerald, which Ella song most resonates with you and what is it about Jazz? 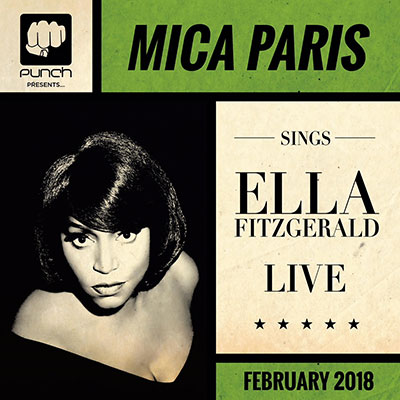 My father. My grandparents raised me, my grandfather was a minister of the church so all we listened to was gospel. My father and mother would pick us up at weekends, you know Jamaican families, parents worked and grandparents raised you. My dad would pick us up at the weekend and he introduced me to Miles Davis and Ella Fitzgerald. Ella was particularly interesting to me because I saw her in a Memorex advert when I was 8 and in those days we didn’t have black faces on TV. She sang a note and the glass broke, that was the advert. I saw that and I said to my dad who was that? Dad said she was the Queen of Scat, then I started to get into her. I was also listening to Prince in secret. All that stuff was underneath the bed because I wasn’t allowed to have it. I always tell people that Jazz is a completely different medium you have to be completely honest to sing Jazz. You’re very exposed with Jazz. It’s all about timing. Your timing has to be impeccable. My favourite Ella song is, You’re My Thrill.

8# You worked with Prince, can you even put into words what that experience was like?

It was insane. Imagine I was listening to him from the time I was 15, at 18 I went to a private concert in Camden and he called me out to sing. To this day I don’t know how he knew who I was. Then his people came and took me backstage, he took my number and he stayed in touch. Then every time he’d fly over I’d go and meet him. He’d call me at 2 am and say ‘I’m here come see me’. In 1990 I flew to Minneapolis and he wrote my song If I Love U 2 Nite. Then we were managed by the same guy, Alan Edwards.

9# What was the most inspirational thing you got from being around Prince?

He didn’t give a shit. That’s probably why we got on. I don’t give a shit, I do this because I love the music. He just didn’t care. He didn’t care about money, he just cared about music. He’d tell me, ‘come on Mica we’re going to the studio’, it would be 5 am, and we’d be recording at 5 in the bloody morning, the man was nuts. I loved the fact he always knew where I was. Twice this happened. I was in LA and he called me. I don’t know how he knew where I was staying. He’d phone at 7 in the morning, and before I got the chance to ask how he knew where I was, I was like, ‘OK, I’ll be over there in an hour’. Then we’d go out clubbing, I’d always bring my sister because I started to get nervous because I was only 19 and I didn’t know why he always called me. But literally, I just think he liked having me around because I did all the talking.

10#  What do you want the audience to take away from the Mica Paris Sings Ella Fitzgerald tour?

Proper music. We don’t mess around. The set is insane. It’s a different take on Ella and Jazz. If you come and see a Mica Paris show we tear the place down. Just wear good shoes.