After gaining initial experience filming and editing music videos, going on to direct and co-produced the well received web series, 4Play. It was only after getting pregnant that Adams, put faith in her writing and decided to bring to life her new web series, Growin’ Pains.

#TBB10 caught up with her to find out more…

My name is Natasha Adams I grew up in Stratford in East London.

2# How long have you been a director / writer?

I have been directing seriously for the last 18 months. I have always been creative and have dabbled in DJing, radio production and filming but never took it seriously as I never had the resources to develop any of my ideas.

3# Who or what inspired you to get into the creative arts industry?

It was Noel Clarke who inspired me to start telling the story of those in my community. Kidulthood and the sequels that followed showed me that someone from a similar background as me can produce content that can be seen on a larger scale.

#4 What was the first screen content you made, what did it mean to you, and how was it received – are you still proud of it?

I have filmed and edited a handful of music videos but the first big project I directed and co-produced was a web series called 4Play. It was well received and continues to gain a lot of views of which, I am proud to say I was a part of that project.

I have been writing in secret for a few years but I have finally found the confidence to put my own production together in March when I found out I was pregnant. Growin’ Pains is a web series based on two friends who have recently moved into a house together and think all of their problems will be solved. Reality soon hits when bills start coming in and they have to balance uni, unemployment, relationships, family issues etc. 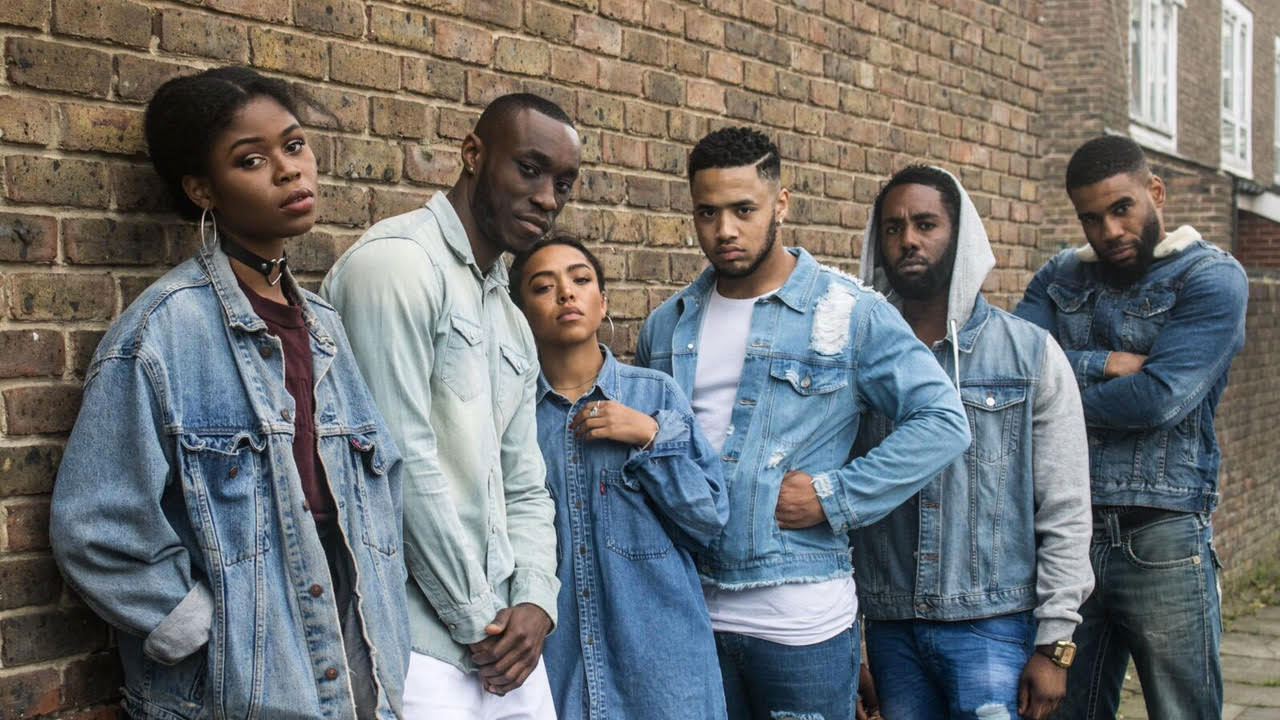 #6 What makes Growin’ Pains stand out from other web series?

The story is based on various characters in my life (some slightly exaggerated). My aim is to ensure Growin’ Pains explores a variety of current issues that effect the younger generation of today. I feel like UK based series’ always focus on a male’s perspective and often lead with guns, drugs and gangs and I want to show another side.

7# How did you find your cast – did you know exactly who you were looking for or did they find you?

My search for cast members was easy, I placed an advert online and posted it on all my social media. I auditioned over 70 people, but the chosen few were able to see my vision and bring it to life. I met a lot of characters that day and even found a few [actors] who I created characters for because I believed they had something to add to the team.

#8 Regarding budget, how did you manage to fund this project and was the most difficult hurdle to overcome when getting this project to completion?

This project is 100% self funded. I use my own cameras, lights, mic etc. Being self funded has been difficult particularly from an audio prospective however I think the audience will see through the lack of budget and really enjoy the storylines. The biggest obstacle so far has to be working around my full time job while being pregnant.

My aim is to produce 10 episodes and then start pre-production on season two. It’s important to show the audience the characters have longevity.

I would like to thank everyone who has helped me from the beginning in the audition process up until now. I would like to thank my partner Jahsie for his constant support and patience. My co-producerd Filip and Charlie who have helped me develop storylines. My marketing team, Rita and Miles who have spent countless hours ensuring our brand is getting seen far and wide and finally my cast for their continued hard work.

Keep up to date with Growin’ Pains