A Lesson Learnt is an online web series that follows the journey of individuals lives showcasing some of the bad things we do without realising the consequences by our present actions. Originally created by Priscilla Owusu who wrote & produced it with Wondervisionfilms the production company owned by director Danny Wonders.

After a successful first run, A Lesson Learnt is set to return for a second series. #TBB10 caught up with Priscilla to find out more:

1# Tell us a bit about yourself?

2# How did you get into production and making visual content?

With regards to production and creating visual content, I spent a lot time shadowing my older brother Danny who has been directing, filming and editing for a while. Because of this, it meant that I could sit with him and watch him import raw footage and see how he would transform it from inception until completion. I found this very interesting and decided that I too wanted to create something of my own. From this, my very first web-series A Lesson Learnt was birthed.

3# Who or what inspired you to get into the industry?

I would not really say that anyone in particular inspired me. However, I remember watching a web series called, Spin which I thought was something we needed more of. Shortly after their series ended, I had nothing else to watch and it became apparent that there was a huge shortage of UK web series, especially ones which were inclusive of Black people and minorities. This encouraged me to get into writing as I had a lot of stories to tell which I felt would relate to many people aside from myself.

4# You’re a screenwriter and producer – did you study or learn from hands on experience?

When I was younger, I would write a lot whilst waiting for my favourite TV shows to come on to kill time. As I got to about year 8/9, I was introduced to Wattpad by my friend Leanne, which enabled me to write my own short fiction stories. Now when I look back, I would say writing was always within me I just hadn’t realised it was my purpose yet.

With regards to studying, I have learnt most of what I know now through hands on experience in both screenwriting & producing. I quickly learnt that whilst it is good to know the theory, the practical in the industry that I’m in, is truly what will enable you to hit the ground running in any situation. In saying this, I am looking to take on more writing and producing classes to sharpen my skills as I strongly believe that one can never learn too much. As the saying goes “Always a student, never the master”.

Additionally, producing was also learnt through hands on experience. I jumped straight into the deep end and produced A Lesson Learnt by myself, especially as at the time I was still in college and wasn’t in the financial position to hire and pay an experienced producer. Instead I took it upon myself to teach myself through reading; online videos and other resources while learning on the go, which I’m glad I did because now I’ve been able to transfer those same producing skills for music videos and other short films which some are in post-production. 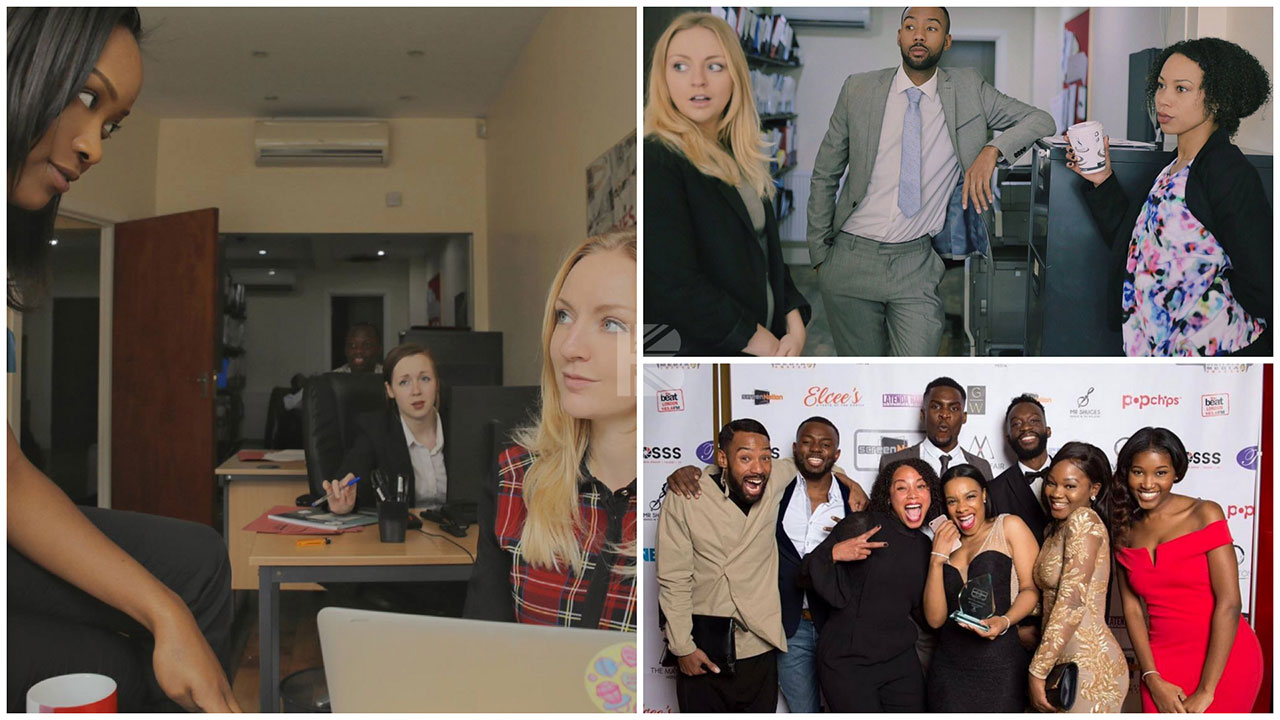 5# Tell us about A Lesson Learnt…

A Lesson Learnt is a web series which follows the lives of different individuals and shares the lessons that can be learnt from life situations when we do bad things both knowingly and unknowingly to affect the people around us.

6# What inspired the concept?

This stemmed from so many different things such as my own imagination, Social Media and my friend’s experiences just to name a few. I wanted to write something that can talk about different topics but in a style of film so it’s entertaining and educating too. At times when I would encounter writer’s block I just prayed to God and the ideas would flow.

7# How did season 1 do with the audience; what ‘lessons learned’ will you be taking into season 2?

I would say Season 1 was extremely well received, in total it gained over 100K views which to some may not seem like a lot but for my first online series I was very happy. Especially as it was launched on an independent YouTube Channel with very few subscribers and the numbers are still growing till this date. In relation to Season 2, you’ll just have to wait and see!

8# What’s the biggest hurdle when pulling together an independent production?

The finance. I did not want to rely on applying, then waiting to hopefully receive funding or setting up a kickstarter campaign. I just wanted to get started as soon as possible. So, we did everything in our power to make ends meet.

9# What did you consider regarding ensuring A Lesson Learnt stood out from other web series?

As the writer I just went with whatever felt right within myself. I just wanted to tell a story and tell it well.

10# What’s the most important lesson you’ve learned in your life?

Be nice to everyone you meet. Do not underestimate anyone or belittle them because you may be in a higher position than them. I truly believe your network is your net worth. Always be humble because you can be at the top today but you will never know where you can end up tomorrow and those same people could be in a position to help you. Spread positivity in everything you do and everywhere you go.

Watch the first season of a A Lesson Learnt is available via WonderVision Films YouTube page. The second series will be available this Summer.