Tolulope Ogunmefun is known all over the world by his online social media name “Don’t Jealous Me”.

Launching his YouTube channel in 2008 which boasts 41 million views, Ogunmefun has been entertaining fans, both young and old, with hilarious comedy sketches and vlogs. However, the YouTube popularity became challenging on a personal level as he was only recognised as Don’t Jealous Me.

After attempts to get into acting and getting repeatedly turned down he decided to take time out. Focusing on his acting paid off lead to him getting a significant role in popular Sky One sitcom Sick Note and the upcoming BBC 3 series, Man Like Mobeen. Now after overcoming those personal challenges, he decided to spread his talents into the writing world.

Inspired by what many parents told him about how he made their children so happy and also by the birth of his own daughter, Ogunmefun decided to write the children’s book The Frog and his Dancing Shoes 40-page picture book about a frog who has a special talent for dancing and entertaining his friends with his dancing shoes.

1# What do you call yourself, comedian, actor or …?

I don’t like putting myself in a box so I will say all of the above. I want to always be pushing myself to do new things.

2# You’re also now an author can you tell us what your new book, the Frog and his Dancing Shoes is about?

The book is about a frog has a special talent for dancing and entertaining his friends with his dancing shoes. One friend is jealous and plans a sneaky trick to take the shoes away from the frog. Through patience and kindness, the frog teaches his friends the importance of recognising and celebrating talents in this cheerful story about sharing, forgiveness, and friendship.

3# Who or what was your inspiration for the story and where did you get the idea for the characters – why a frog?

I was inspired by my daughter. Having a child something changes in you. It’s no longer about you anymore, it’s what can you do to inspire your children and other children. So a month after she was born after so many people telling me that their children love my comedy, it left me to unleash my creativity and create a children’s book that young children (2-5) will enjoy. I also selfishly wanted in a few years for my daughter to show off to her friends, “why don’t you read my daddies book!” I made it a Frog, as I love frogs.

4# How did you set about bringing the story to life and what did you learn about the writing and publishing industry along the way?

I just had a vision for how I wanted things to be and just went about creating that world. The publishing industry is not as easy as appears and you have to do your groundwork.

5# Can we expect a series of books, and or maybe a screen adaptation? 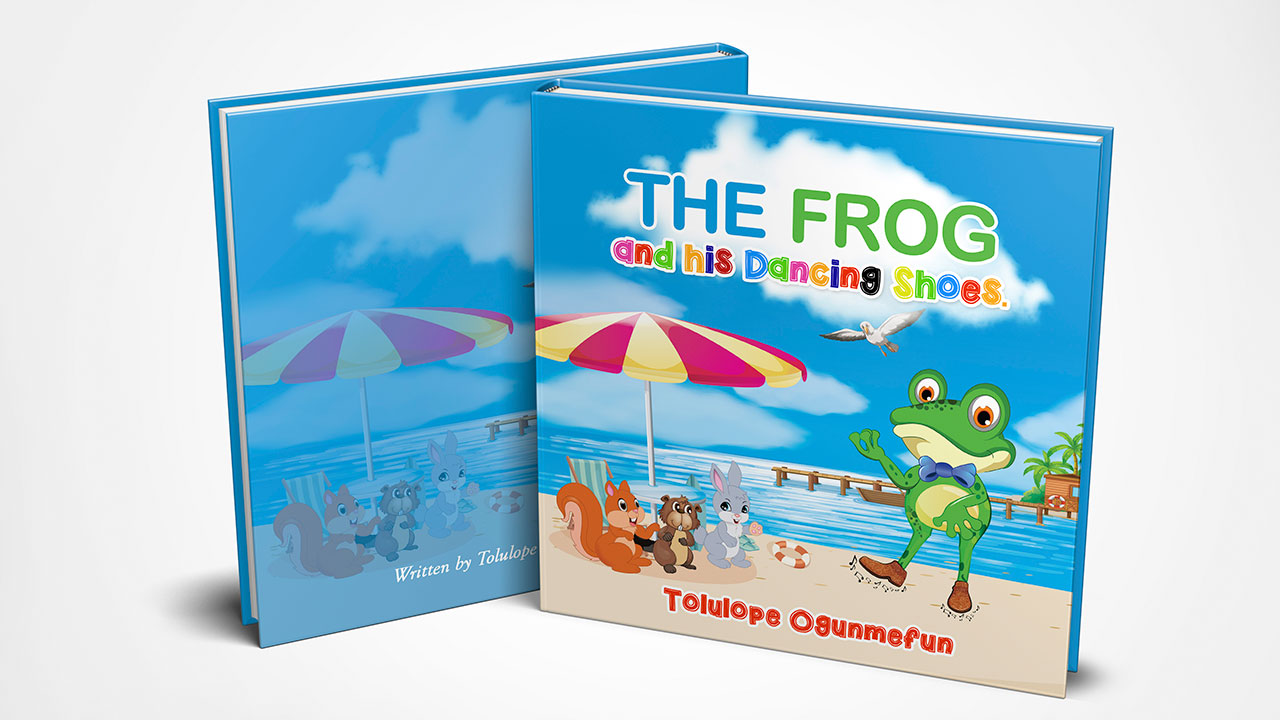 6# You’re a father now, how are you finding the experience?

Loving it. It feels amazing. It actually feels so surreal going from it just being me and my Mrs to another person in the family but I’m loving it. Obviously, the extra responsibility is making life very real but it’s helping me focus my creative energy.

Funny enough I called them recently and said those exact words

8# What has been your favourite moment of your career so far?

We’re doing the school tour so just enjoying that at the moment!

10# What was your favourite book/character growing up?

To get your copy of The Frog and his Dancing Shoes go to djmbooks.com