WHAT: ‘Kiss Me First’

WHO: Simona Brown captivates in both real life and virtual reality as the playful and impulsive Tess who successfully catches the eye of Leila (Tallulah Haddon) and the audience alike.

WHEN: Now Available on 4 On Demand

Season 1 Episode 1
‘Kiss Me First’ brings the technology of the near future to our screens in the present. Meshing the muted and harsh reality of the real world with the endless possibilities of a virtual reality; with the beautiful CGI to match.

The series begins with Leila just after the death of her mother. We see she is someone who has been failed by those around her as she is offered no help to deal with living alone at 17 years old. It’s no surprise that Leila finds her escape in virtual reality game Azana which allows its users to fight, explore and live in its virtual world. The show’s selling point is the way it switches between live action and CGI to show the gameplay. During a sparring match, between Leila’s game character (Shadowfax) and another gamer, we are introduced to the mysterious character of Tess (Simona Brown) who Leila is initially unable to follow into the virtual forest. When she later makes it into the forest, she finds a paradise not a part of the game’s servers, inhabited by a gang of misfits who call themselves Red Pill (a reference to the red pill from The Matrix).

The beautifully crafted paradise is the brainchild of the secretive and downright creepy player Adrian (Matthew Beard) who has also created a Sense Band that allows gamers to feel what their characters feel, pleasure, pain, everything. In the real world however, Leila’s life isn’t nearly as interesting. She gets a job at a café to help pay for her council tax and a new roommate who stays in her recently deceased mother’s room. That is until Tess, a member of Red Pill, finds her in the real world. Her laidback, outgoing and seductive nature forces Leila out of her shell going to a rave at Tess’s place of work. Yet at the same time, it is obvious that Tess can’t be completely trusted especially when Leila tries on Tess’s headset assuming her character in Azana and spying on Adrian.

The end of episode 1 exposes the more sinister uses for the virtual reality, the true basis for the show’s storyline.

Kiss Me First attempts to tackle the dependency younger generations have on technology and social media, and for the most part, it is successful. Providing insightful and well-executed commentary. However, it’s not entirely original. We’ve seen this before with Spielberg’s recent blockbuster hit ‘Ready Player One’ and ‘Black Mirror’ episode (‘San Junipero’). Kiss Me First is another virtual-reality-gone-wrong story except this time with six episodes. Maybe not the fault of lazy story writing, and rather bad timing as the show is based on the 2013 novel by Lottie Moggach with the same name. Perhaps, if the show had come out earlier then, I would instead be commenting its uniqueness.

There is a reason this is such a used narrative though; it’s so damn interesting. The technology is something which is not that far off from what we have now and the exploitation of it doesn’t take much to imagine happening. Kiss Me First also shows what we can do with technology now, with stunning visual effects even without the million-dollar budget of a Hollywood movie.

Overall this is an ambitious attempt at recreating an ambitious novel that, for the most part, works. Despite being something that we have seen before, this iteration of the story is still fresh with new perspectives. The show is fun, flirty and dark all at the same time and I am interested to see where Leila and Tess end up. 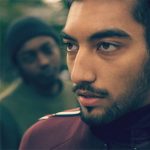 Who:  The series stars Nabhaan Rizwan as Raza Shar who after some back luck and a stint in prison becomes an informant for the London Counter Terrorism Special Unit

Sharon D Clarke plays DCI Rose Asante a part of the London Counter-Terrorism Special Unit. DCI Asante is a strong no-nonsense character who does whatever she can to get results. Her main purpose is to keep London safe by any means necessary.

What: Don’t Hate The Playaz 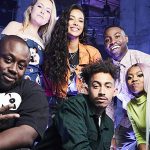 What: Black Hollywood: They’ve Gotta Have Us 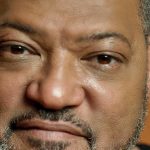 Why: The second episode of the 3-part series follows the success if black filmmakers and the emergence of black-lead genres such as those following the life of the black working class with Spike Lee leading the way with the successful film ‘Do The Right Thing’. The episode also explores the Success of stars such as Will Smith and Denzel Washington.

What: Half Of  A Yellow Sun 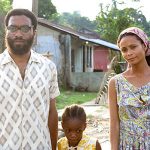 Why: Based on the award-winning best-seller by Chimamanda Ngozi Adichie. Follows the dramatic turn that the lives of twin sisters Olanna and Kinene took during the civil war in 1960’s Nigeria.